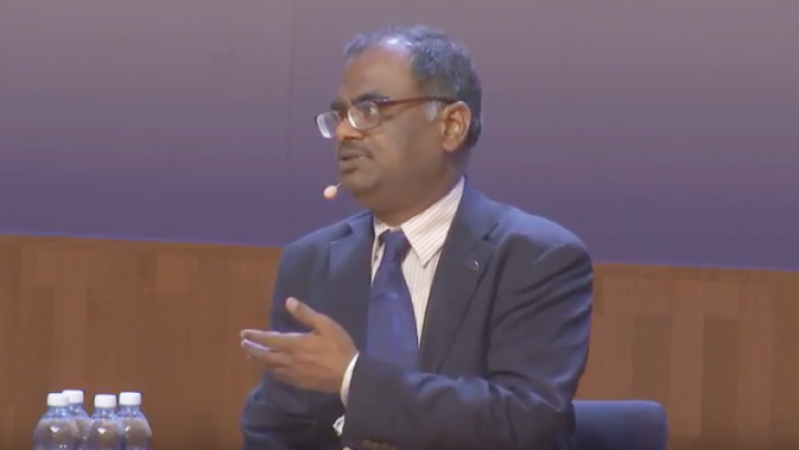 A circular economy is one in which maximum use is made of resources through re-use, repair and recycling. It is becoming the consensus economic model, replacing the wasteful extractive linear system of manufacturing and consumption, in which products are disposed of quickly after use.

Speaking at the June 5 and 6 gathering in Helsinki about opportunities and business models in circular economies, Dr Anbumozhi said, 'WCEF2017 delivered a hopeful message. Nations have developed many rich and varied solutions to make our economies more circular. Working to the full potential of the circular economy will create business opportunities and new jobs, and by doing so we can also dramatically cut carbon emissions.'

Japan's State Minister for environment Tadahiko Ito, speaking at a discussion panel on the forum's opening day, said "We're talking about transitioning to a system that doesn't generate value by extracting and depleting, but instead looks at rebuilding natural, social and economic capital."

Discussing experiences in Asia, Dr. Anbumozhi explained, 'Asian countries are also prepared to take the lead on these issues and show the world that the transition to a circular economy is possible and profitable.'

He noted the importance of partnerships in research, business and innovation and of knowledge and technology sharing, and highlighted 'lots of opportunities for partnerships between the Nordic countries and Asia.'

Dr Anbumozhi also stressed the role of non-governmental actors in the switch to a circular economy. 'The transition is accelerated by businesses, researchers, activists and consumers. It is driven by market demand and common sense.'

Policy makers, however, must also create smart and coherent tax and public procurement policies and support research and development in order to make the move faster and smoother, and to maximize benefits to people and the economy, he said.

Further research is also needed on how to compensate those who lose out in the switch to this new economic model, he added, citing the example of Japan, which was able to absorb its de-commissioned incineration industry into a reformed recycling sector.

State Minister Ito said the Japanese government plans to make the 5,000 gold, silver and bronze medals to be awarded at Tokyo's 2020 Olympic and Paralympic Games from discarded electronic devices, including mobile phones and is inviting the Japanese population to hand over unwanted devices.

'These medals will be a permanent reminder to the Olympic champions of their achievements, but will also send a strong message of circular economy around the world,' he said. A nationwide commitment, a strong collection system and ensuring the right technology is available are key to the program's success, he added.

Japan currently recycles 98 per cent of all metals, including 80 per cent of car parts, in a recycling sector that employs 650,000 people and makes up 7 per cent of GDP.

Kenya's environment secretary, Alice Kaudia, focused on the need to manufacture without waste or pollution, and to calculate the costs of negative externalities of production and consumption.

Delegates also agreed that creative and innovative solutions are needed for a successful transition. UNEP's co-chair of international resources panel Janez Potocnik pointed to Finland's new tax reductions on repairs of white goods and a VAT cut on repairs of bicycles, clothes and shoes as examples of good practice.

The World Circular Economy Forum 2017 was attended by 1,500 delegates from 105 countries. Experts discussed the achievability and financing of a circular economy and its role in poverty reduction and meeting sustainable development goals. In addition, they looked at innovation challenges, technology, forest-based bio-economies and climate change mitigation and supporting growth of small and medium enterprises.

In 2016, ERIA published a report on the rationale for and approaches to the circular economy, as evolving from Australia, China, India, Japan, South Korea, and Germany and from the mining and manufacturing sectors.