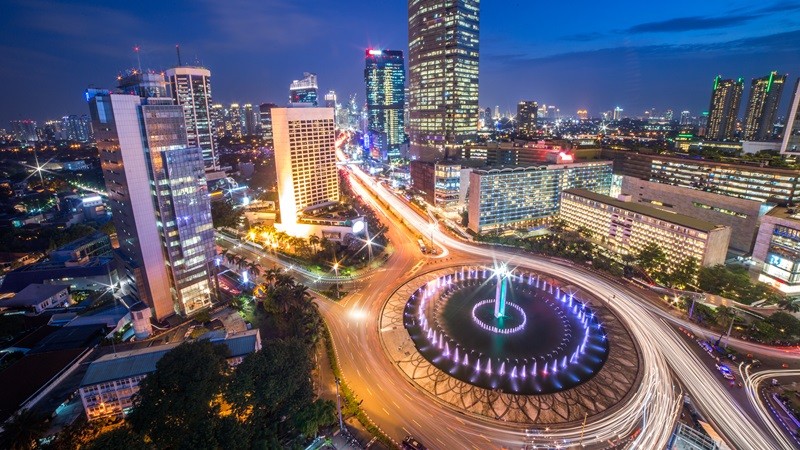 Many eyes are on Indonesia, questioning the attractiveness of the country as an investment destination amid significant rupiah depreciation. Is it still smart to put money into the country? Will the country survive the exchange rate depreciation? Or is the country turning towards protectionism? These are some of the questions posed by many Indonesia observers, especially global investors.

The short answer is that there are still many robust medium and longer investment prospects in Indonesia, especially for direct investment. The current rupiah depreciation masks the abundant potentials the country offers.

The current depreciation of the rupiah is the result of external factors, most notably the increase of US federal interest rates.  It is not permanent and should not be the basis for analyzing the prospects of the country.

Normally capital accounts have served as a mechanism to ‘manage’ the country’s balance of payments. Until the last quarter of last year, surplus capital accounts have been able to fill the deficit from current account transactions.  But this has not been the case for the past two quarters. Large capital outflows to the US in recent months - mainly from portfolio investors - has disrupted the balance of overall transactions resulting in a weaker rupiah.

As some analysts have argued, when the balance of payment is adjusted, there will be ‘new equilibrium’ which reflects a new payment structure most likely with decreased portfolio investment, at least until current capital outflows stop.

But this situation offers a chance for the country to strengthen the new, but much healthier, balance of payment structure by aiming to increase inflow of foreign direct investment (FDI) or increase net exports.

The impact of this new structure on the real sector provides impetus for more sustainable economic growth in the future. In fact, this situation creates an excellent opportunity for Indonesia to widen and deepen reforms to generate more export revenue and invite more FDI. Some of the government’s responses to the current situation indicate this is already happening, for example, reforms to increase revenue from tourism.

It is important for Indonesia to amplify the momentum for further reforms; in fact, the country has already started the process.  Institutional reforms, such as  improving tax administration and cutting energy subsidies have been undertaken to improve governance and generate more fiscal room for other productive uses of the state budget.

Over the past decade, Indonesia has successfully implemented policies and programs aimed at improving trade and investment facilitation. The Indonesia National Single Window (INSW), for example, is an initiative that should make Indonesia proud. Within less than a decade, the country has developed the INSW to a level approaching global standards. More recently, the One Stop Shop (OSS) aims to lower bureaucratic costs for investing in Indonesia, targeting both domestic and foreign investors. While there are still implementation issues, INSW and OSS mark bold efforts to stay on course for greater growth potential in the future. A lot of ‘red-tape’ has been slashed under these two projects.

Infrastructure development is another priority of the current government.  Budget reallocation – from 200 trillion Rupiah in 2014 to 420 trillion Rupiah in 2019 - has doubled in four years, thus ensuring sufficient room for infrastructure projects. Large part of this budget comes from the reallocation of energy subsidies, marking one of the most successful government reforms to date. This was in addition to an instruction to many state-owned enterprises to increase their leverage and develop more infrastructure projects.

The push for infrastructure has started to show results. Within less than four years more than 12,000 km of roads, eleven new airports and more than 300 km of rail-link has been built.  Indonesia has also implemented 85% of a 35-gigawatt electricity project. All this, without a doubt, increases the potential for faster growth.

While the reform momentum is impressive, it is also encouraging to see that Indonesia’s responses to the current macroeconomic situation support globalization. This is very important to underline, given global sentiments towards inward orientation and protectionism.

Even the increased tax on imported goods, which was passed as part of fiscal measures to reduce the current account deficit – applies only to consumption goods, and never intermediate inputs, reflecting a clear understanding within the government of the importance of exports to reduce the deficit.  Likewise, this government has not issued new non-tariff measures which have sometimes been used by previous administrations to reduce imports.

All this reflects the fundamentally ‘correct’ attitude adopted by the government in dealing with the current account deficit, which is focused more on increasing revenue rather than on slashing expenditures.

In response to the questions above, these reforms should indicate to investors, both domestic and global ones, that Indonesia is indeed an investment-worthy country. Growth potential is increasing, governance and efficiency is improved, and fiscal and monetary policy is robust.

But the most important message is that Indonesia supports globalization. As we all know, the world is watching the trade wars between the giants which may adversely affect global economic growth and welfare. Believing in the value of freer trade and openness in general should then reaffirm Indonesia’s top position as  investment. 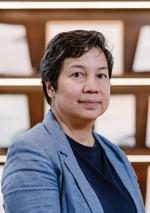 ERIA's Senior Economist Fauziah Zen is a faculty member of Faculty of Economics and Business, University of Indonesia. She is also a visiting professor in Hitotsubashi University and a guest lecturer in University of Tokyo, both in Japan. With more than 15 years of experience under her belt, her current research includes various subjects in Infrastructure Financing especially Public-Private Partnership (PPP), ASEAN Connectivity, Social Security, and Disaster Risk Resilience within East Asia region. She obtained her Bachelor and Master of Engineering from Institute of Technology Bandung, Indonesia, and Master and PhD from Hitotsubashi University, Japan. 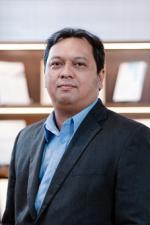 Dionisius Narjoko received his PhD in Economics from the Australian National University. His dissertation was awarded The Ann Bates Postgraduate Prize for Indonesian Studies 2006. His research covers industrialisation in Indonesia and Southeast Asia, economic integration in ASEAN and East Asia (focusing on ASEAN Economic Community (AEC) Blueprint and regional economy architecture), and topics in economic development, such as small and medium enterprise, and interrelationship between human capital and economic growth.

As part of his role in ERIA, Dr Narjoko provides evidence-based policy recommendations to a number of ASEAN Member States on topics related to AEC or regional integration in general. Dr Narjoko is also active in ‘second-track’ policy discussion for various topics, extending the link from his previous affiliation with the Jakarta-based think-tank Centre for Strategic and International Studies (CSIS). Dr Narjoko also once taught at the Faculty of Economics, University of Indonesia. He co-authored and co-edited books and published book chapters, policy papers, and articles in peer-reviewed journals in the past ten years. He also serves as Associate Editor of Asian Economic Journal and Jurnal Ekonomi Pembangunan Indonesia.