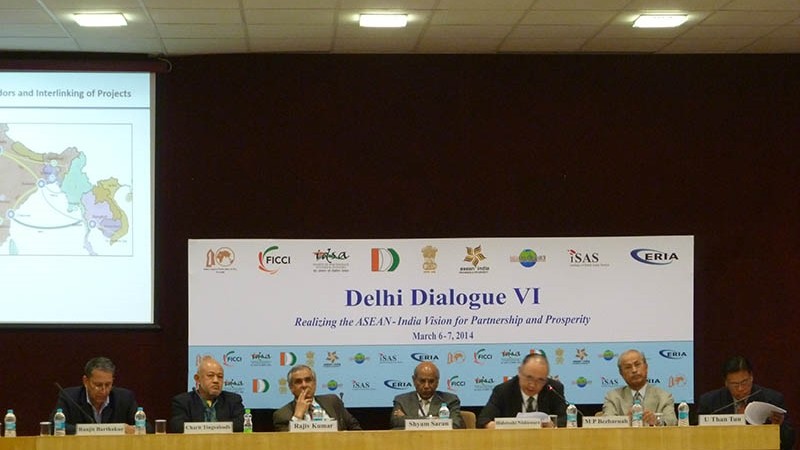 Prof. Hidetoshi Nishimura, Executive Director of ERIA, was invited to the Delhi Dialogue VI which was held on March 6-7, 2014 in New Delhi, India. The theme for this year was "Realizing the ASEAN-India Vision for Partnership and Prosperity".

The Delhi Dialogue is an annual international conference of political and economic leaders, officials, academics and opinion-makers of ASEAN countries with their Indian counterparts to discuss how to intensify and broaden political, strategic, economic and civil society interaction between ASEAN and India.

The topics of discussion for this year's Dialogue included the 'Role of North East India in India's Look-East Policy,' and 'Regional Architecture in Asia Pacific: Roles of India and ASEAN.'