ERIA Meets with US Ambassador to ASEAN 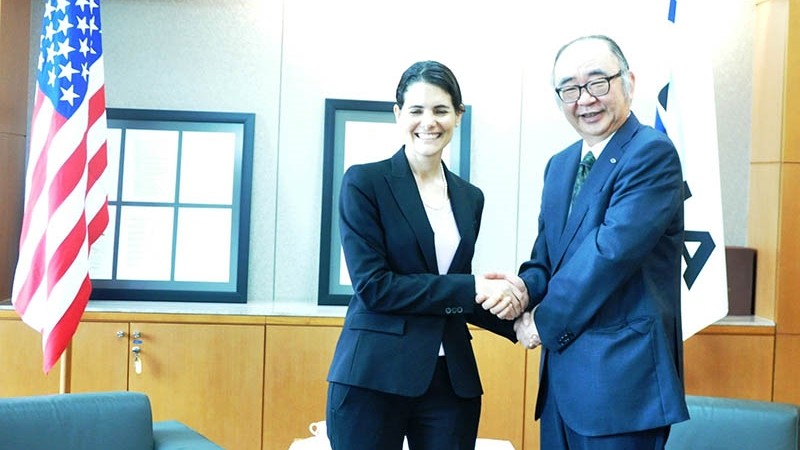 Prof. Nishimura explained the origin of ERIA and its organizational structure, and he introduced several flagship project reports to the Ambassador. He also emphasized the critical role of ERIA in the ASEAN community building process and its status as a Sherpa organization to ASEAN and East Asia Summit.

The Ambassador noted ERIA's works, especially those related to the ASEAN Economic Community (AEC). Her Excellency noted ERIA's function as a common asset in the region and looked forward to working closely with ERIA. Both dignitaries agreed to continued interaction and sharing of information to support the AEC in 2015 and into the future.