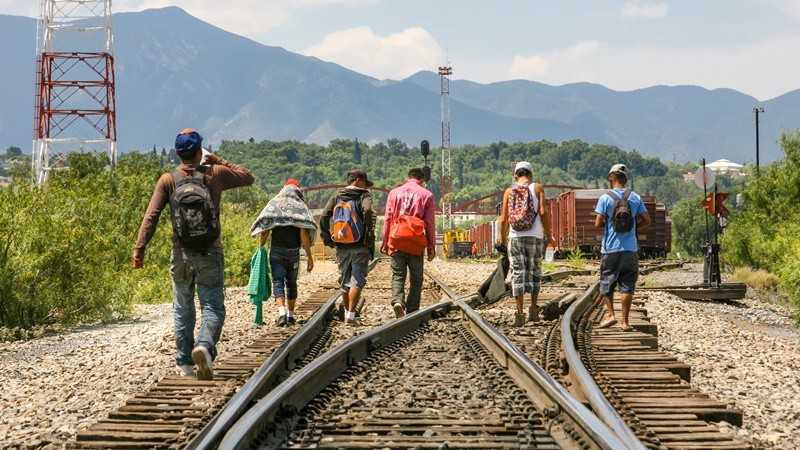 By Mr Kavi Chongkittavorn, Senior Communications Advisor:  As 2020 comes to a close, the coronavirus outbreak at a seafood market in Samut Sakhon has been a blessing in disguise. It is a stark reminder that the health of migrant workers is pivotal for the country's fight against the Covid-19 pandemic. Thai people are not safe until all migrant workers are safe. This is not the time to play the blame and shame game -- something politicians tend to do all too often.

After some confusion and denials, Prime Minister Prayut Chan-o-cha has finally come to grips with the serious condition that the migrant workers, especially those from Myanmar, are facing. He was quick to admit that the recent infections did not come from the migrant workers residing in the country but rather from the recent group of foreign workers smuggled across the Thai border. Earlier a blanket allegation was made that the workers from Myanmar were the source of the outbreak.

Gen Prayut has reiterated that the epidemic cycle must be cut off and that all state agencies must remain vigilant. The Interior and Labour ministries must improve their efficiency in handling cases related to migrant workers, as irregularities and exploitation are partially due to existing loopholes and transgressions. He urged the public to report any wrongdoings and suspected corruption cases to the Prime Minister's Office and indeed, a few cases have now been reported.

The cabinet this week will consider on the issuance of temporary work permits or pink cards as an emergency measure to include undocumented workers in the system. But more could be done in a more holistic way that would provide these workers with better protection both at their workplaces and in their lives in the future. Sustainable ways must be found to ensure these workers are covered by the health security system.

Random interviews in November with some migrant workers in Mahachai showed that little attention is given to their general working conditions. Three shortcomings were highlighted -- no proper personal protective equipment, no social distancing due to crowded working areas and no regular monitoring of body temperature. Without proper health and working conditions, they must be considered as high-risk groups.

As of Dec 15, there were a total of 275,782 workers comprising 243,617 from Myanmar, 13,200 from Laos, 9,640 from Cambodia and 9,317 from other countries. More positive cases are unavoidable as testing increases among the workers. With the city under lockdown until Jan 3 and large numbers in quarantine, the roles of local authorities and communities are crucial in providing support and humanitarian assistance to the victims of outbreaks.

After the outbreak was reported on Dec 19, officials from the Ministry of Foreign Affairs and Myanmar embassy rushed to Samut Sakhon the following day to work out a plan of action to quell public panic and guarantee workers' livelihoods.

Myanmar's Aid Alliance Committee, a migrant rights group, has also helped in providing assistance. Volunteers who speak the Myanmar language were also on hands to help with the translation.

On the ground, three major issues have been identified. First, due to the lockdown, the majority of workers face difficulty in obtaining food and daily necessities. They have asked the government and Myanmar's government for assistance.

At this juncture, local charities from both countries are helping with food. Secondly, the workers are stressed, as they find themselves without jobs and without money.

At the moment, both the Thai and Myanmar governments are considering ways to assist them until the spread of the virus subsides. Some joint activities are being planned to relieve their hardship. Two additional field hospital are built to cope with the increased patients.

Above all, most of the untested workers are fearful of being detained if they show up for testing. The authorities have already announced that nobody will be detained when they report for testing regardless of work status. The same guarantee was given by Samut Sakhon governor Veerasak Vijitsaengsri who has urged the workers' community to test for the virus.

The Samut Sakhon outbreak had already spread out to more than 40 provinces by the weekend forcing agencies to rethink their measures to deal with future inbound travellers as efforts to prevent the spread of coronavirus continue.

The country has now been divided into four zones. Red zones require maximum control while orange zones also need control as they are adjacent to red zones and where there are more than 10 Covid-19 cases. The other two are high surveillance areas with fewer than 10 infections or no infections respectively. As such, Samut Sakhon is in the red zones while Bangkok, Ratchaburi, Nakhon Pathom and Samut Songkhram have been labelled orange.

Lest we forget, although national attention is now focused on imported infections, there remains 33,269 overseas Thais who are waiting to return home. They have to go through some stringent procedures before they can come back which has caused some criticism among their families and friends.

However, with the surge of imported infection together with the reported new variant of the virus, the authorities are not lowering their guard. As of now, a total of 145,254 Thais and 54,461 foreigners have entered the country throughout the year. Among the Thais, 1,985 cases of infection have been reported, or 0.75% of all inbound travellers.

The plan to open up the country next month for tourism has been scrapped given the severity of the new outbreak as well as the overall global hike.

There is hope the vaccine jabs in various countries will help to loosen up some travel restrictions in the foreseeable future. But for now, tourists will have to wait until the second quarter or later before Thailand can think about welcoming them again.