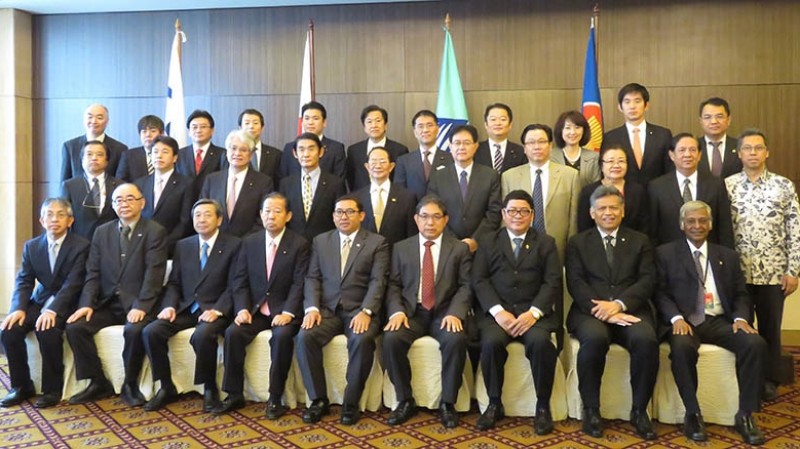 ERIA organized the 'Dialogue between Members of the ASEAN Inter-Parliamentary Assembly (AIPA) and the Members of Parliament of Japan' to discuss ASEAN-Japan cooperation on disaster management and the role of ERIA in this effort.

In his remarks, H.E. Mr. Nikai encouraged AIPA members to frankly express their expectations in regards to Japan. H.E. Mr. Fadli Zon, Indonesia's Vice Speaker of the House of Representatives for Politics and Security, encouraged AIPA members to promote the Sendai Framework for Disaster Risk Reduction 2015-2030, stressing the importance of the ASEAN-Japan cooperation.

Dr. Surin Pitsuwan, former Secretary-General of ASEAN and now Special Advisor to President of ERIA, emphasized that the Japan-ASEAN relationship has always been productive at his concluding remarks. He also urged AIPA members to establish a caucus to support ERIA among ASEAN countries, which is similar to the Japanese ERIA parliamentary league.