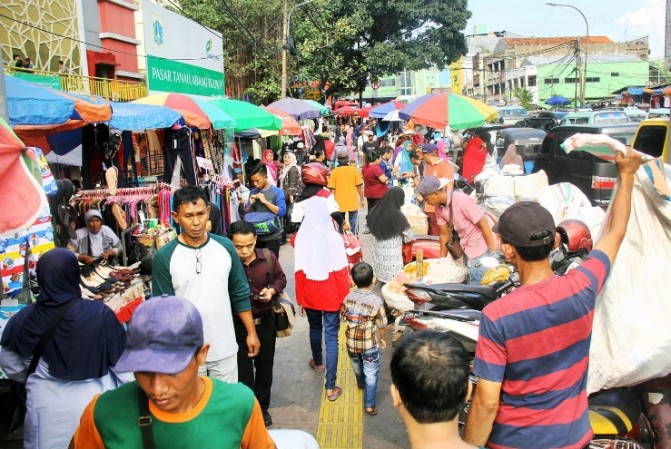 Note: This article was originally published in The Jakarta Post on 19 April 2018. ERIA's Economist, Dr Rashesh Shrestha, is the author.

One startling figure about recent global growth is that 82 percent of all the wealth created last year went to the top 1 percent. After focusing on economic growth for a number of decades, developed and developing countries alike have been increasingly concerned with equality. (Read the paper edition here).

Photo caption and credit: People walk along a sidewalk on Jl. Jatibaru Raya in Tanah Abang, Central Jakarta, on Monday. The sidewalk of the street, which was controversially closed to public traffic, has remained busy with street vendors and visitors amid the dispute between the Jakarta administration and parties opposed to the policy. (JP/Steven)