The research objectives for the current year were to confirm details such as the existence of gaps in the supply and demand of statistical data within the manufacturing industry in East Asia, the significance of establishing manufacturing statistics and the relationship between primary and secondary statistics and to study the future direction of the Grand Design. The principle objective of this workshop was to share the results of the studies carried out by each member, as well as to discuss the main goal ahead which is the Grand Design.

Based on the discussions developed during the workshop, the final report as well as the policy recommendations stated on the same was created. 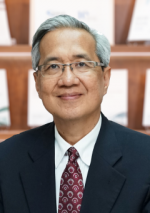