Delegation of the National People's Congress of China Visits ERIA 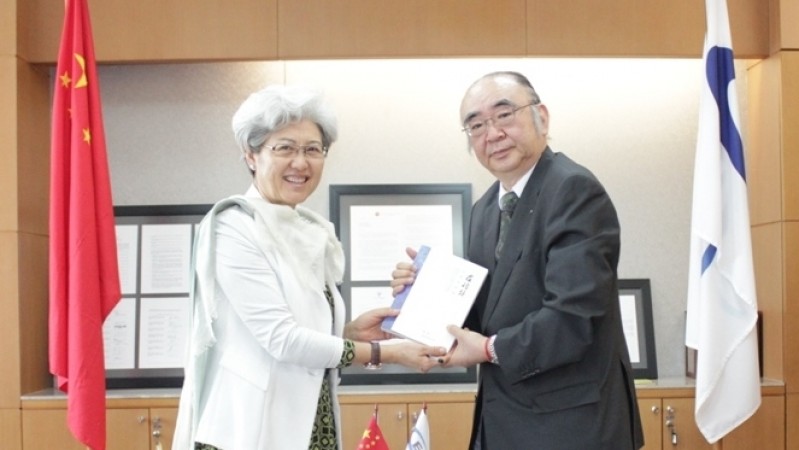 The delegation of the National People's Congress (NPC) of the People's Republic of China led by H.E. Ms. Fu Ying, Chairperson of the NPC Foreign Affairs Committee visited ERIA on December 5, 2014. H.E. Ms. Yang Xiuping, Ambassador of China Mission to ASEAN also visited together with the delegation.

Prof. Hidetoshi Nishimura, Executive Director of ERIA expressed his appreciation on their visit and briefed H.E. Ms. Fu Ying on the progress of ERIA and latest achievements from the 9th East Asia Summit last November. Each Economist introduced their major research product and exchanged views on a number of regional challenges under ASEAN Community building.

During the meeting, the delegates acknowledged that it is important for ASEAN to maintain its centrality and the momentum beyond 2015. "For this, ERIA can play an important role and ERIA's thinking product will be valuable for the region." H.E. Ms. Fu Ying said. Her Excellency also looked forward the Symposium on Regional Economic Integration and EAS which will be held from December 15-16, 2014 in Beijing, China by Chinese Academy of Social Sciences (CASS) and ERIA and said that both organizations are actively promoting regional integration.