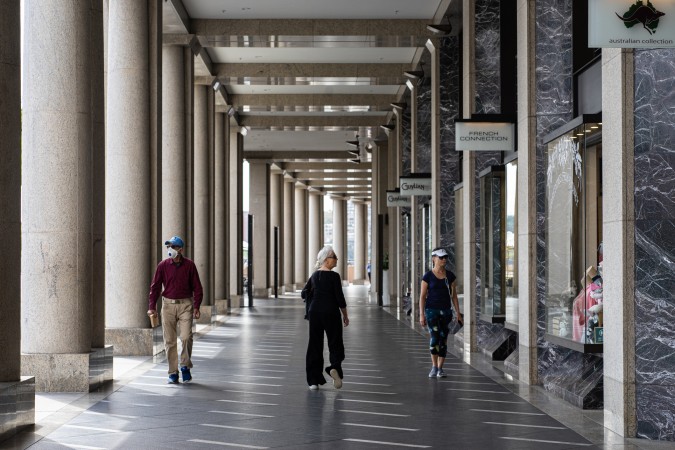 By Kavi Chongkittavorn, Senior Communications Advisor:  Faced with the Covid-19 pandemic, several countries have given special powers to their leaders, regardless of the political system in place, to ensure that they can manage and fight the virus efficiently and in a timely manner. There is a high level of anxiety and fear, however, that these special powers, once granted, will be misused in the name of fighting the pandemic. Worse still, in certain countries there is a strong possibility that the special powers might continue and subsequently become a permanent feature in the months and years to come.

How leaders and their citizens are interacting with one another during the coronavirus crisis provides some clues to the future exercise of power.

During emergencies, freedom of movement can be severely restricted -- such as through a lockdown -- modes of production can be altered and freedom of expression curtailed. As the virus continues to spread and cause death all over the world, the use of emergency powers may become even more stringent and nationalistic if the curve fails to flatten.

Both in developed and developing countries, there have already been huge outcries from local populations and stakeholders regarding the granting of emergency powers to ruling parties. For instance, last week the European Union was among the first to issue a warning to its members not to use measures to fight coronavirus for self-interested political objectives.

European Commission President Ursula von der Leyen minced no words in reiterating that it is of the utmost importance that emergency measures do not come at the expense of our fundamental principles and values.

Even without naming names, her statement clearly pointed the finger at Hungary's Prime Minister Viktor Orban, who has become the top authoritarian leader among EU members. The Hungarian parliament last week passed a law that indefinitely extended the state of emergency. It introduced jail terms of up to five years for any person deliberately spreading misinformation that hampers the government's response to the pandemic.
Obviously, with such a broad definition, European bureaucrats and human rights defenders are concerned that the law could be used to infringe on people's rights as well as censor news or criticism of the government's actions.

If Hungary can get off scot-free with its new legislation without any reprimand from the EU Commission, chances are other members may follow suit. After all, in the past two years, some of the new EU members have constantly challenged Brussels with their own initiatives regarding key issues such as immigration matters.

In this part of the world, Japan and Thailand have also passed laws over the past weeks to give their leaders extra powers amid the battle against the pandemic. Cambodia has already seen a draft bill sent to parliament for approval that would give Prime Minister Hun Sen sweeping powers to deal with pandemic-related matters. These three Asian countries provide interesting contexts to understand the nature of their political systems, leadership styles and the public perception of granting emergency powers.

In the case of Japan, Prime Minister Shinzo Abe had appeared reluctant to use his emergency powers despite earlier requesting them. But media reports yesterday suggested that he would impose a state of emergency as early as today in the parts of Japan most heavily hit by the spread of the coronavirus.

Mr Abe wanted to make sure that he has the power if need be to impose a state of emergency in certain areas to stop the spread of the virus. The emergency powers, which will last for two years, grant him, among other things, the power to make people stay indoors, to requisition private land and property to provide medical care, and limit opening hours of department stores and cinemas. Japan has efficient checks and balances, which prevent politicians from using emergency power for political gains.

Last week, Tokyo governor Koike Yuriko mapped out steps to be taken if her city did come under a state of emergency. Japanese people themselves have been calm and are following the government's instructions intuitively. In recent weeks, the number of new cases in the Japanese capital have doubled, which have reportedly influenced Mr Abe course of action.

The situation in Thailand is quite different. The country has a bad reputation when it comes to using emergency powers or rule by decree. The Thai public does not trust the government, military or civilian, and its propensity for using power for political gains. Thailand was under military rule for five years from 2014-19 under Prime Minister Prayut Chan-o-cha. Both international and local human rights organisations have recorded a long list of rights abuses and violations under his reign.

This time around, however, it must be noted that Gen Prayut is a leader under an elected government. He has to be extremely careful with his emergency powers.

Both opposition parties and civil society organisations are watching him closely. Already, some veteran politicians have criticised him for not using yaa-raeng, or 'hard measures', earlier to curb the virus outbreak. Even former public health minister Khunying Sudarat Keyuraphan advocated a lockdown for the country in early March to stop the virus. Such a dramatic measure under an elected and civilian government would be next to impossible to implement.

The government is well aware that any declaration of emergency to handle particular situations apart from a political crisis, which in the past has essentially been aimed at halting confrontation and violent conflicts, such as the current pandemic, must be done in an incremental way. Although Gen Prayut has emergency powers, he did not declare a curfew immediately. Last Friday, before he imposed the 10pm-4am nationwide curfew, the Bangkok Metropolitan Administration had already announced a curfew from midnight to 5 am, banning operations of night establishments and restaurants before it was overruled.

Although the emergency decree will come to an end on April 30, it could be extended. Those additional powers could last several more months or cross over into next year if the outbreak cannot be stabilised. As such, there is fear that Gen Prayut may abuse his power.

Ruling by decree or emergency power is not as simple as it seems. In Japan, Mr Abe earlier resisted using the emergency powers fearing a backlash despite the desire to save lives. Although protecting life is important, preserving democratic governance cannot be discarded. He had been constantly under pressure to declare a state of emergency.

In Thailand, the present imposition of curfews at a time of non-political crisis could easily become politicised, and the government must therefore walk a tightrope, balancing the need to fight the pandemic while keeping the current political climate intact.