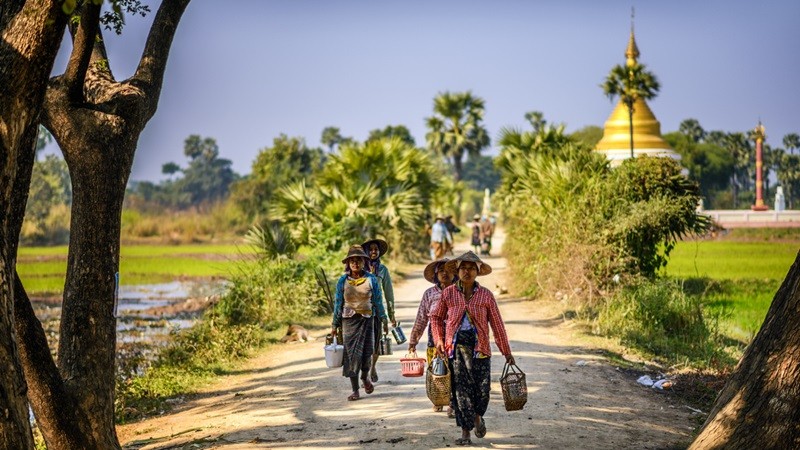 Dubbed Southeast Asia's last frontier market, Myanmar has been one of ASEAN's most high-profile destinations for investors since the country's opening.
There are concerns about the pace of reform in Myanmar, but according to preliminary results from a survey conducted by the Singapore Institute of International Affairs (SIIA) on 'Foreign Investor Perceptions of ASEAN's Market Potential', the business community remains upbeat about Myanmar's growth potential.

This is not a flash in a pan. A recent study conducted by the Economic Research Institute for ASEAN and East Asia (ERIA) also found that investors are 'returning their focus towards ASEAN', and a key factor is the rise of Cambodia, Laos, Myanmar and Vietnam, collectively known as the CLMV countries. For example, the ERIA report found that Japanese multinational companies (MNCs) have increased their business operations in Myanmar by close to 1000 per cent in just over six years.

However, the region faces dampening global prospects for trade and investment. Major economies have seen a rise in anti-globalisation sentiment, a trend punctuated by Brexit and US President Donald Trump's decision to pull out from the Trans-Pacific Partnership (TPP).

Currently, the CLMV countries have the lowest wage costs in ASEAN, led by Myanmar at just over US$2000 per annum in 2016, compared to US$6000 in Thailand. However, while Myanmar remains a cheaper destination in absolute terms, its year-on-year increase in wages is 6.5 per cent, compared to just 1.7 per cent in Indonesia and 4.4 per cent in Malaysia.

Despite the global rise in protectionist sentiment, ASEAN should still remain open to trade and investment. However, present circumstances mean that instead of relying solely on exports to the West for growth, ASEAN member states should also focus on regional integration via the ASEAN Economic Community.

The ERIA study highlighted ASEAN's infrastructure gap and need for "better regulations" as two key areas for improvement. In particular, ASEAN needs to improve transport infrastructure, as this will provide both an immediate boost to the construction sector as well as fuelling long-term economic growth. Along with improving infrastructure, smoothening regulations will help to reduce business costs and attract major investors. This form of regional integration has the potential to become what ASEAN needs - a new form of comparative advantage.

However, for CLMV countries, efforts to maintaining investor interest cannot stop at regional integration. CLMV countries must strive to narrow their national income gap, build strong SMEs and nurture local industries. Such a strategy will not only help to improve investor confidence, but will also form the basis of sustainable growth and domestic consumption that does not rely on foreign MNCs to provide job creation and FDI.

By 2050, ASEAN is slated to become the fourth largest economy in the world, if taken as a whole. The rise of the CLMV countries is a major factor in that growth and will drive investor interest in ASEAN, but in light of challenging global circumstances, ASEAN countries, and the budding CLMV economies in particular, need to continue working towards regional integration and narrowing internal development gaps.

Understanding ASEAN: Seven things you need to know [McKinsey, May 2014]

ASEAN as an FDI Attractor: How Do Multinationals Look at ASEAN? [ERIA Policy Brief, January 2017]