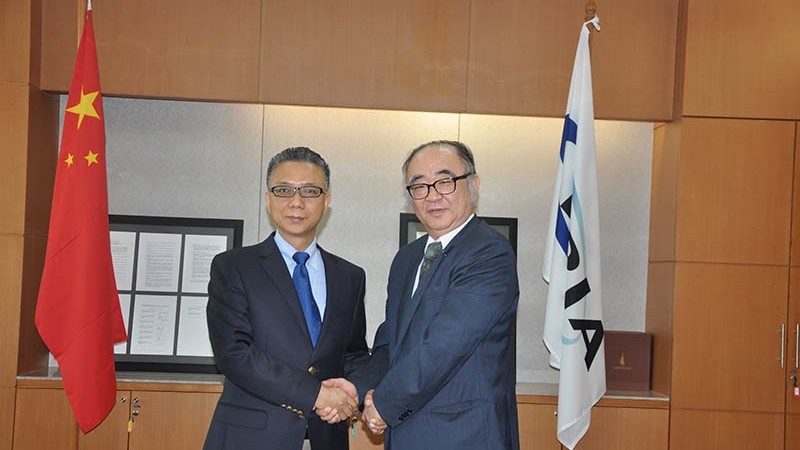 H.E. Xu Bu, the Ambassador of the People's Republic of China to ASEAN, visited ERIA and met with Prof. Hidetoshi Nishimura, President of ERIA, on 29 June 2015.

Because China established a domestic single market through logistics liberalization, which was an obligation for China to join the WTO, China succeeded in greatly accelerating its economic growth and it achieved a doubling of GDP in five years from 2001 to 2006.

He said that 'the success of AEC will create similar size economic region. ASEAN has benefited from China's history of success in its community building efforts.'

The Ambassador noted ERIA's work in the region and looked forward to working closely with ERIA in the future.