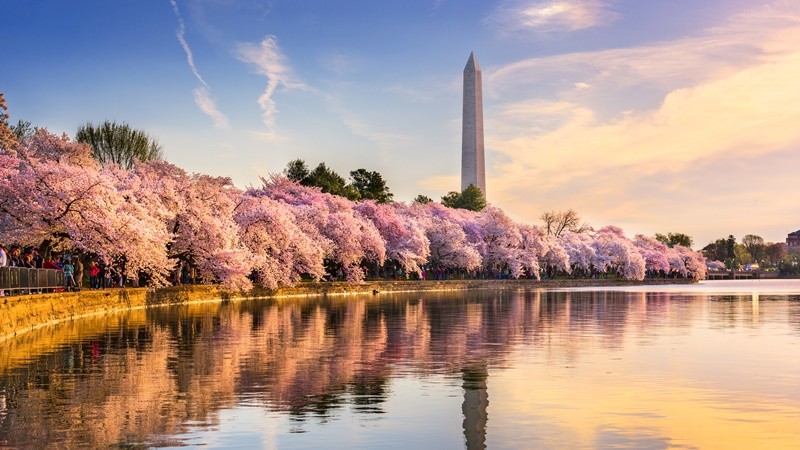 The confirmation of Samantha Power last week as the new head of the US Agency for International Development (USAID) was overshadowed by President Joe Biden's speech marking his 100 days in office. With an annual budget of US$41 billion (1.28 trillion baht), her organisation can shift and change the direction of US foreign policy around the world.

When she was nominated three months ago, Biden hailed her as a world-renowned voice of conscience and moral clarity, who will challenge and rally the international community to stand up for the dignity and humanity of all people. He added that her expertise and perspective will be essential for the US to reassert its role as a leader on the world stage. There is little doubt that Mr Biden wants to use foreign assistance as a key tool to accomplish the US's broader foreign and strategic objectives.

Most importantly, beyond the long-standing programmes in food security, education, global health and women's empowerment. USAID is also looking for innovative ways to engage the world in order to enhance soft power and regain global profile, which was severely damaged during the Trump administration.

Ms Power is a well-known US policy maker as she has advocated humanitarian intervention in Africa and Syria. During the Obama administration, as the UN ambassador, she left her mark with her strong stances on dictatorship and the imposition of sanctions against Russia. Now her main job is to compete with the rise of China, especially in the field of development assistance in all areas.

Under her leadership, Ms Power reiterated during the Senate's confirmation that USAID would focus on four key issues -- the coronavirus pandemic, climate change, conflict and state collapse and democratic backsliding. These challenges will also test the US leadership in the world under Mr Biden. It is a tall order because the US has a lot of catching up to do. Some of these areas might not augur well with the prevailing situation in the region.

The first two areas -- the coronavirus pandemic and climate change -- are common issues that the US and developing countries can easily identify with and work together. But Washington has to do a lot more in terms of action rather than numerous pledges. Take, for example, the US global role in fighting the pandemic, is still wanting. After returning to the World Health Organization (WHO) and joining the Covax scheme, Washington has pledged to help the world with vaccines and other medical tools.

But they have been hard to come by due to domestic laws. The Biden administration's response to India's request for the lifting of the export ban on raw materials was a case in kind. Even though Biden admi9nistration eventually decided to allow the exports to go ahead, the damage has been done because of the way the US government reacted to the crisis -- unenthusiastic and slow.

In contrast, in the past months China has donated millions of vaccines to more than 80 countries around the world, including several members of Asean and delivered commercial exports to 40 countries including Thailand. The Chinese and regional leaders held several consultations to fight the pandemic. In mid-April, when Thailand faced a meteoric uptick of infections, Beijing immediately offered to provide half a million doses on the house.

The last two areas -- conflict and state collapse and democratic backsliding -- will not be easy to pursue. Ms Power's experience with the political quagmires in the Middle East and Africa during her years at the UN has probably convinced her that certain conflicts and state collapses could be prevented if the US is willing to engage constructively through available means. She believes that humanitarian intervention is justified to save lives from genocidal regimes.

However, the political circumstances in this part of the world are quite different. For instance, with the current crisis in Myanmar, what would be the focus of USAID assistance in the weeks to come? At this critical juncture, nation-building and national reconciliation would be priorities as they could pave the way to restore peace and democracy.

With the Biden administration's strong desire to promote liberal norms and democracy as the No.1 cornerstone of its foreign policy, a few caveats must be taken into consideration. Otherwise, it can have a myriad of adverse impacts on US relationships and cooperation. In the region, there are lots of grey zones to which Washington needs to pay serious attention, especially those related to human rights and freedom of expression.

The best approach is to have quiet diplomacy and discreet consultation on issues related to human rights and democratisation. All countries in the region respect the human rights of their citizens but some of them might not be able to meet the high standards set by the US. Indeed, there is one good model to follow.

Both Washington and Hanoi have collaborated very well on the rights issues via the annual US-Vietnam Human Rights Dialogue. Vietnam successfully passed all the rights' thresholds including religious freedom and labour rights and subsequently joined the Trans Pacific Partnership (TPP), which has now morphed into the Comprehensive and Progressive Agreement for Trans-Pacific Partnership (CPTPP). This human rights dialogue mechanism, albeit slow in its progress, is a good toolkit to be used with other Asean members that face similar challenges. Instead of the usual broadsides and toxic narratives from lawmakers, the US could start such dialogues with other countries in the region.

Under Ms Power, USAID will be active and increase its support for the civil society organisations (CSOs) in the region, especially those projects related to broadening open and democratic spaces. Without clear-cut objectives and transparency between the funders and region-based non-governmental organizations, there will be problems related to ulterior motives that could hamper Mr Biden's goodwill endeavours. It could give rise to all kinds of conspiracy theories and hearsay which would only damage further US reliability.

Within the region, Thailand is currently a hub for foreign-funded CSOs but this will soon change due to a new law in progress, currently being vetted at the Council of Ministers, that will require all non-for-profit-organisations to show "transparency" of funding sources and state objectives. Their officials could face imprisonment if they fail to comply. Given the poor communication skills of the Thai government with stakeholders both inside and outside the country on all issues, it is almost certain that the Thai-US relations will be hamstrung when the law is passed by allegations of dictatorship and gagging of freedom of expression and democratic reforms.

The Trump administration's America First mantra has ruptured the trust and credibility of the US. In the past 100 days, Mr Biden has been able to undo some of Mr Trump's misdirected foreign policies. It is fortunate that the region still welcomes US engagement and involvement. Indeed, no country is declaring the US as an enemy so it is incumbent on Washington to work together with the region's countries to widen shared interests.