Cambodia as ASEAN Chair A Mid-Term Assessment on Myanmar 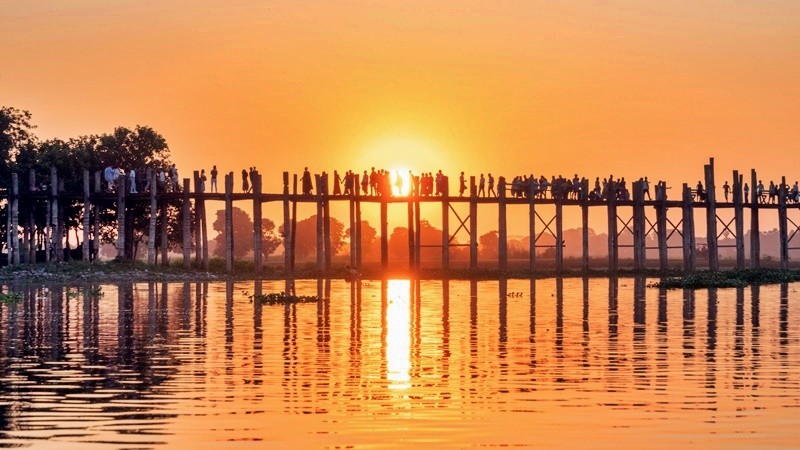 By Mr Kavi Chongkittavorn, Senior Communications Advisor:  Since joining ASEAN in October 1999, Cambodia has championed issues related to bridging the gap between the new and original ASEAN members. Phnom Penh realized that as the last member to join the grouping, it can also serve as a catalyst for other newcomers to further integrate with the ASEAN Community. After more than two decades, the country can boast that it has largely integrated with the regional economy. For instance, the country is now one of the most open financial hubs in ASEAN.

Furthermore, it must be said that Cambodia has never shied away from engaging great powers, be it China, the US, Russia or Japan. Prime Minister Hun Sen enjoys tête-à-têtes with world leaders on multiple issues. His latest performance at the World Economic Forum in Davos was just one of the examples of Cambodia’s growing confidence in the global community.

In the case of the Myanmar quagmire, the slow progress has been attributed to continued fighting between the conflicting parties inside Myanmar, in particular over the past seven months of the dry season. Despite continuous efforts to jumpstart political dialogue, the ASEAN special envoy has admitted that at this juncture none of the stakeholders are ready for dialogue.

It is estimated that since the coup in February last year, at least 1,887 people have been killed by the Tatmadaw (Myanmar’s military) and more than 13,959 have been detained, according to the Assistance Association for Political Prisoners. While it is difficult to get precise totals, the number of internally displaced has now reached one million due to the heavy fighting in the North and Northwest regions of Myanmar, according to the latest update of UN Office of Humanitarian Assistance.

At the recent virtual briefing to the UN Security Council, Cambodian Deputy Prime Minister and Foreign Minister Prak Sokhonn revealed that he was planning a second visit, which is scheduled for early June, to continue with the implementation on the ASEAN five point-consensus (5PC) dealing with cessation of violence, constructive engagement, COVID-19 vaccination, humanitarian relief and meeting with all stakeholders. It was interesting to note that this was Cambodia’s second time briefing the UNSC. This time, he was invited by the UNSC chair, Linda Thomas-Greenfield, the US envoy to the UN.

Prak urged the UNSC to engage constructively with Myanmar instead of isolating it. He also updated the UNSC on future humanitarian assistance for the people of Myanmar on which ASEAN is working. The Jakarta-based ASEAN Coordinating Centre for Humanitarian Assistance on Disaster Management (AHA Centre) is ready to dispatch joint needs assessment teams to evaluate the level of emergency and assistance in hard-to-reach areas.

During the May consultative meeting on humanitarian assistance in Phnom Penh, three main issues were discussed—the humanitarian assistance delivery arrangement framework; the delivery of humanitarian aid; and the framework for vaccine administration inside the country. The meeting agreed that the AHA center in consultation with Myanmar’s partners will spearhead all the three efforts, especially in needy areas such as Kayah and Karen states and Magwe, Sagaing and Bago regions. These five areas have experienced heavy fighting between opposing forces.

On his first visit in March, Prak Sokhonn was able to discuss the humanitarian plan and meet some stakeholders in the conflict. Plans are underway to ensure that the special envoy will be able to meet other stakeholders. The representatives of armed ethic groups and the National Unity Government have yet to meet with the special envoy. The last item of the 5PC is the proposed meeting of all stakeholders.

To complement the ASEAN’s chair efforts, Thailand is also holding talks with relevant dialogue partners and UN specialized agencies to organize urgent humanitarian assistance along the Thailand-Myanmar border and across the border. At this juncture, the Thai Red Cross Society is handling the distribution of both humanitarian aid and vaccines.

Since the coup, the fighting inside Myanmar has dislocated local villages in various regions. Those who are living close to the Thai border near Tak and Mae Hong Son provinces have sought safety from the conflict by crossing to these two provinces. For the time being, the provincial and local authorities have been able to handle the border situation, especially those related to COVID-19 safety issues. In the past six months, over 1,500 Myanmar villagers have crossed the border daily. When the fighting dies down, they return to their villages. While they are on Thai soil, they are given temporary shelter, food and medical care.

On his second trip, Prak Sokhonn hopes to meet different groups of stakeholders including Daw Aung San Suu Kyi, currently under house arrest, and representatives of ethnic armed groups. The ASEAN special envoy hopes to finalize the proposed framework to provide vaccinations to the Myanmar people without discrimination. Under the framework, the AHA Center and local health officials from the Ministry of Public Health would jointly implement the vaccination program with a 50-50 work-force to the needy communities.

At the outset, the ASEAN chair said that Myanmar should be brought back into the ASEAN family. However, the latest assessment of the implementation of 5PC by the military regime is still wanting. Some ASEAN members have already threatened to recognize the National Unity Government (NUG) if the 5PC implementation falters. Malaysia has become the first ASEAN member to hold dialogue with the NUG. Others will follow suit if the SAC continues to drag its feet on the 5PC. Ahead of the ASEAN-related summits in the second week of November, there must be so-called “substantive progress”—which will include political dialogue—on the 5PC, otherwise the Myanmar regime leader will not be allowed to attend the planned summits.

This opinion piece was written by ERIA's Senior Communications Advisor, Mr Kavi Chongkittavorn, and has been published in The Khmer Times  Click here to subscribe to the monthly newsletter.