Biden Win a Boon or Bane for Thailand? 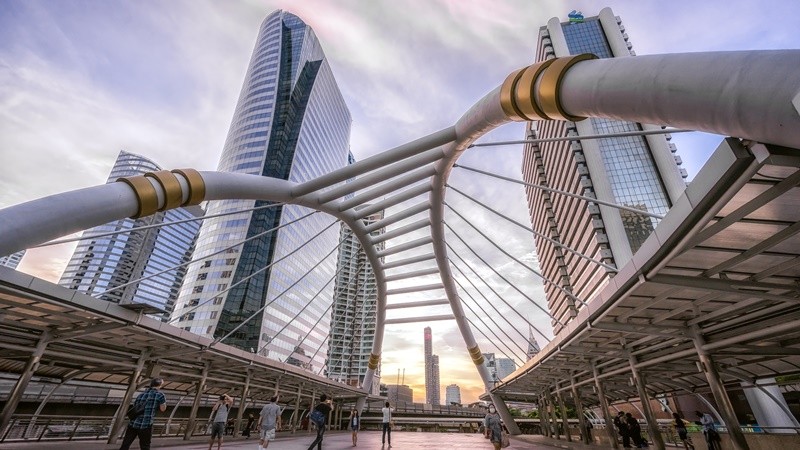 By Mr Kavi Chongkittavorn, Senior Communications Advisor: There are only nine weeks to go before Nov 3 when American voters decide on their new president. If former vice president Joseph Biden wins, Thailand must prepare a new strategy to 'renew' and 'reinvent' engagement with the US that will take be tougher on issues related to China, human rights, and democracy. The Biden administration's approach could be a boon or bane for Thailand, one of its five allies in the Indo-Pacific, depending on the country's diplomatic pathway and strategic preparedness. With a new administration under the Democrats, the US State Department would again shape overall policy towards its benign ally.

Reading through the 91 pages of the 2020 Democratic Party Platform, one can easily figure out the Biden administration's plans for foreign relations and the advancement of American interests overseas. On the overall policy towards the Asia-Pacific, seven out of 11 paragraphs on US foreign relations zeroed in on China. Among several pledges, this one stands out: 'Democrats will be clear, strong and consistent in pushing back where we have profound economic, security, and human rights concerns about the actions of China's government.'

Regarding other countries, Mr Biden will more or less maintain the legacies and practices of his predecessor and former president, Barack Obama. It must be mentioned here that Asean was given one distinctive reference on page 78. "We will reinvigorate our commitment to robust engagement with regional multilateral institutions like the Association of Southeast Asian Nations, which will help us promote the rule of law and sustainable, inclusive economic growth on both sides of the Pacific." The 32-word policy description gives a broad insight into what a Biden presidency would do to engage ASEAN.

In addition, if Mr Biden is to win the presidency, the US-Thai alliance would be given an extra boost which could have wider ramifications. On page 88, the platform states clear that: 'Rather than denigrate our partners and encourage tensions between our allies, the United States will work to strengthen ties with and between our key allies in the region, including Japan, South Korea, and Australia, and we will work to ensure that our alliances with Thailand and the Philippines live up to the values that our peoples share.'

All in all, it is not wrong to say that Mr Biden would follow President Donald Trump's templates without saying so on China. Indeed, Mr Biden cannot appear to be soft on China, especially at this critical juncture. The US status as the most powerful country in the world has been severely challenged by China. It also happens at a time when Mr Trump's global leadership continues to falter as he continues to damage US credibility with his personal style of diplomacy and unpredictability.

Neither the Democrats nor the Republicans have come to terms with the rise of China, which they perceive as a threat to America's post-World War II dominance. Bipartisan support will be a powerful factor in keeping the Biden administration's China policy more assertive as he would be more consistent and respectful. American politicians could not bear to see China become the world's No.1 power. It is rare these days for the divided Congress to share common views but so far China's rise has united them. Therefore, China currently is no longer a partner but a rival for the US, a huge turnaround from the past.

Mr Biden will lead the US to compete with China in a more concerted way by calling on friends and allies to form a coalition of the willing on issues that Beijing displays weakness or is perceived as lacking creditability on. If this trend happens, the countries that have close ties with China, especially among the 10 members of Asean, would be affected. The repercussions could be great or small depending on the perceived damage caused to their ties with China by US strategies or on specific issues.

Under a Biden presidency, Thailand, Myanmar, Laos, Vietnam, and Cambodia will be high on the American agenda as the key countries in continental Southeast Asia that have close relations with China. They are also the riparian countries of the mighty Mekong River. Washington will continue to reinvent its policies toward the resource-rich subregion with special emphasis on US-Vietnam strategic relations.

The current US administration has failed to make substantive progress in this region due to Mr Trump's transactional approach based on improving trade deficits and other news-generating headlines. More broadly, Mr Trump has focused too much on the Korean Peninsula and the Middle East, which has further dampened his and America's reputation as the outcomes were different from his expectations.

Within the region, Mr Trump has left Mr Obama's Asean policy untouched. He could get away with the US-Asean ties but being Mr Trump, he has forgotten to appoint an ASEAN ambassador to the Jakarta-based ASEAN Secretariat, a big insult to the grouping for the country which often states that ASEAN matters to the US. Currently, 93 countries have ambassadors accredited to the Asean Secretariat. For nearly four years, the US has gone without an Asian ambassador.

Issues related to China are multifaceted and could easily upset the ties Thailand has with the two superpowers. For instance, the Democrat platform explains broadly how the Biden administration would protect human rights around the world. If Washington decides to pressure Bangkok to act on key rights issues in the region, it could spell trouble. The crisis in Xinjiang involving the Uighurs could be a case study. In August 2015, due to the country's policy towards the repatriation of Uighur refugees, Thailand suffered one of its biggest terrorist attacks which resulted in the deaths of 20 people at the Erawan Shrine in downtown Bangkok. If this sensitive issue is on the Thai-US agenda, it will certainly impact bilateral relations in unexpected ways.

For Thailand's future, it is imperative that the US and China have a stable relationship. From the Thai perspective, their relations would not be able to return to past affinity, especially those during the 1980s. The most important issue for Thailand is how to manage the two most powerful countries in the world to avoid any miscalculated risks. Healthy competition between China and the US will allow Thailand to balance its "win-win" approach more efficiently.

Truth be told, with the Trump administration, Thailand has been able to cope with dual pressure from Washington and Beijing. Bangkok has collaborated with Washington as part of an international campaign to isolate Pyongyang. Thai-North Korean trade was cut off in early 2018 following strong pressure from the US. But Bangkok also supports continued dialogue with Pyongyang which Beijing advocated. Unlike the US, Thailand cannot adopt adventuristic diplomacy at will as Mr Trump has tended to do.

Recently, Washington has also pressed Bangkok for more visible positions on the South China Sea conflict. For decades after the maritime disputes were thrust onto the Asean agenda, Thailand managed its policies and approaches in a very well-balanced way, without alienating concerned claimants or jeopardizing the ASEAN position. In responding to the US pressure, the Thai government has recently formulated five positions on the South China Sea quagmire: supporting freedom of navigation and overflights; adopting a balanced approach with major powers; promoting stability and strategic trust via the Asean-China framework; promoting cooperation benefitting all sides; supporting an effective COC that encompasses mutual interest and sustainable development for all.

Most importantly, given the intensified conflicts between claimants in the past few months, Thailand has repeatedly called for "self-restraint" -- meaning halting all assertive military activities -- among concerned parties. Thailand has proposed a series of best practices and non-binding guidelines to promote mutual trust and ensure stability in the disputed sea at the height of maritime tension.

Under Mr Biden, US diplomacy would also be based on values on top of its national interest. If Mr Biden overplays these American values it could backfire on overall US diplomatic objectives, especially in the post-COVID-19 world. It is incumbent on Mr Biden's team of foreign advisers to moderate the US approach to balance both values and national interests when dealing with the region.

Southeast Asian countries, individually or under the Asean flag, cannot afford to become anti-Chinese as the United States has often been inclined to be. What the future US administration could do is to help the region to become more resilient and prosperous, so that these countries can engage their giant neighbour in the most efficient and beneficial way.