ASEAN-US to Meet Amid Great Challenges 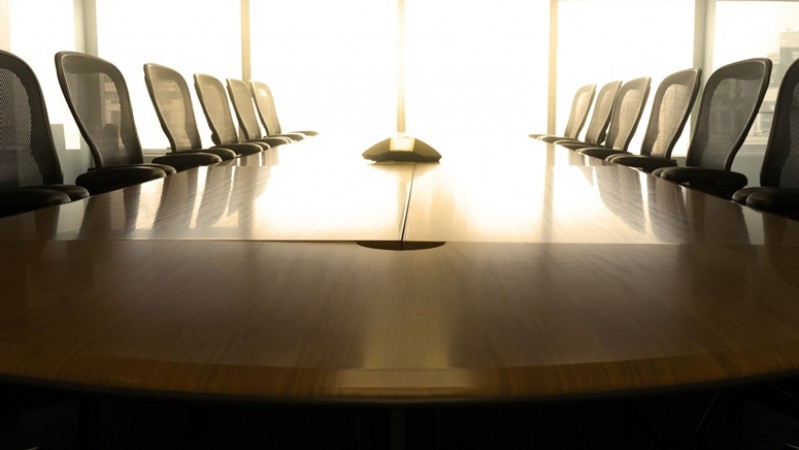 By Mr Kavi Chongkittavorn, Senior Communications Advisor:  After more than six months of negotiations, the US and Asean have finally agreed that their leaders will meet in Washington DC on May 12-13. This kind of tussle could have been avoided had there been better coordination from the US side.

Asean acts as a group with a coordinator to handle the whole process for the Asean-10 while the Americans have the White House, the State Department, and the National Security Council (NSC). Quite frequently, they were not in sync with one another.

The staffers of President Joe Biden's predecessor, Barack Obama, did a much better job as he was able to fix a meeting with the Asean leaders almost instantaneously through a personal invitation for the memorable first special summit in February 2016.

It is good to remember that back when bilateral ties were excellent, fixing summit dates was a breeze.
The second special summit comes at a most critical time in the midst of drastic global shifts and a major war in Europe. Both sides need to meet in person and tune their relations -- there is no time to waste.
There are many unintended consequences coupled with unforeseen expectations.
Due to the Russia-Ukraine war and the indirect involvement of the US and Europe, the Asean members are quite concerned that they will be sucked into the conflict's orbit given the importance of their bilateral ties.

Such pressure is mounting by the day.

Washington has already persuaded some allies and friends to boycott and isolate Russia. For the time being, the US has garnered sufficient support to cripple Russia's energy and economic sectors for months and years to come. Washington was successful in kicking Russia out of the United Nations Human Right Council.

Apparently, the US does not want to stop there. If it is possible, the Biden administration wants to strip Russia of all regional and international networks because of its invasion of Ukraine.

This time around, Mr Biden and Vice President Kamala Harris are enthusiastic about meeting with Asean colleagues and are expected to perform a charm offensive. Ms Harris was in the region in April last year to boost the US's profile in Southeast Asia.

Any additional backing from Asean, a community of 656 million people that is bigger than Europe, would be a morale booster.

But Asean, as a group, will certainly not jump to the American side. And, of course, differences among the Asean members regarding the current war in Ukraine make the US's attempt to isolate Russia more difficult.

On April 8, Asean came out with a statement on the reported killing of civilians in Ukraine which was global headlines for weeks.

The five-point statement made clear that all alleged atrocities against innocent civilians, including in Bucha, must be independently investigated as suggested by UN Secretary-General Antonio Gutierrez.

The remaining points reiterated the grouping's position regarding the situation in Ukraine that there must be humanitarian corridors to allow the transit of humanitarian aid into Ukraine.

Asean also urged all parties and the international community not to expand the conflict and desist from aggravating the fighting.

Furthermore, Asean reiterated its call for an immediate ceasefire or armistice and the continuation of a comprehensive political dialogue that would lead to sustainable peace in Ukraine.

That much was clear from Asean members. Obviously, their different views on the current Ukraine situation have been well documented. Their divergent views and voting pattern indicate their diversity as well as pragmatism in engaging external powers.

As of now, Asean as a convening power can hold dialogue with all conflicting parties. That helps explain why Cambodia, Indonesia and Thailand will invite Russia to attend the scheduled summits -- Asean, G20, and Apec 2022 -- in November.

Of course, Moscow has to make the final decision on whether to come.

At the special summit, all eyes will zero in on the outcome of exchanges about Ukraine. What kind of narratives regarding the current conflict put out in the joint vision statement, will be closely scrutinised.

If the three previous statements by Asean on the war are any indication, Asean will continue to push for all conflicting parties to stop fighting to achieve a peace treaty.

Most importantly, Asean must keep open channels of dialogue between countries, including at the highest level.

As the fighting drags on, Asean will pledge to provide humanitarian assistance in cooperation with the international community. For the past weeks, several Asean members including Thailand have done so already.

Asean is quite worried that the conflict will have a negative impact on the post-Covid-19 economic recovery and continue to disrupt the region's connectivity.

With the Myanmar crisis still looming large in the background, Asean is vigorously implementing a five-point consensus so as to ensure that there will not be any external intervention that could aggravate this crisis and turn it into a proxy war for superpowers.

In a press statement on Saturday, Jen Psaki, Mr Biden's press secretary, said that the special summit will demonstrate the US's enduring commitment to Asean. She also said that the US recognises the grouping's central role in delivering sustainable solutions to the region's most pressing challenges.

It also added the Biden-Harris Administration has made it a top priority to have Asean members serve as strong and reliable partners in Southeast Asia.

"Our shared aspirations for the region will continue to underpin our common commitment to advancing an Indo-Pacific that is free and open, secure, connected, and resilient," the statement said.

Beyond the Ukraine imbroglio, there are other contending international issues regarding the future of Quad, AUKUS, Indo-Pacific Economic Framework, the climate crisis, production chain resilience, etc.

Closer to home would be the South China Sea, the Myanmar crisis, the Korean Peninsula and the rise of China.

Asean wants to make sure Indo-China frameworks or strategies such as those supported by America align with its own guidelines. Asean's Outlook on the Indo-Pacific (AOIP) is inclusive of engagement with its dialogue partners to promote security, stability, and peace for Southeast Asia and the Indo-Pacific.

Asean has already identified four priority areas -- maritime cooperation, connectivity, UN sustainable development goals and economic cooperation. This is an important move by Asean to operationalise the AOIP so that all of these priorities can complement each other under various Asean-led mechanisms such as Asean Plus One, Asean Plus Three, the East Asia Summit, the Asean Region Forum.

Other modalities could also be funded in various Asean action plans and declarations.

In Washington, Asean will be granted the comprehensive strategic partnership (CSP) status with the US which will demonstrate the grouping's appreciation of the Biden administration's increased engagement and commitment to Asean as well as to commemorate the 45th anniversary of their relationship.

Currently, only China and Australia have CSP status which was granted last April.

This time around, the Asean-US summit wants to showcase the special ties between the two parties as they meet next month.

Whether they succeed will depend on their common aspirations for peace and prosperity in the region in the super-charged bifurcated world.