ASEAN Responds to Invasion of Ukraine 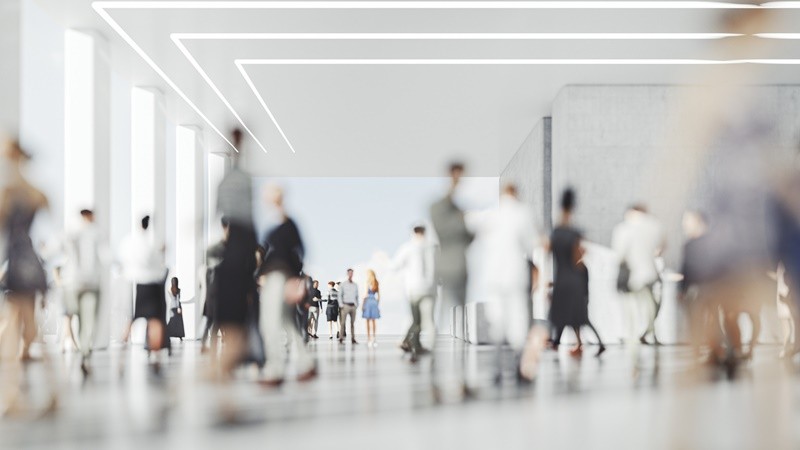 By Mr Kavi Chongkittavorn, Senior Communications Advisor: Russia's all-out invasion of Ukraine that began on Feb 24 offers valuable lessons for the countries in the region, which have often become the pitched geopolitical battleground for the great powers. From now on, no matter how the Ukraine crisis ends, it will significantly impact the security of Europe and lead to the emergence of a new order to which ASEAN has to quickly adjust.

Kudos must go to the ASEAN chair, Cambodia, which initiated the issuing of a joint ASEAN statement once Russia had openly invaded Ukraine, an independent and democratic nation in Europe. Within 36 hours, the draft of the 130-word statement had been finalised by all 10 members.

A month earlier, on Jan 24, the chair unsuccessfully tried to issue a joint ASEAN statement on the escalation of tensions at the Russian-Ukraine border due to the lack of consensus. After three days, it was clear that some of the members wanted to wait and see how the situation would unfold.

On Saturday, ASEAN was ready and issued a strongly worded statement towards one of its strategic partners saying that they are 'deeply concerned' over the evolving situation and hostilities in Ukraine. The statement was released after Russian troops began military assaults on key Ukrainian cities. Russia is one of the grouping's nine strategic partners that also comprise China, Japan, South Korea, India, Australia, New Zealand, the US and the EU.

'We call on all relevant parties to exercise maximum restraint and make utmost effort to pursue dialogues through all channels, including diplomatic means to contain the situation, to de-escalate tensions, and to seek peaceful resolution in accordance with the international laws, and the principles of the United Nations charter and the Treaty of Amity and Cooperation in Southeast Asia,' the statement read.

Beyond the universally recognised principles, ASEAN reiterated those of the TAC, to which Russia acceded in November 2004. The TAC principles call for non-interference, respect of national sovereignty and using pacifist means to settle conflicts, among others. The statement, which did not mention Russia, said Asean believes there is still room for a peaceful dialogue to prevent the situation from getting out of control. 'For peace, security, and harmonious coexistence to prevail, it is the responsibility of all parties to uphold the principle of mutual respect for the sovereignty, territorial integrity and equal rights of all nations.'

Before its release, it was circulated among all the 10-member countries including Myanmar. Nay Pyi Taw went along without any objection. However, before Asean's common positions were made public, key ASEAN members had already issued their own views. Indonesia and Singapore condemned the military action by Russia. Other ASEAN members also expressed concern to various degrees.

In a statement, a spokesperson of Singapore's Foreign Ministry strongly condemned 'any unprovoked invasion of a sovereign country under any pretext. He added Singapore is 'gravely concerned' by Russia's 'special military operation' in the Donbas region, and reports of land and air attacks on multiple targets in Ukraine. 'We reiterate that the sovereignty, independence and territorial integrity of Ukraine must be respected.'

Teuku Faizasyah, the Indonesian Foreign Ministry spokesperson, said that Indonesia is concerned about the escalation of the armed conflict in Ukraine that seriously endangers the safety of the people and affects peace in the region. '[We] assert that international law and the United Nations Charter on territorial integrity must be adhered to and condemn any action that clearly constitutes a violation of the territory and sovereignty of a country,' said Mr Faizasyah. Indonesia, he added, still expects all parties to prioritise negotiations and diplomacy to stop conflicts and encourage peaceful settlements.

Besides the ASEAN joint statement, Thailand made two additional comments. The first was a short one at home and the other a more critical one at the UN Headquarters in New York. In his remarks at the UN 76th plenary session, Suriya Chinadawongse, Thailand's representative to the UN, expressed deep concern over the escalation of tensions threatening international peace and security. Thailand also supports efforts to find a peaceful settlement of the situation through dialogue in accordance with the UN charter and international law, upholding the principles of sovereignty and territorial integrity. Thailand supports the Minsk agreement -- the ceasefire pact signed in 2015 between Kyiv and Moscow as well as other UN efforts and regional mechanisms including the OSCE and Normandy Format. Thailand is also concerned at the possible humanitarian consequences.

For Myanmar, it was doublespeak as it turned out. Zaw Min Tun, the military junta's spokesperson said the Russian military had done what was justified for the sustainability of their country's sovereignty and showed its status as a powerful country for the balance of world peace. Since the coup last February, Russia and the junta in Nay Pyi Taw have further strengthened their relationship especially in security cooperation. Russia is a major arms exporter to Myanmar. According to the Stockholm International Peace Research Institute, between 1998-2018, Russia was the No.1 arms suppliers to all Southeast Asian countries.

Later this year, Russia's relations with ASEAN and the wider Asia-Pacific region will be put to the test internationally as Russian President Vladimir Putin is due to attend the Asean-related summits in Phnom Penh and the Asia Pacific Economic Leaders' Meeting in Bangkok in November. These two major events will place a marker or two on Russia's role and profile after the Ukraine debacle. It is difficult at this time to make any forecast.

Before the fall of the Berlin Wall, the former Soviet Union was very influential in former Indochina countries in the mainland Southeast Asia in terms of economic and security areas. Since the disintegration of the Soviet Union, Russia has been trying to reinvigorate ties with Asean members through cooperation in all three pillars -- political/security, economic, social and cultural. Both sides have made progress throughout these year. In 2008, Russia was accorded the strategic dialogue partner of ASEAN. The trade volume between ASEAN and Russia is small in comparison with other dialogue partners. Before the Covid-19 outbreak in 2019, their overall trade was worth around US$12 billion (392 billion baht).

For Thailand, the stakes are high as ever as the country is hosting the Apec summit. Concerned authorities fear that major powers' conflict could manifest itself on the Apec platform. Before the official announcement was made on Feb 11 that the US would host next year's APEC, some political dramas were played out at earlier senior official meetings in Phuket to bar the US from assuming the chair.

Russian officials argued that Washington has placed visa restrictions on its officials who would be working for Apec. After a few rounds of exchanges, the APEC senior officials at their meeting in Phuket were able to agree on the terms when Washington agreed to allow officials dealing with Apec to enter the US next year. One can easily expect that there will be lots of exchanges among the Apec members regarding issues related to APEC or otherwise.

As the host, Thailand is looking forward to welcome all the leaders of 21 economies, especially the US, China and Russia. When Thailand chaired the Apec in 2003, His Majesty King Bhumibol Adulyadej the Great welcomed three state guests -- US President George W Bush, Chinese President Hu Jintao and Mr Putin. Of the three leaders, only Mr Putin remains in power. He is expected to attend the Bangkok summit this November.

Since it will be the first year of possible physical meetings among all leaders from 21 economies in the Asia Pacific which includes the US, Russia and China, Thailand wishes to use this opportunity to herald a new economic development model for the world to see. However, if the tensions in Ukraine continue without any possibility of settlement, it could directly impact the scheduled Apec leaders' meeting, which has been set for Nov 18 and 19. Thailand hopes that by that time the overall situation would improve to enable the leaders to have a rendezvous in Krung Thep Maha Nakhon, as the Thai capital is now officially known.