ASEAN Foreign Ministers Must Not Lose Their Way 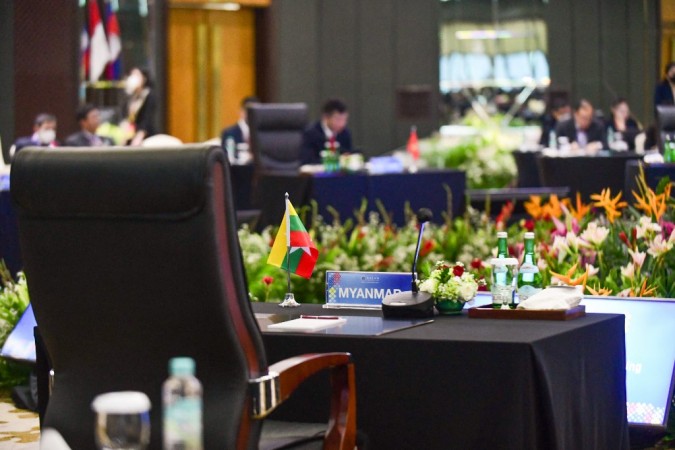 By Mr Kavi Chongkittavorn, Senior Communications Advisor: Judging by the outcome of the special ASEAN foreign ministerial meeting in Jakarta on October 27th, the ASEAN foreign ministers have not done their jobs very well. They were supposed to come up with a set of decisions, which their leaders could approve when they meet on November 11th. Now, the ASEAN leaders have to scrutinise the recommendations laid out in the various proposals and positions submitted by ASEAN members, some of which can be described as overzealous and others more benign.

During the special meeting, they could not agree whether they should continue to engage the State Administrative Council. On the one side, there is a strong urge to create a firewall against Myanmar’s military junta. The idea is so strong that quite a few members back such a move, which will cut off Myanmar’s representatives from all ASEAN members. These extensive bans would be tantamount to a suspension of Myanmar’s membership, without directly saying so. This is one of several recommendations on which the ASEAN leaders will have to decide.

Other ASEAN members believe that ASEAN must adhere to the principles enshrined in the ASEAN treaty and stick to the 5 Point Consensus, or 5PC, which remains valid, even though this peace framework needs a few tweaks to put it more in tune with the realities on the ground and connect with the ongoing 5-point roadmap initiated by the State Administration Council (SAC) in April last year, before ASEAN came out with its own peace plan. At the moment, the SAC is implementing its own roadmap.

At the Jakarta meeting, there was a strong call by some ASEAN members to recognise the National Unity Government (NUG), as a big stick to push the military regime. Malaysia has made clear that it would allow the NUG to open a representative office in Kuala Lumpur. Other ASEAN members including Indonesia, the next ASEANchair, might follow suit in the coming days.

Obviously, engaging all stakeholders, as demanded by the ASEAN members, must be inclusive. For the time being, the SAC, due to the atrocities it has committed against its own people since last February, has been barred from ministerial meetings and summits. Some ASEAN members argue that,without the SAC engagement, political dialogue would not be able to proceed. Apparently, these members are losing ground due to the growing violence inflicted on civilians by the Tatmadaw (Myanmar’s military).

Further isolating Myanmar would push the country deeper into the embrace of Russia, which is currently fighting a major war in Europe. Already, in the past several months, the Russia-Myanmar ties have been intensified in all areas of both civilian and military affairs. If this trajectory continues, there could be a proxy war next to the Thai border. China, India and Bangladesh also share common frontiers with the SAC.

A press release from the Malaysian Ministry of Foreign Affairs on October 29th notes that Malaysia has proposed to ASEAN that it consider the inclusive humanitarian donor forum, as proposed by the NUG, to support the current ASEAN effort on humanitarian assistance. The ASEANleaders have to make a decision on this proposal, as a small European country has expressed the willingness to host this international conference.

Finally, when the ASEAN foreign ministers meet again ahead of the ASEAN summit on November 11th, they should agree on the tenure of the ASEAN special envoy. Kuala Lumpur has proposed that the position should last at least three years, to allow ample time for the envoy to pursue his or her work in effective and continuous ways.

Myanmar still has some time to show that its membership in ASEAN means something more than just words or acts of defiance. ASEAN’s centrality will face a severe test if the grouping fails to ease the current tensions and open ways for future dialogue. ASEAN also risks becoming irrelevant in the eyes of the international community.

Indonesia, the incoming ASEAN chair, has informed the ministerial meeting that it will take a stronger stand against the brutal regime in Myanmar, unless there are positive developments on the ground.

Cambodia, as the current chair, will continue to work with Myanmar after the ASEAN summit. It is hopeful that, in that the weeks remaining until December 31st, Cambodia will be able to make progress on the 5PC, especially on the humanitarian assistance plan.

For the military junta, the timeframe is short, therefore some big decisions must be made before the arrival of new ASEAN chair.

This opinion piece was written by ERIA's Senior Communications Advisor, Mr Kavi Chongkittavorn, and has been published in Thai PBS World. Click here to subscribe to the monthly newsletter.