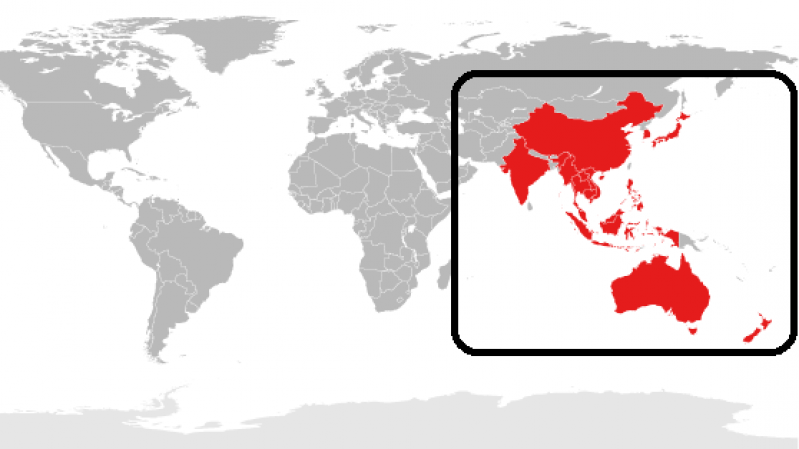 There have been many statements in the media lately about the impact of the United States election on Asia, and specifically regarding President-elect Trump's comments about the Trans-Pacific Partnership (TPP). The authors have run the gamut from despair that TPP is lost forever to glee that the situation presents an unprecedented opportunity for proponents of the Regional Comprehensive Economic Partnership (RCEP) to get ahead. However, it is deceptive to understand either of these initiatives through such an oppositional framework. Indeed, in considering the goal of Asian Regional Integration, evaluating RCEP independently allows a nuanced discussion of why acceleration of the agreement is important right now, regardless of the status of TPP.

Asian countries should be reminded of the risk of economic marginalisation associated with deep trade liberalisation. With ongoing global facilitation efforts, the international movement of goods, services, and production factors continues to increase. As a result, economic activities may concentrate in a few 'core' markets that are large enough to initiate substantial growth and subsequently take the lead in increased development that in turn leads to more growth. These core markets thus gain a bigger share of global economic activity through trade diversion, investment agglomeration, and consequent industrial relocation. Moreover, these countries' market potential also gives them an advantage in trade negotiations, particularly bilateral ones.

From a political economy perspective, it matters whether Asian countries sit at the negotiating table individually or as part of a group. With de facto regional economic integration, ASEAN and East Asia constitutes one of the three main pillars of the world economy. For both developed and developing countries, the World Trade Organization (WTO) is still the best framework for levelling the playing field of international trade and investment.1 However, due to the fact that the progress of multilateral trade talks cannot catch up with the pace of changing world economy, it seems a multipolar international system of consolidated regional arrangements may provide countries more opportunity for development, not only for small economies, but also for the big actors such as Japan and China.

In this regard, RCEP is especially important for Asia. It is misleading to consider RCEP as a counterpart to the TPP. Indeed, the two initiatives need not be competitors or even complement each other. In basic terms, RCEP is part of the efforts of Asian countries to explore avenues of collaborative regional governance. It should be seen as the extension of an integrated ASEAN community, and it provides a platform for the region to act as a group and collaboratively to play a pivotal role in the global economy. ASEAN stays at the core of this process and takes the role of a functional hub.

While filling RCEP with high-quality standards, like those outlined in the TPP agreement, may be very welcome in some circles, it is not necessary at this stage. What is important is that the negotiations are inclusive and represent the needs and circumstances of all countries in the region from least to most developed. Doing so will not only help to conclude the agreement itself, but will also facilitate internal domestic reforms.

Indeed, it seems more realistic to prioritise three aspects of the RCEP. First, set a high target of tariff removal ratios at around 90-95 percent. These have in fact already been achieved by most of the ASEAN+1 FTAs. Those countries that may find this difficult to achieve could negotiate for longer adjustment periods rather than lowering tariff removal ratios. Second, prioritise terms that are actionable to ensure implementation which will make RCEP meaningful to a broad group of stakeholders. Third, promote RCEP as an arrangement not only for regional integration, but also for regional cooperation. Infrastructure building, especially in the transportation sector and the information and communications technology sector, should be included in the list of priorities.

It does not really matter whether RCEP is a '20th-century-type'of regional trade agreement, as long as it is effective in deepening regional integration and enhancing cooperation. Rather than embarking on an ambitious mission that may take a long time to complete, why not take a pragmatic step-by-step approach to achieving progress? How about aiming to conclude an 'RCEP 1.0' first and upgrade it to 'RCEP x.0' later?

It will be a significant achievement in itself to conclude a regional arrangement among 16 countries that covers almost half of the world population, one quarter of global gross domestic product, and around 40 percent of world trade.

1WTO is playing a vital role in international trade by (1) enabling countries to take binding commitments which increase certainty over their trade policies, (2) applying rules which offer a more equitable playing field (although improvements can still be made) and also a predictable global trade environment, (3) providing flexibilities that better allow developing countries to undertake such commitments, (4) facilitating technical assistance to build trading capacity within developing economies, (5) providing a way to settle disputes in a fair, open manner, and (6) providing a forum to negotiate further commitments and updated rules. (The World Trade Report 2014, WTO: Geneva)