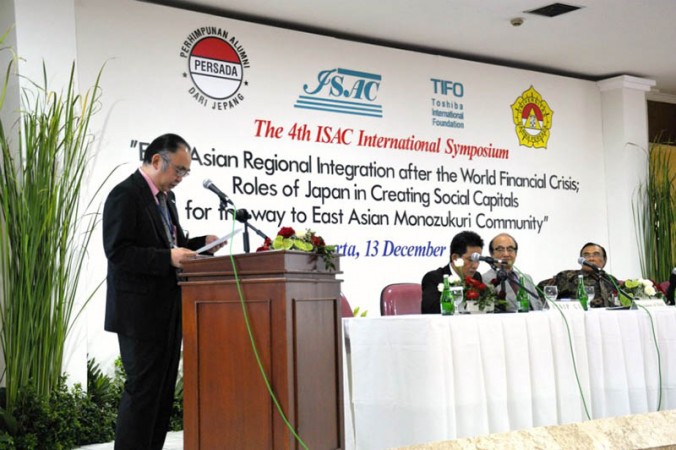 The 4th ISAC International Symposium entitled on "East Asian Regional Integration after the World Financial Crisis; Roles of Japan in Creating Social Capitals for the way to East Asian Monozukuri Community" was held on 13 December 2010 at University of Darma Persada.

Executive Director, ERIA, Mr. Hidetoshi Nishimura attended the symposium as a presenter. He gave a presentation on "ERIA and its Activities". He briefed ERIA's recent developments and then explained about the ASEAN Economic Community in the year 2015 giving an example of China's success.

The next day on 14 December 2010, the delegation of ISAC including speakers of the symposium led by Chairman of ISAC, Professor Emeritus of the University of Tsukuba, Mr. Eiichi Shindo visited ERIA Annex Office. (Picture2)