[Op-ed] From Containment to Recovery: Rescuing the ASEAN from Crisis 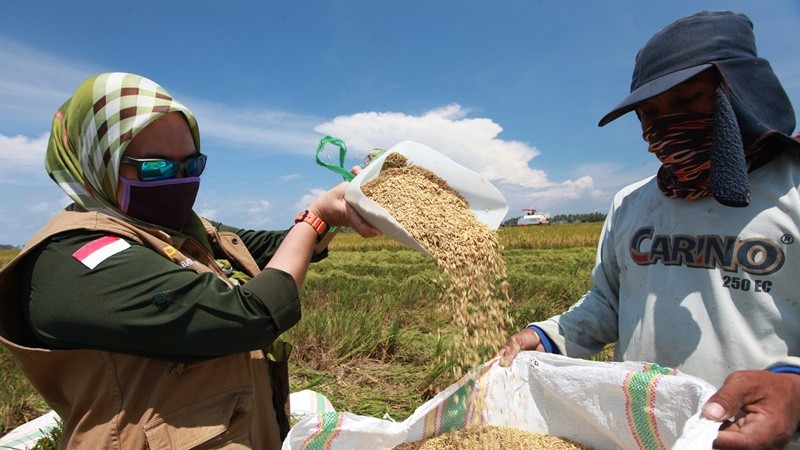 By Dr Venkatachalam Anbumozhi, Senior Energy Economist: The upcoming 36th ASEAN Summit will take place against the backdrop of severely damaged business and investor confidence caused by the COVID-19 pandemic. Containing and mitigating the spread of the pandemic is the current priority of all ASEAN member states, with concerted efforts to shore up public health systems.

As countries around the world debate how quickly they should reopen their economies from the lockdown, some ASEAN countries like Vietnam are largely ahead of the curve. A nationwide social distancing campaign that shut down non-essential businesses ended on April 22 in Vietnam, and life has returned to striking normalcy within a month, with reported coronavirus infections in that period.

Domestic tourism is slowly picking up, as authorities ease social distancing regulations on planes, trains, and buses. As a result of decisive actions on timely travel bans, cluster testing, and prolonged quarantines, Vietnam has only seen a tiny number of confirmed infections. In early April, the Vietnamese government also announced a $2.6 billion relief package aimed at 20 million people, which included cash transfers to those considered poor and vulnerable.

Similar containment and recovery strategies are being followed by other ASEAN member countries, as they are unveiling economic stimulus packages of unprecedented size, scale, and scope. They also realised that the pandemic is an economic challenge of much greater gravity than the 1997 and 2008 financial crises.

While individual countries are making strenuous efforts to successfully contain the pandemic, there are serious flaws in the international co-operation strategy to deal with the crisis. Since the discovery of COVID-19 in December, countries have acted in almost complete isolation from one another.

Only on March 25 did the United Nations launch a $2 billion global response plan to fund the fight against the pandemic. It is unclear how the ASEAN as a block endorsed it or benefited from it. On April 14, the ASEAN+3 leaders meeting committed to establishing an ASEAN COVID-19 Response Fund, but the details and composition of the contributions are not yet detailed.

Global financial institutions like the International Monetary Fund, World Bank, and Asian Development Bank do have economic co-operation instruments but they are often accompanied by restrictive bilateral conditions to be dealt by the countries individually. It is a hope that more globally co-ordinated action by the G20 will be undertaken as more COVID-19 containment strategies become successful.

The onset and offset of the global health crisis containment measures like lockdowns, social distancing, international air travel bans, and limiting freight transport are being enacted based on contagion rates of individual ASEAN countries and their capacity of healthcare infrastructure. The announced unemployment subsidies vary from country to country depending upon their fiscal space, while migrant labourers from heavily-infected countries are banned from travelling.

In the last two months, epidemic walls replaced physical walls of the ASEAN member states. Such scenarios would represent the collapse of the 'One community, one response' vision. Given the nature of the epidemic, developmental stages and infrastructure gaps, adaption of these country-specific measures is understandable.

However, it is myopic, unsustainable, and potentially counterproductive. The current lack of co-ordinated action at both regional and global level is not only concerning, but also surprising. If the virus is not eradicated in every country, every country will lose because sooner or later the disease will reappear and thus continues the prolonged economic meltdown. An economic crisis caused by a virus that ignores borders cannot be tackled successfully like this.

The ASEAN can defeat this invisible adversary and lessen the adverse economic impacts, but only with strong regionally co-ordinated actions and strong leadership. To succeed, the forthcoming ASEAN Summit needs to achieve at least three important goals.

First, ASEAN leaders must show that they can work together to implement co-ordinated regional plans announced during the Special Summit held on April 14.

Second, a concrete action that can help the ASEAN show leadership in stimulating the global economy is to roll back the trade restrictions imposed during the pandemic and conclude the Regional Comprehensive Economic Partnership (RCEP). Experience in the past three years shows that tariffs can slow global economic growth. On the other hand, concluding RCEP negotiations will help revive business confidence and stimulate growth – a needed shot in the arm for the global economy at this juncture of the pandemic.

Last but not least, ASEAN leaders need to offer a co-ordinated and synchronised fiscal stimulation plan, substantially bigger than what the 10 countries have already announced in an uncoordinated way, making them less impactful. Stimulus measures can be an opportunity to invest in economic transformation and technological innovations that are necessary to deliver sustainable development. Both the short term and long-term stimulus measures should aim at achieving the multiple purposes of delivering economic prosperity, widening wellbeing, enhancing resilience, strengthening circular economy, and decarbonising growth.

Building on what has been announced, the bloc should strengthen the functional effectiveness of the ASEAN Agreement on Disaster Management and Emergency by enhancing budgetary support.

Nevertheless, Vietnam should also ensure that all of the ASEAN dialogue partners are committed to the above goals and their development aid budgets remain ring-fenced but enlarged, and not diverted to domestic priorities.

This is where true humanity and solidarity in international co-operation must be demonstrated. If an enhanced regional co-operation and strong leadership were ever necessary in the ASEAN, it is now more than ever before.

This opinion piece was  written by ERIA's  Senior Energy Economist, Dr Venkatachalam Anbumozhi, and has been published in Vietnam Investment Review , Vietnam Net, and The Manila Times  Click here to subscribe to the monthly newsletter.