Trade Facilitation: The Way Forward for ASEAN and Its FTA Partners 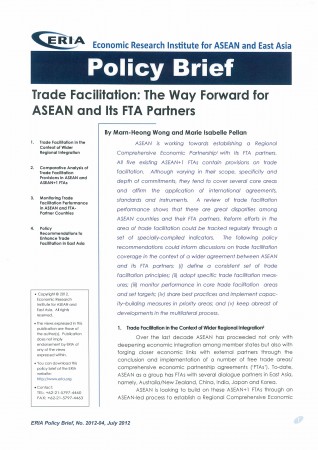