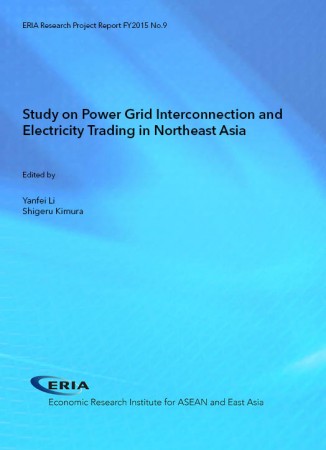 This research report analyses the costs and benefits of power grid interconnection in the Northeast Asia region - covering north and northeast of China, Japan, Mongolia, East Russia, and South Korea - using a linear programming and optimisation model. Based on such analysis, several important observations are made on the feasibility and optimal plans of power infrastructure development for power grid interconnection in the region. Large-scale interconnections among Mongolia, Russia, and China are identified as needed and feasible in almost all scenarios. Savings in the total system cost of all countries vary at US$500 billion in total in about 30 years as a net present value, compared to the case of no power grid interconnection and thus no trade of electricity. This is equivalent to about 10 percent of total system cost for all countries involved. On the environment side, some 4 billion tonnes of carbon dioxide (CO2) emissions - about 10 percent of total carbon emissions in the case of no interconnection -could be reduced during the same period. Solar photovoltaic, which has a better match with peak power demand, appears to be more competitive than wind power and to be developed at a large scale in Mongolia starting 2033 or 2038, depending on the scenario.