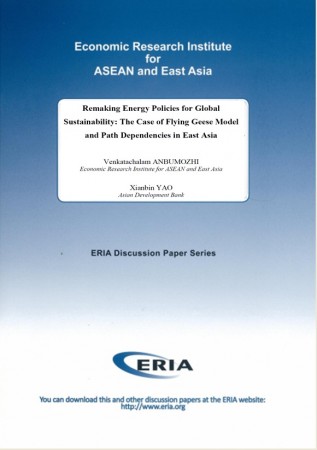 In East Asia, the path of economic integration that started at the end of World War II, through catch-up industrialization, took a distinguished path. Started in Japan and supported by diffusion of technologies through learning and easier relocation of industries within the region, energy intensive industrialization expanded into countries with fewer development operations. Aided by official development assistance and foreign direct investment, the emergence of production networks across Southeast and East Asia permitted second- and third-tier economies to catch up with advanced economies in technology, technical skill development, and narrow the development gaps. The pattern of East Asia’s catch-up has been extensively studied, with the ‘Flying Geese’ model being the well-known paradigm. This process of catch-up also leads to increased emissions and air, water, and soil pollutions, and to movement of emission intensity and pollutions to second- and third-tier economies. From the perspective of the energy–development nexus, does it mean that East Asia’s growth pattern still could not break away from the historical path dependency in energy-intensive industrialization observed elsewhere?

This and the following questions are pursued in the paper: What factors lead to the emergency and subsequent dispersal of the ‘flying geese’? What were the main characteristics of integrated environmental and energy policy formulation during the dispersal, and what lessons could be learned from those experiences for sustainable future? To our knowledge, this paper is the first such direct attempt to understand the link between the Flying Geese model and energy policies in East Asian economic development. Using the historical data on trade and energy consumption, we demonstrate that East Asian governments have proactively addressed energy intensity concerns, and have further intensified the policy. We also draw lessons learned from the model for its potential application in solving global sustainability challenges.