Plant Entry in a More Liberalised Industrialisation Process: An Experience of Indonesian Manufacturing during the 1990s 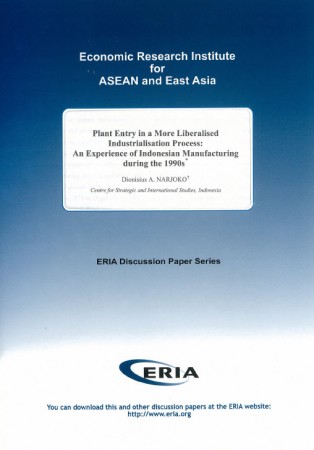 Some major policy changes towards a more open trade and investment regime occurred in Indonesia during the 1980s and 1990s. The impact of these policy changes on the country's industrialisation has been generally favourable. However, little is known about the impact on the dynamics of plant in the country's manufacturing. This study addresses this subject, examining the extent and determinants of plant entry in Indonesian manufacturing over the period 1993-96, and asking how the policy reforms affected plant entry. The key finding suggests that the policy reforms increased the extent of competition within industry. This, however, does not seem to be very strong, and the study puts forward some possible explanations. The discussion reaches a consensus that maybe, during the period under this study, the process of the reform had not really been completed and, at the same time, the (predicted) positive impact of the liberalisation had not been fully realised.