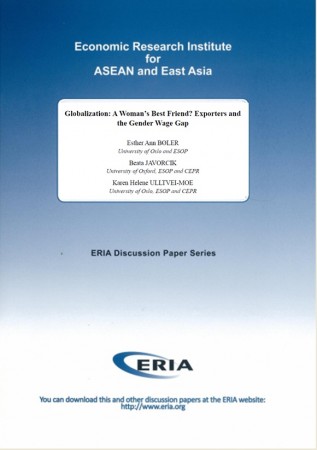 While the impact of globalization on income inequality has received a lot of attention, little is known about its effect on the gender wage gap (GWG). This study argues that there is a systematic differece in GWG between exporting firms and non-exporters. By the virtue of being exposed to higher competition, exporters require greater commitment and flexibility from their employees. If commitment is not easily observable and women are precieved as less committed workers than men, exporters will statistically discriminate against female employees and will exhibit a higher GWG than non-exporters. We test this hyphesis using matched employer-employee data from the Norwegian manufacturing sector from 1996 to 2010. Our identification strategy relies on an exogeneous shock, namely, the legislative changes that increased the lenght of the parental leave that is available only to fathers. We argue that these changes have narrowed the perceived commitment gap between the genders and show that the initially higher GWG observved in exporting firms relative to non-exporters has gone down after the changes took place.