Development and Restructuring of Regional Production/Distribution Networks in East Asia 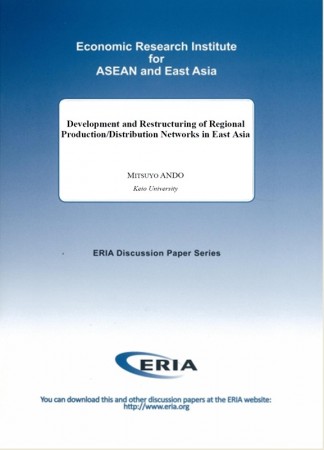 This paper attempts to investigate the features of development and restructuring patterns of production/distribution networks in East Asia, mainly in machinery sectors, using international trade data at the most disaggregated level, to discuss their resilient nature, and to provide policy implications for the regional production networks and the economic development in the region. Although the negative impacts of the Global Financial Crisis (GFC) in 2008 were initially transmitted through the networks, the production/distribution networks in East Asia rather revealed their resilient nature. Our empirical analysis demonstrates that intra-regional machinery trade has been enhanced and contributed as a source of quick recovery from the GFC, and that the restructuring of regional production/distribution networks has been accelerated with the GFC as a trigger. Our study on trade patterns in terms of extensive margins also demonstrates clearly how the extent and depth of regional production networks have been changing, particularly after the GFC. Based on our empirical investigation, we discuss challenges and policy implication for the further development of the production networks and economic development and integration in the region.