The Eurasian Land Bridge: The Role of Service Providers in Linking the Regional Value Chains in East Asia and the European Union 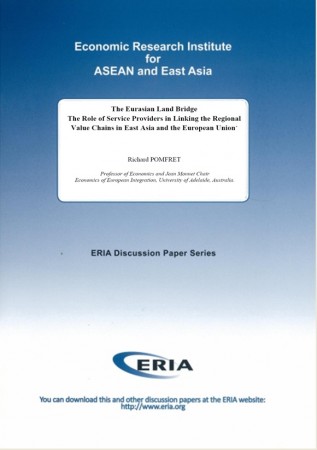 Rail links between China and Europe are typically analysed in the context of China’s Belt and Road Initiative, focusing on China’s economic rise and the implications for international relations. This paper argues that establishment of the China–Europe Land Bridge predated the Belt and Road Initiative and has been market-driven, as service-providers identified and responded to demand for efficient freight services along pre-existing railway lines. Governments’ role was trade facilitating, i.e. reducing delays and costs at border crossing points, rather than investing in hard infrastructure. Service-providers responded by linking European and Asian value chains (e.g. in automobiles and electronic goods) and reducing costs for traders shipping between China and Europe. The Eurasian Land Bridge provides a case study of ‘servicification’ as a component of increased trade in the 21st century.