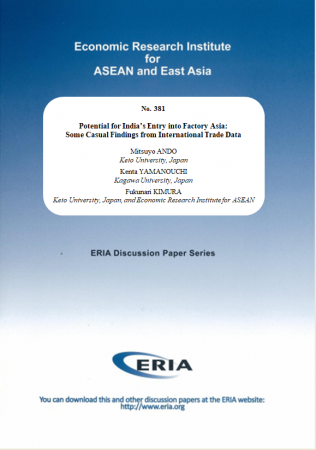 Despite its impressive economic growth in the past few decades, India is slow in adopting a task-by-task international division of labour or international production networks (IPNs). Using international trade data for international comparison from multiple angles, this paper visualises the position of India – particularly in machinery IPNs and information and communication technology (ICT) services. Although machinery industries are at the centre of IPNs in East Asia, the paper clearly visualises that India has not yet participated in Factory Asia. Rather, trade data indicate that India is still engaged in import-substituting industrialisation. The paper also argues that ICT services are a strength for the Indian economy, and its competitiveness could be utilised effectively by combining new technologies with traditional industries such as manufacturing. India still has huge potential for utilising the mechanics of a new international division of labour to accelerate economic growth, innovation, and poverty alleviation.