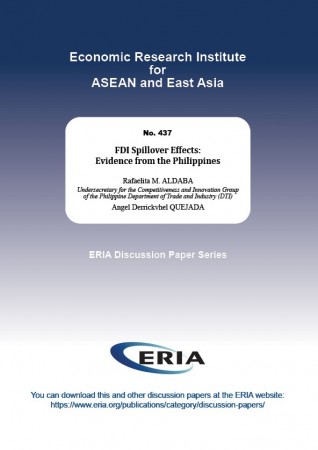 To strengthen the absorptive capacity and productivity of domestic firms, the chapter suggests a more comprehensive approach that would combine industrial policy to improve and develop domestic parts and supplier firms with measures to create an environment conducive to the creation and expansion of FDI backward spillovers. These include upgrading industry participation towards higher segments of global value chains, innovation, human resource development, upskilling and reskilling the workforce, and liberalising ecozone regulations affecting the transactions between multinational corporations and companies outside the economic zones.