'Without ASEAN, we would have no vision for the future 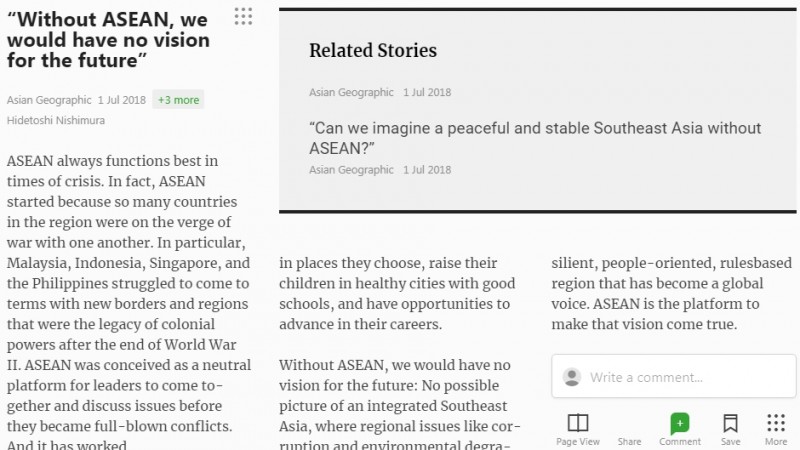 Note: This article was originally published in ASIAN Geographic, June 2018 Edition on 1 July 2018. ERIA's President, Prof Hidetoshi Nishimura's article entitled ‘Without ASEAN, we would have no vision for the future’ was published.

ASEAN always functions best in times of crisis. In fact, ASEAN started because so many countries in the region were on the verge of war with one another. In particular, Malaysia, Indonesia, Singapore, and the Philippines struggled to come to terms with new borders and regions that were the legacy of colonial powers after the end of World War II. ASEAN was conceived as a neutral platform for leaders to come together and discuss issues before they became full-blown conflicts. And it has worked.. (Read the full article by using the link above).