US Must Aim for SE Asia Middle Ground 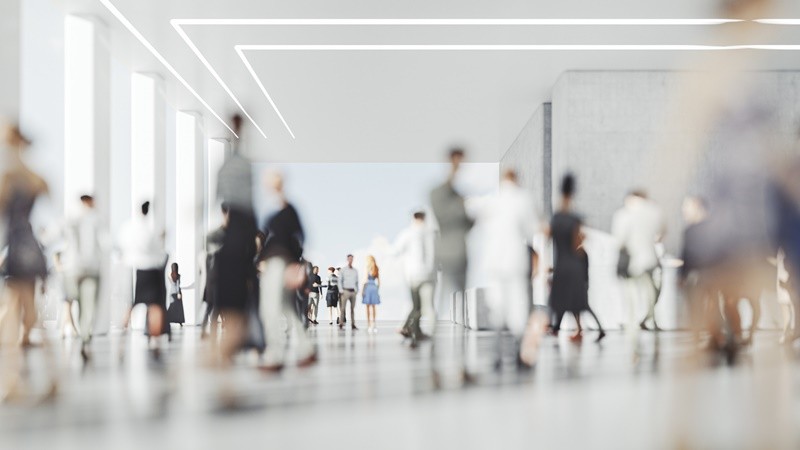 By Mr Kavi Chongkittavorn, Senior Communications Advisor:  The outcome of the Alaska tit-for-tat sessions indicates a further freezing of US-China relations. It's a trend that leaves Southeast Asian countries to face the coming perfect storm by themselves.

Any attempt by regional nations to utilise the heat generated by the superpowers' friction derived from domestically driven core interests could further shatter the whole region's strategic landscape.

Washington and Beijing have made clear the issues that trouble them and these are both domestically and externally driven. Under the Biden administration, the US criticisms have focused on China's internal situation related to policies on Taiwan, Hong Kong, Tibet and Xinjiang. Beijing, meanwhile, has zeroed in on counter narratives and key bilateral issues.

As Washington is still formulating its China's policy, it is still too early to predict the future trajectory and whether the US frustrations with China on a wide range of issues could be replicated by Southeast Asian countries. Referring to Southeast Asia, without the Asean headband, also means a salad bowl with all sorts of policy implications.

Since the independence of Southeast Asian nations in the mid-1900s, the exception being non-colonial Thailand, each has had to struggle in building up their nation states for their own survival and well-being, adopting different ideologies and economic systems that are still prevalent today.

There are three pivotal challenges the US has to articulate and reach a middle ground in Southeast Asia: the liberal values and norms, the future of the Mekong subregion and the Asean Outlook on the Indo-Pacific (AOIP).

The region's biggest challenge is how the Biden administration's preponderance for supporting liberal democratic values and human rights will play out in Southeast Asia. Here, the dual aspects of American norms and values must be discerned. The first has to do with the liberal values and human rights issues within the bilateral frameworks that the US has with the region and the world.

If the annual global human rights report produced by the US State Department since 1979 is any indication, no country in Southeast Asia has a satisfactory record. In the 1980s-2000s, the report was a key determinant in fixing the level of foreign assistance and diplomatic engagement.

During the Trump administration, the human rights report has been largely ignored. Other countries have their own human rights assessments and some are more serious than others. For example, Indonesia, Malaysia, the Philippines, Myanmar and Thailand have established national human rights bodies.

Thailand's annual human rights report is more detailed and, in many cases, its evaluation of the rights condition inside the country is more severe. With Mr Biden, more serious thought will be given to the human rights reports by all concerned countries. It remains to be seen how this report, as well as other similar annual reports covering, for example, Trafficking in Persons, International Religious Freedom, will impact on the US engagement with the countries that have rights problems.

The second aspect has to do with the key human rights issues the Biden administration has used to attack China, which could have ripple effects, and could even be contagious, should Washington plan to pressure its allies and friends in this part of the world to follow suit.

For the time being, these sensitive issues, considered by China as interference in its internal affairs, have not yet featured in US bilateral ties with Southeast Asia, apart from local violations of human rights and democratic norms.

During the Trump administration, tangible efforts were made to pressure those Southeast Asian nations with ties with North Korea to cease all contacts due to human rights violations and its intercontinental missiles programme. Backed by the UN Security Council's resolutions and coupled with US naming and shaming and a stronger strategy to isolate North Korea, most of the regional countries obliged. Today, the diplomatic contacts with North Korea with key Southeast Asian countries are marginal. Bilateral trade is near zero.

In the past year, the situations related to Taiwan, Hong Kong and Xinjiang have become a transnational campaign within the region. Of late, the youth movements have been linking local political discontent with broader regional issues. Cases in point are the long-standing protests in Bangkok and recent ones in Yangon and Mandalay which have messages showing solidarity with Taiwan, Hong Kong and Xinjiang. These phenomena are new and made infectious through the effective use of social media platforms.

If the Biden administration pushes its signature policy of promoting liberal values and norms a priority, it would be tantamount to Mr Trump's transactional approach, ie trade policy. The region could be further divided at its core. For instance, all Southeast Asian countries could follow the one-China policy without any exception. Interestingly, in the absence of US pressure, some countries are smarter in successfully pursuing stronger ties with Taiwan under the one-China policy without upsetting Beijing.

In a similar vein, the Muslim nations such as Indonesia and Malaysia have long developed their own policies in dealing with myriads of Muslim-related issues in Myanmar, China and southern Thailand. But the trouble in Xinjiang, especially that related to Uighur asylum seekers could prove explosive if the US wants more support. Indonesia, Malaysia and Thailand have come under threat from terrorist attacks due to their policies toward Uighur asylum seekers. In August 2015, Bangkok was the target of a serious attack on its downtown area that killed 20 and injured after Bangkok deported asylum seekers to China.

For the past five decades, the Mekong region has been overlooked by major powers, leaving the riparian countries to handle the health of the world's sixth longest international river on their own. Although numerous international consortia are involved in providing assistance and knowhow to the Mekong region, progress has been slow due to overlapping programmes and bureaucracy.

Since 2015, the Mekong region has undergone a major facelift with growing strategic significance, thanks to China's initiative, known as the Lancang Mekong Cooperation (LMC) framework. For the past five years, the LMC has promoted cooperation with the five lower riparians in a way never before seen. The LMC leaders have met three times along with annual ministerial conferences and launched more than 300 projects costing over US$300 million. China's intense engagement with the Mekong region has attracted both praise and criticism. Most importantly, it has changed the dynamics and attitude of all foreign partners, who are part and parcel of the Mekong's development consortium. Now they are more engaged with the region to counter-balance China's growing influence.

Since the Mekong subregion is now the bone of strategic contention of major powers, they all want an early start. Through its newly updated framework, the Mekong-US Partnership, Washington has produced a long wish list, which can only be implemented through sufficient and sustained funding and assistance from American allies and friends which have more experience in the Mekong subregion.

Finally, the Biden administration's enthusiasm to push forward the Free and Open Indo-Pacific (FOIP) could suffer a serious backlash if it undermines the AOIP). The bloc has been wary of Washington's approach, perceiving the AOIP as an extension of the FOIP.

The US efforts to solidify the Quadrilateral Security Dialogue (Quad) could yield negative outcomes especially if it focuses on militarisation as Mr Biden's predecessor intended to do. To add more Quad members, especially those coming from Asean and other dialogue partners could weaken proposed cooperation with the AOIP.

In just over 60 days of the Biden presidency, Washington has moved quickly to forge closer relations with allies and friends in the region. Mr Biden has sent a clear signal that America is back. But it must not be a pushover. One caveat is in order: the new US administration must not sow the seeds of discontent in the region using its bilateral problems with China.