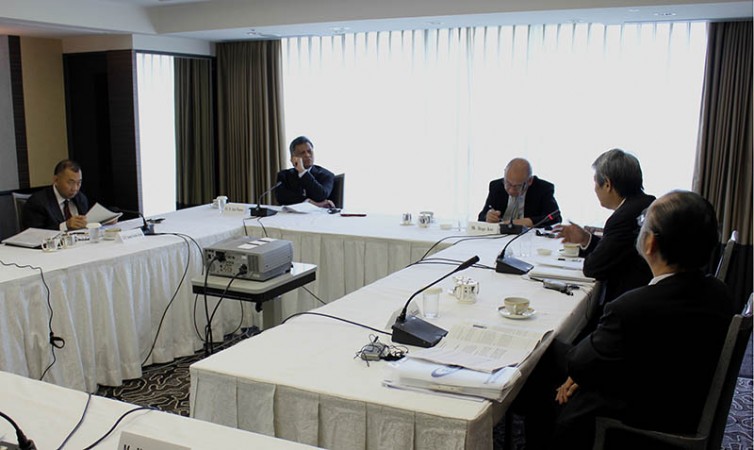 The purpose of the meeting is to discuss potentials and make revalidation of the candidates recommended by the Recommendation Committee on the basis of the Awards concept and select final candidates of the 1st Asia Cosmopolitan Awards by the Selection Committee members.

The international awards called as "Asia Cosmopolitan Awards" was established by ERIA and Nara Prefecture of Japan in February 2012. The awards was established by commemoration of the 1300-year anniversary in 2010 of Heijo-kyo (ancient capital of Japan located in preset-day Nara) as the last destination of the ancient Silk Road and one of the first cosmopolitan cities in East Asia. The awards is categorized in three prizes: Grand Prize, Economic and Social Science Prize, and Cultural Prize. They will be awarded to individuals or organizations who have made substantial and significant contribution to the development and enrichment of East Asian Community by means of cultural and economic integration, the narrowing of developmental gaps, and establish sustainable growth of society in the region. The meeting discussed on candidates' achievements in and contributions to the East Asia region and selected the final candidates. The Awards will be presented to the Awardees in the Forum and Ceremony of the 1st Asia Cosmopolitan Awards in December 2012 in Nara, Japan.

You can reach press releases related to Asia Cosmopolitan Awards from the following link:

The Asia Cosmopolitan Awards Forum was Held to Commemorate the Establishment of the Awards.pdf