The More the Merrier in Indo-Pacific 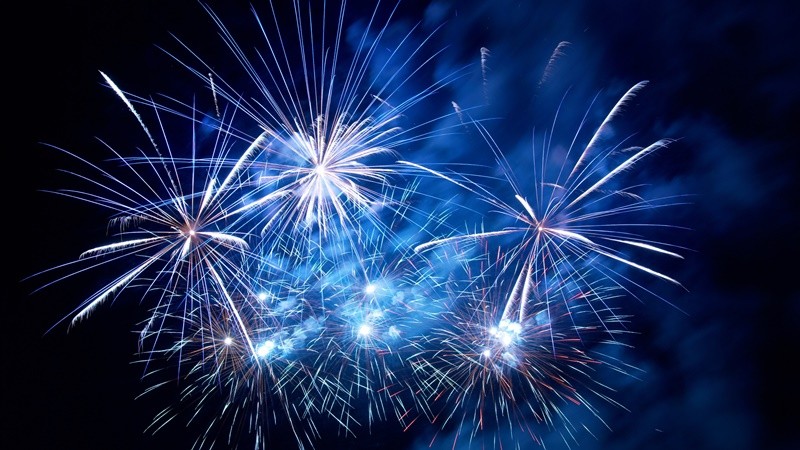 By Mr Kavi Chongkittavorn, Senior Communications Advisor: As of last week, there are at least 8 distinctive cooperative frameworks relating to the Indo-Pacific region, which reflects the region's growing economic and strategic importance within the rapidly-changing international stage. While the definition of the region itself still varies from country to country -- ranging from the loosely-defined areas between the Indian and Pacific oceans to more specific delineations covering Africa's west coast, South Asia, the Pacific, and the United States' east coast -- they all agree that this vast geographical area will emerge as a battleground of the New World Order. All major powers, regardless of size and location, want in.

Back in November 2017 when President Donald Trump first announced the Indo-Pacific concept in Danang, no one thought that anybody would be as enthusiastic about the idea as they are now. Earlier this month, Germany released its own Indo-Pacific Strategy, joining the likes of Australia, France, India, Japan, the US, as well as ASEAN and Taiwan. While Seoul and Taipei have yet to include the phrase "Indo-Pacific" in their policies' names -- South Korea calls theirs "New Southern Policy", while Taiwan's go by the name "New Southbound Policy" -- it is clear that their strategies share common trajectories and objectives as others.

In early 2018, Indonesia was quick to envision what would come about next. As Asean's largest member and economy, Jakarta has always been sensitive to changes and new ideas in international relations. As such, it didn't take long for Jakarta to come up with a proposal and convince the rest of the bloc to come up with its own Indo-Pacific strategy. It wasn't a hard task -- Asean needed a new vision with which it could engage outside powers and ensure that the bloc remains centrally embedded in all regional schemes in the months and years to come.

Despite some strong disagreements among ASEAN members during initial discussions about the substance and scope of the new vision, they subsequently concluded that the new plan would be flexible, inclusive, and, most importantly, would not target any country. During the Thai chairmanship last year, the ASEAN Outlook on the Indo-Pacific (AOIP) was born. It was a historic document, as the AOIP is a valuable guideline that outlines areas to engage foreign partners in mutually-beneficial ways. The outlook has set forth four main areas of cooperation -- maritime affairs, connectivity, sustainable development, and economic matters -- among other things. Given the current circumstances surrounding the Covid-19 pandemic, other areas of cooperation, such as public health and security, are likely to be prioritised under the current AOIP framework.

In his opening statement at a recent ASEAN ministerial meeting, Vietnamese Prime Minister Nguyen Xuan Phuc was very sanguine in calling the AOIP as one of Asean's main tools to uphold the rule of law, foster mutual trust, and ensure equality in relations between all countries in the region. Mr Phuc also stressed that Asean must capitalise on the bloc's centrality in advancing dialogues, cooperation, confidence-building across the Indo-Pacific region. Perhaps, this is the reason why several Indo-Pacific strategies zero in on Asean as the lynchpin of their visions. A day later, the same sentiment was expressed in the chair's statement at the end of the 27th Asean Regional Forum's ministerial meeting.

Upon closer scrutiny, it becomes evident that the strategies embraced by India, Japan, and South Korea bet on Asean's future potential in terms of economic growth and political weight. While all three have expressed the desire to form closer strategic partnerships with ASEAN, Japan has come up with the most comprehensive plans and strategies for Asean in its Indo-Pacific vision.

India, meanwhile, has so far tried to synergise its Indo-Pacific Oceans Initiative (IPOI) with the AOIP in all four areas. Both sides have already identified areas for further cooperation in maritime affairs, connectivity, and sustainable development, which shows how India values Asean centrality. As a sign of goodwill, New Delhi will commit a US$ 1 billion (31.7 billion baht) line of credit for bilateral trade with ASEAN. The next step is to put those words into action.

As the world's largest democracy, India has been named as a future catalyst for change in the vast geostrategic area. That said, the fact that India looks set to miss out on the world's biggest free-trade pact -- the Regional Comprehensive Economic Partnership -- has dampened its prospects. To ameliorate the situation, Australia and Japan included India in their newly-established regional supply chain, which they hope could mitigate the possible economic losses from its exclusion from the RCEP.

In South Korea's New Southern Policy, both ASEAN and India are considered the economic driving forces in the region. However, with India out of the RCEP, it is hard to envisage India -- with its 1.3 billion people -- rising as an economic powerhouse anytime soon. As such, Seoul might have to readjust its overall policy by putting more emphasis on cooperation with ASEAN and Northeast Asian states.

Secondly, some of the strategies are aimed at countering China's rise. Both Australia and the US have been clear about their roles in the region -- that is, to act as a counterbalance against Beijing in order to keep the Indo-Pacific region free and open at all costs.

Others are less pessimistic about China in their strategies. Both the German and French strategies, for example, focused on both sides of the coins when it comes to China.

Indeed, China remains the only country that has yet to react to the Indo-Pacific frameworks. Beijing continues to believe that these strategies are aimed at containing China and its mega-project, Belt, and Road Initiative. ASEAN disagrees.

For the past three years, it has been trying to convince Beijing that closer relations with ASEAN within the AOIP framework or other areas of cooperation will help to maintain China's status without jeopardising its own initiative and ongoing projects.

With the US-China rivalry intensifying by the day, the AOIP is also gaining stronger traction than ever before. As a benign power that is trustworthy, ASEAN should continue to serve as a bridge-builder, linking all major powers through cooperative efforts.