The Economics of COP 26: How to Mobilize the Trillion Dollars to Meet the Net Zero Targets? 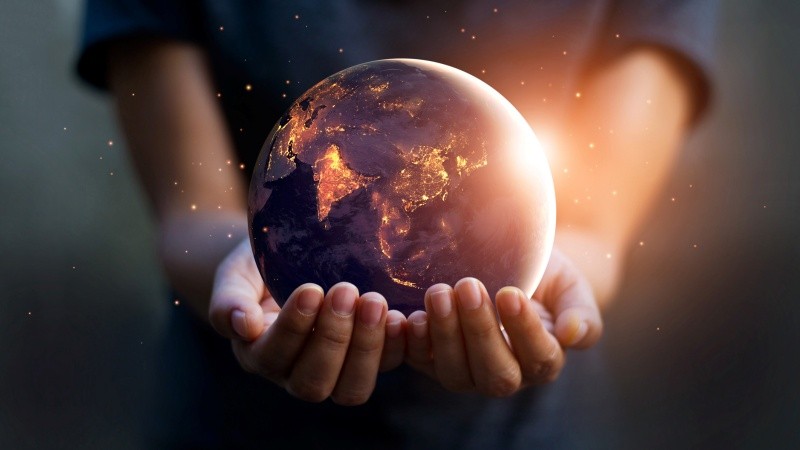 By Dr Venkatachalam Anbumozhi, Director of Research Strategy and Innovation, Economic Research Institute for ASEAN and East Asia (ERIA): The COP 26 has come and gone.  Both the public and private sectors, as well as the media, around the world are ardently assessing its achievements or lack of thereof. The climate talks in Glasgow witnessed firsthand the passion of youth demanding governments to act with greater urgency, while their country representatives worked extra hours to find common ground on the details of the agreement.

The COP 26 did not unveil a treaty on par with the 2015 Paris Agreement but exhorted countries to take steps to keep global temperature increases to 1.5 degree Celsius until the end of the century. Leaders of developing nations demanded a trillion dollars over the next three decades from developed countries to adopt to and mitigate the climate change.  Advanced countries, whose carbon pollution over generations caused the problem, agreed to this funding commitment for developing nations with the goal of eventually achieving Net Zero emissions by 2050. Net Zero is when a country’s carbon emissions are offset by taking out equivalent carbon from the atmosphere, so that emissions in balance are zero.

The Glasgow Climate Pact put in place measures for countries to enhance their climate targets next year and phase down coal power; and it resolved key rules of the Paris Agreement. It fell short in other areas, such as insufficient provisions on carbon markets, social protection, and aligning public investments.  Outside the negotiations, COP 26 made encouraging commitments to cut methane emissions, halt, and reverse deforestation, and align private investments to net-zero.

Delivering on climate finance is the stickiest point of contention between developed and developing countries. Because most of the Nationally Determined Contributions (NDCs) are conditional, that is subject to availability of US$1 trillion. Developing countries are grappling with long term debt and liquidity crisis, aggravated by the COVID -19 pandemic crisis. When they met in Glasgow, all parties were concerned about where the money will come from to meet the more ambitious climate targets.

Mobilizing US$1 trillion every year seems a daunting task. But the run-up to the COP 26 witnessed extraordinary support from the global finance industry. The world’s largest investors called for a robust, transparent and fair climate deal, promising that they will make money flow. And banks promised to find ways to promote and channel tens of billions into low-carbon investments.

But private finance will not flow in a vacuum. There is a close relationship between the way in which incentives are handled and increased climate investments. So, the public sector needs to focus on efficiency of the finance industry to support channeling the private savings into investments which will not just give investors a return in the short run, but will ensure that those returns are economically sustainable in the long term. The development of a purposeful finance industry is essential for the realization of US$1 trillion of clean investments.

The good news is that the financial industry is not short of savings to invest. At the global level, some US$ 300 trillion is represented in capital markets, a little more than half from commercial banks, the rest from insurance and institutional investors. Against this, the clean $1trillion looks quite modest.  But financial markets still have not got enough money flowing in support of a Net Zero economy.

One of the reasons is that motivation for private financing of low carbon infrastructure is not strong. If a carbon intensive investment gives a greater return than that of a clean and green alternative, investors cannot ignore the business case of making profits. That is why over 300 financial institutions have urged the world leaders to reach an agreement in COP26 on climate financing. They are ready to pay a price for carbon if it makes their investment relatively more attractive. These institutions have not suddenly become climate activists. They gradually understood that unless the climate is stable, the economy in which they invest will be at risk.

Moreover, most private investments on climate change mitigation in developing countries in Asia  are  not made by financial institution but by big corporations. And most of the time they do not come to their bankers but pay for new investments with the retained profits. Huge economic reward could be gained, if they are directed towards low carbon investment by pricing the carbon in the markets.

New momentum is also gaining in Asian bond and stock markets towards Environmental, Social and Governance (ESG) investments. For example, signatories to the Principles of Responsible Investment (PRI) represented US$ 50 billion in 2020-21.   The green bond market, where countries and companies borrow for climate projects grew at 12% in Asia during the pandemic hit 2020.

Though lots of activities are taking place in finance systems, it is a long way to mobilize the US$ 1 clean trillion. A major cause is that financial institutions themselves are not well structured to accelerate financial flows in the right direction. They inadvertently give preference to carbon intensive investments over low carbon investments. For example, credit rating agencies which determine whether a bond is investible do not consider the risk beyond three years. So a bond backed by a fossil fuel driven power plant can receive the same rating as a renewable energy plant driven by solar or wind.

Same is true for accounting standards. Even though they claim to be prudent, they do not question the value of stranded assets. The risk measures used to manage banks are backward looking and are ill adapted to foresee climate risks which lie ahead. Investment institutions, which owe a fiduciary duty of care towards their stakeholders, often ignore the effects of climate change on the population for which investment decisions are made.   Shareholders, citizens, and policy makers alike need to ensure that financial systems are fit for the purpose to achieve Net Zero targets.  In short, significant, coordinated effort is necessary to compel future investments towards climate change mitigation and adaptation.

The following  are some possible initiatives that are successful in several of the countries:  ensure crediting agencies offer ratings which incorporate long term climate risks into their evaluations;   encourage companies to report openly on their carbon intensity, and agree to declare their improvement plans;   create standards of reporting for all companies who can raise money through public stock exchanges;   get banks and financial institutions to manage and minimize value at risk  through proper screening and  making them safer, and steering them away from carbon intensive activities. Trustees of investments funds could be encouraged to accept fiduciary responsibility; equity investors to integrate climate considerations into their engagement with companies and voting for boards;  insurance companies to assist in identifying and creating climate resilience; safe standards and  taxonomy to be developed for green bonds and similar financial products. Donor, public and multilateral banks must significantly increase their climate portfolios and intensify their efforts to help countries to net zero.  Each of these is but one of many small steps. But taken together they would put the world on a very different course in mobilizing clean US$1 trillion.

This opinion piece was written by ERIA's  Director of Research Strategy and Innovation and has been published in The Manila Times and Market Scener. Click here to subscribe to the monthly newsletter.