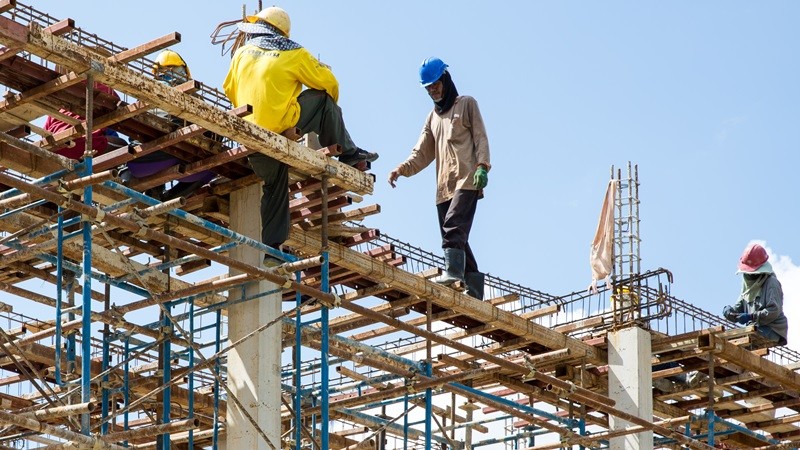 By Mr Kavi Chongkittavorn, Senior Communications Advisor: Thailand's future is now at the edge of a precipice due to the recent virus outbreak in Samut Sakhon that has now spread to over 50 out of 77 provinces. The unexpected upsurge has dramatically diminished public confidence that the government will be able to contain the pandemic in a sustainable way. Worst of all, it has also dampened economic activity and overall post-Covid-19 recovery forecasts and plans. At this juncture, Prime Minister Prayut Chan-o-cha's legacy in terms of his performance during the epidemic is unclear.

The government's efforts in this coming year will continue to be the containment of the Covid-19 epidemic without crippling the country's livelihood. After more than seven months of efficient management of the virus and preventing the spread to the maximum extent possible, the complacency of some officials and individuals could now bring the country to a grinding halt.

Over the months, Thailand has tried righteously to balance the safety of its citizens with economic well-being. The measures employed have yielded positive results, especially in protecting the country from a complete lockdown and economic stagnation. Now, with the surge, more thorough but practical steps are necessary. The government must act fast and decisively. Prosecutions of wrongdoers must be swift.

The next priority is the speedier procurement of vaccines. From the beginning, the Ministry of Public Health has been confident about coping with the pandemic so it has not shown any sense of urgency. It had good reason too, as all concerned agencies and more than one million health volunteers have worked overtime to fight the virus. However, the recent increase of positive cases has raised alarm among the policymakers that without a vaccination programme in the near future, the infection could spread far faster and wider.

Earlier Thailand has been betting on manufacturing a vaccine under the AstraZeneca licence by mid-year. Apparently, the surge since the second week of December has now prompted the government to look for new vaccine providers from all available sources. Deputy Prime Minister and Public Health Minister Anuthin Charnvirakul said last week the country had secured at least 2 million vaccine doses for between February and April. Hope is also being placed in potential local vaccine manufacturers. The first jab is expected by next month.

At this juncture, the government needs to halt the spike of infections to at least two-digit levels -- a manageable level -- in the first quarter, otherwise other priorities would be difficult to proceed, in particular political reforms and gubernatorial elections. As of Sunday, the infection had reached 7,694 people.

Now that key sensitive domestic issues have been brought into the parliamentary framework, politicians have time to deliberate them in meaningful ways without the oft-cited rhetoric that has often made the news headlines and gone viral on social media.

It is an unintended consequence that the virus surge has resulted in a lull for the government and the demonstrators. Both sides have the chance to rethink their strategies so that they can re-engage with each other again. The reconciliation commission, headed by the King Phrajadhipok Institute, has a formidable challenge as it has to simultaneously bridge the generational and perception gaps that exist. Only continued consultative dialogue in a transparent manner with all stakeholders can yield such results.

Despite the hue and cry, the recent political tussles have shown Thai society to be free and open, albeit imperfect. The absence of condemnations and demarches from Western countries is a good indicator. Thailand does not have a repressive monarchy or government because the Thai people would not allow it. That is for sure.

As such Thailand needs fresher narratives, as existing ones are quite misleading and scandalous. It has been that way all along, often because of our own fault, lacking our own narratives. Thai opinion makers and influencers have often failed to articulate the social and political changes that have taken place in the country, instead tending to follow buzzwords and lofty perceptions from outsiders. They tend to see the kingdom as a half-empty bottle. Oddly enough, with a non-colonial experience, one would expect support with more respectful and circumspect views of our own norms and values, and hence, our narratives. That has not been the case. Thailand today needs to do a soul-searching for new narratives that can capture the country's economic, political, and social dynamism against the background demographic shifts.

Externally, as the world continues to struggle to come to grips with the pandemic, the kingdom needs multi-pronged strategies to navigate its ties with all major powers, especially the US and China. The new US administration under President-elect Joe Biden has made clear the importance of allies and friends, a far cry from the Trump administration. Washington has yet to inform Bangkok of the kinds of expectations it has from one of its allies in the Indo-Pacific region.

In the post-Covid world, Thailand will no longer have the luxury of being a benign ally as before. As Thailand is now at the front seat of the heightened US-China strategic competition, a notch or two of help or support is necessary, if not compulsory.

In contrast, the trajectory of Thai-China ties is clear -- relations between the two countries are becoming closer and more intertwined, both economically and politically. With all-around better management of the pandemic, East Asia's economic growth and recovery will be faster than other regions. China has already registered positive growth in the second half of last year. EU and China last week signed the much-awaited investment agreement which can serve as a barometer of their future ties. With the EU on board, nobody can point the finger at Europe for cooperating with China.

Within our region, Thailand must work closely with ASEAN to make sure that all the group's efforts in response to Covid-19 bear fruit. In particular, the Covid-19 Asean Response Fund can be dispersed soon. Bangkok, Jakarta, Hanoi and Singapore have already each pitched in US$100,000 (2.9 million baht) to the US$12-million fund, which included contributions from China, Japan, Korea, India, Australia and UK. A bigger but time-consuming framework under the ASEAN Comprehensive Economic Recovery must be implemented in full and in a more coordinated way. ASEAN centrality and relevance will depend on how efficient the grouping can fully implement this holistic vision.

Above all, people-to-people connectivity within Asean must be restored as soon as possible. In the case of Thailand the country must, for example, find appropriate measures to facilitate cross-border business with neighbouring countries. Obviously, that is more easily said than done. In reality, it can be done with teams of committed and honest officials. In the past five years, the country's border management has improved markedly -- there are loopholes at border checkpoints but this should not deter Thailand for opening up the country.

Finally, mainland Southeast Asia matters. The Mekong sub-region has now gained the respect and attention it deserves from the international community. Indeed, major powers have upped their ante in our region, now viewing it as a core strategic interest. This subregion is no longer the discarded backwater of yesteryear. From a regional perspective, the rejuvenated ACMECS (Ayeyarwady-Chao Phraya-Mekong-Economic Cooperation Strategy) framework will serve as an indigenous platform to build up a so-called Mekong-centric identity, norms and governance. That was the consensus from last month's 9th ACMECS summit chaired by Cambodia.

The kingdom is facing above-mentioned 'make or break' priorities. It needs to be assertive and firm but never too aggressive in pursuing its national interests in the post-pandemic era. As the region's connectivity hub with its central geostrategic location, the country will have only itself to blame if it does not live up to these rising challenges.