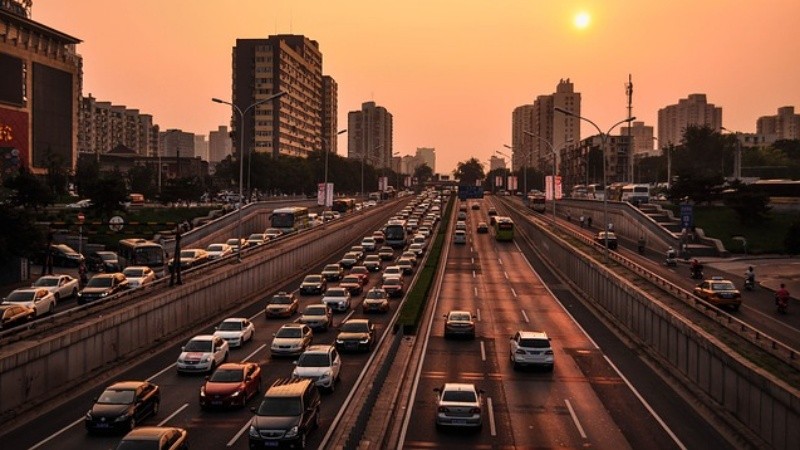 By Dr Alloysius Joko Purwanto, Energy Economist: Indonesia aims to achieve two main objectives in its road transport fuel policy: first to protect health by reducing emissions from vehicles and second to improve the fuel trade balance. The use of diesel fuel involves the intertwining of policy measures to achieve both objectives and therefore needs special attention.

First, to protect health, Indonesia is implementing the Euro IV equivalent emission standards for light- and heavy-duty vehicles which will be applied to all diesel vehicles starting in April 2022 as regulated by a Ministry of Environment and Forestry Decree. These standards shall apply stricter limits to emissions of carbon monoxide (CO), hydrocarbons (HC), nitrogen oxide (NOx), and particulates (PM) of new vehicles.

In addition to vehicular emission standards, the new standards also apply to the use of fuel in general, including regulating sulphur content to 50 parts per million (ppm). However, currently, none of Pertamina’s diesel fuel products meet this requirement. The highest quality product, i.e., Pertamina Dex diesel fuel, has sulphur content that meets only Euro III standards, not the higher-level IV standards Indonesia has set. In addition, 90% of the market is dominated by diesel fuel of lower quality with sulphur content of up to 2500 ppm. In other words, for Indonesia to make the shift to Euro IV means that a higher quality Pertamina Dex diesel fuel product must be available in all gas stations to meet the demand for road transport.

The second objective is related to the country’s need to reduce its dependency on imported refinery products.  The 2014 biodiesel blend mandate has been implemented with an increasing blending rate of 10% in 2014, known as ‘B10’, to 20% (B20) in 2016 and 30 % (B30) in December 2019. At the same time, Ministry of Energy and Mineral Resources (MEMR) data shows that diesel fuel imports decreased from 35% of total diesel fuel consumption in 2014 to 22% in 2018. Coordinating Economic Minister Airlangga Hartarto has explained that Indonesia’s blending rate should reach 40% (B40) by the middle of this year, 2021.

Apart from using the biodiesel (B100) blend which is conventionally produced by transesterification of crude palm oil (CPO) fats with methanol known as ‘FAME’ or fatty acid methyl esters, Pertamina also plans to commercialize a new renewable fuel product called ‘green diesel’ (D100) or Refined, Bleached and Deodorized Palm Oil (RBDPO) categorized also as hydrotreated vegetable oil (HVO). Green diesel qualifies as a drop-in fuel, meaning that it can be blended with conventional diesel fuel, and it can use the same fuel supply infrastructure. In contrast to biodiesel, green diesel does not require adaptation of the vehicle powertrain or engines, making it more widely adoptable.

The key question is: are the two objectives, namely shifting to Euro IV emission standards and achieving a higher blend of biofuels, compatible?

A meta-analysis of results of several studies conducted by the International Council on Clean Transportation (ICCT) in 2016 concluded that CPO-based biodiesel (FAME) usage leads to a decrease in emissions of CO and HC. CPO-based biodiesel has virtually no sulphur however it tends to increase emissions (NOx, PM) when blended with low-sulphur diesel. This means that although CPO-based biodiesel can be used when Indonesia diesel fuels contain high sulphur, it does not support the shift to Euro IV which requires low sulphur content.

A study conducted by the Joint Research Centre of the European Commission found that HVO such as green diesel has a higher energy content as well as superior thermal and storage stabilities than FAME. It also has a high cetane number that means excellent combustion quality which leads to more complete combustion. Another study conducted for the European Union (EU) found that HVO has no issue with regard to EU fuel requirements because Euro VI standards are much stricter than those of Euro IV that Indonesia aims to meet.

First, a gradual shift to Euro IV diesel fuel should be done without any diesel fuel price subsidy. Phasing out the current cetane-48 diesel fuel only (not yet a complete shift to Euro IV standards) would trigger more than a 28% increase in the average diesel fuel price. Should the government refrain from subsidizing diesel fuel, then the price of CPO-based biodiesel would become lower than the price of diesel fuel. Looking at historical price data from MEMR, it is unlikely that the future price of CPO-based biodiesel will increase faster than that of diesel fuel in which case biodiesel subsidies would no longer be needed. The collected revenues from Indonesia’s CPO export levy can then be fully used to build up oil palm agroindustry as mandated by Presidential Decree no 61/2015.

The main challenge with this policy would be in helping consumers to afford the more expensive Euro IV diesel fuel. To avoid an economic shock, the government must prepare an effective subsidy scheme that avoids a sharp increase in production costs and therefore in the inflation rate. In all cases, Indonesia should not create any new diesel fuel subsidies.

Second, the biodiesel blending mandate policy should be maintained during the transition to Euro IV. The existing CPO-based biodiesel blend with high sulphur diesel fuel is good not only in terms of direct emissions as mentioned previously but also in terms of decreasing diesel fuel imports. Once Euro IV diesel fuel is available, high blended CPO-based biodiesels, possibly as high as a 50% blend rate and beyond, can be sold as alternative (non-mandatory) fuels at gas stations.  At the same time, flex-fuel vehicles, i.e., vehicles that can be powered with low and very high blended biodiesel, will become available in the market.

Lastly, the former MEMR Minister Ignatius Jonan once explained that green diesel should enter the market at the price of Rp 14000 per liter. Economies of scale for green diesel should therefore be created as soon as possible to decrease its price by introducing a very low percentage blend mandate.  At the same time, a high percentage of pure 100% green diesel as can be sold as an alternative (non-mandatory) fuel at the gas stations. A study from the International Energy Agency (IEA) – Bioenergy in 2020 suggested that feedstock costs can make up to 65 to 80 percent of the production costs. Should CPO prices be controllable following the development of the oil palm agroindustry, there is a chance that green diesel prices could also be reduced so that higher a blend mandate can be reached once EURO IV diesel fuel is fully available.

This opinion piece was written by ERIA's  Energy Economist, Dr Alloysius Joko Purwanto, and has been published in  The Jakarta Post. Click here to subscribe to the monthly newsletter.