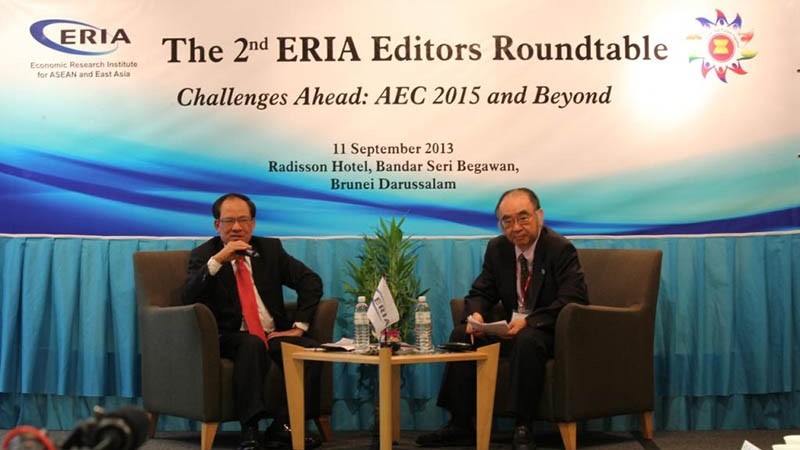 ASEAN SG H.E. Le Luong Minh praised the role of the current ASEAN chair stating that Brunei has promoted the unity and solidarity of ASEAN under the theme of "Our People, Our Future Together."

In commenting on the role of ASEAN chair, H.E. Minh said that Brunei has initiated several programs to push the economic integration of ASEAN as well as the community building. Brunei also promotes the youth's voluntary work.

He also touched on the Regional Comprehensive Economic Partnership (RCEP), which is an ASEAN-led process. "It is a building block for the ASEAN economic integration," he said, adding that RCEP is not competing with the Trans Pacific Partnership, which is the US-led.