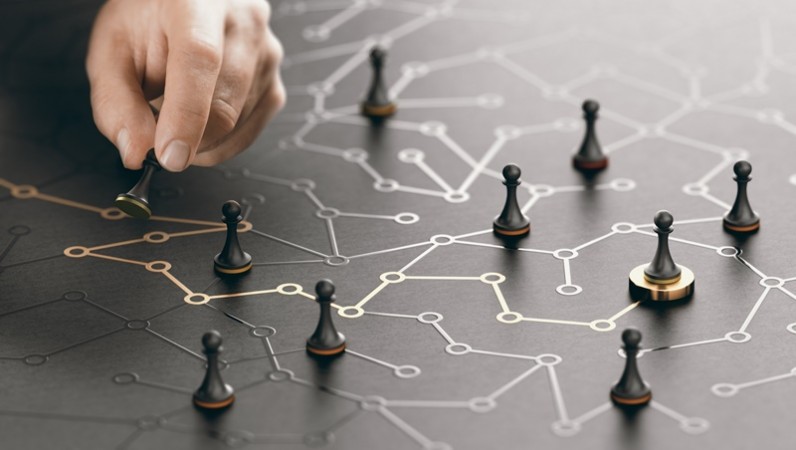 By Mr Kavi Chongkittavorn, Senior Communications Advisor:  Moscow is becoming the most prominent supporter of the military junta in Nay Pyi Taw. While the international community strongly condemned the junta's two months of atrocities against peaceful protestors, last week Russia was bold to say that it wanted to increase military cooperation with Myanmar.

While major players such as the US, China, the EU and Asean are showing mixed reactions and recalcitrance in applying all-out sanctions and recognition after the seizure of power on Feb 1, Russia has openly endorsed the junta under the leadership of Senior General Min Aung Hlaing, both verbally and through action. Russia is seizing a great opportunity to situate itself in the middle of Indo-Pacific region, despite its constant denial of such geographic designs. It is a godsend strategic window for Moscow that could yield early results and it will not want to miss out on it.

Russian Deputy Defence Minister Alexander Fomin's -- who was in Myanmar for a two-day visit and attended the Armed Forces Day on Saturday -- was the first high profile visit there by a foreign official after the coup. China, India, Pakistan, Bangladesh, Thailand, Laos and Vietnam also sent their military attaches, while the rest of the diplomatic community boycotted the celebration. In previous years, diplomats from 30 countries attended, including armed ethnic groups which are part of the peace process.

Mr Fomin minced no words in saying that Russia wants to strengthen military ties with Myanmar as it considered the country "a reliable ally and strategic partner in Asia". He received a medal and a ceremonial sword from Min Aung Hlaing as a sign of appreciation. Moscow called the military power seizure "purely a domestic affair of a sovereign state". His visit came after another high-level stopover by Russian Defence Minister Sergei Shoigu two weeks before the coup. He signed a deal with Myanmar to supply the formidable Pansire-S1 air defence system, Orlan-10E surveillance drones and radar equipment, according to The Moscow Times.

According to the 2019 study by the Stockholm International Peace Research Institute, Russia is a major arms supplier to Myanmar, accounting for 16% of its procurement from 2014-2019. Myanmar spent US$2.4 billion (about 74.8 billion baht) on weapons from 2010-2019 including US$807 million on Russian-made arms.

It is well known that Russia and China are strong supporters of Myanmar at the United Nations Security Council and on the ground. Both countries have on various occasions blocked the council's resolutions to condemn the military regime in Myanmar throughout the past three decades. During the crisis in Rakhine state in 2017, Moscow and China blocked the UNSC resolution that condemned Nay Pyi Taw. In 2007, they vetoed a UN resolution on the situation in Myanmar, when peaceful protesters and monks were slaughtered by the Tatmadaw. Recently, both countries helped to water down the council's joint statement on the Feb 1 coup, which condemned the coup and called for a return to democracy.

Myanmar-Russia ties have always been cordial without any mishaps due to a one dimensional policy approach focusing on military-related cooperation. Both countries will celebrate their 73-year-old relationship this year. Unlike the widely reported strained ties between China and the Tatmadaw, the Russian ties have been very solid and faithful. Throughout the Putin years, Myanmar has been considered a gateway to Asean. With Myanmar's growing integration with the regional economy, Russia's economic sphere would also benefit. Mr Putin has been pushing his brainchild, the Eurasia Economic Union, in Southeast Asia. Russia, which is a strategic partner of Asean, is wooing the bloc's members to link up with the EEC. Thailand and Vietnam have expressed interested in this free trade agreement.

With Myanmar's long isolation and its non-aligned diplomacy, its ties with Russia have special characteristics. Throughout the 1980s and 1990s international sanctions, Russia was generous in providing military assistance and training for military officials and students. Nearly two thousand military officials received training in Russia in various fields including nuclear science. According to the Russian Embassy in Yangon, in 2016 alone, Russia provided more than 300 scholarships to Myanmar students.

Although Moscow and Beijing are considered allies when it comes to defending their common core interests around the world, they often differ in their approaches to key major challenges. China does not have the kind of intermediary role in the Middle East the way Russia does. Today, Russia's high diplomatic profile in Syria, Libya, Belarus as well as in the recent conflict between Armenia and Azerbaijan, has raised its international status as a key broker. Obviously, if Russia decides to dig deep in Myanmar, it could become one of the big catalysts in the Southeast Asian nation. Akin to the region's Indochina war three decades ago, lest we forget, the settlement of the Cambodian conflict was possible partly due to former Soviet leader Mikhail Gorbachev's pullout plan from regional quagmires.

In normal circumstances, Russia often takes the backseat to China on issues relating to Southeast Asia. However, this time around, Russia might want to go solo and take advantage of China's more careful approach regarding the current situation in Myanmar, which it Beijing has referred to "as something that China would not want to see". Such a move could, in the near term, counter the Biden administration's broader strategy towards Russia and Southeast Asia. Joe Biden's diplomacy that zeroes in on human rights and democratic norms would hamper the strengthening of ties with the region due to its mixed governance records.

At this juncture, Myanmar is Russia's strongest link while it is the weakest link for the US. Sooner or later, it will become a pebble inside Mr Biden's shoes. The US and Russia will again contest with each other on mainland Southeast Asia. During the Obama years, US engagement with Myanmar was partly driven by Washington's desire to distance Yangon from Pyongyang's nuclear ambitions. North Korea was eager to export its nuclear and missile technology to Myanmar. Today, the US is focusing on China's ascent in this part of the world.

In the past few years, Russia has been trying to diversify its cooperation with Myanmar to include economic, cultural and scientific fields. Although Russia does not have big investments in Myanmar yet, its future interests in oil and gas exploration would increase its investment portfolio. However, given the current geostrategic shift in the region, Moscow will ramp up its influence and presence in the centre of the Indo-Pacific for good.