Russia is back and it's a little bit better 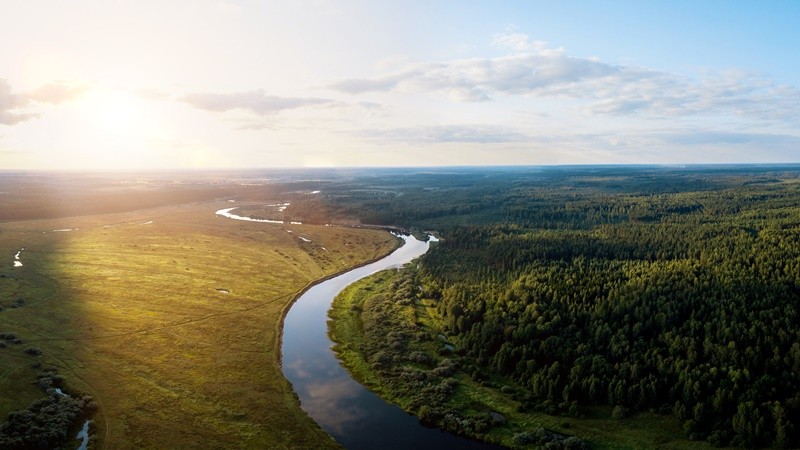 By Mr Kavi Chongkittavorn, Senior Communications Advisor:  Make no mistake, Russia is back in Southeast Asia, the region where its former empire reigned during the Cold War. This time, Russia is more sophisticated and more assertive, as another global power that can shift and change the present strategic environment in the most visible way. Today Russia is determined to break US-led sanctions and further integrate its economy with the region's economic dynamics.

Russian Foreign Minister Sergei Lavrov visited Indonesia and Laos last week sent a strong signal that Russia is treating Southeast Asia as one of its core interests. His trip came immediately following the recent visit by Senior General Min Aung Hlaing of the State Administrative Council (SAC) to Moscow. Besides conducting talks with Indonesia, Mr Lavrov also held a virtual special ministerial meeting with his Asean colleagues to commemorate 25 years of ties with Asean. Indonesia is currently the coordinator of Russia-Asean relations.

Unlike his previous visits, Mr Lavrov was in listening mood as Russia wanted to assure Asean members that it is still a valuable strategic partner of Asean and would like to have stronger engagement with the bloc from now on. His two-day trip to Vientiane was also significant, designed to demonstrate that the Russian leader cared about the landlocked nation and was willing to come for a visit. As the coordinator of Asean-US ties, Laos was disappointed that their planned virtual special ministerial meeting in late June was cancelled due to technical glitches. Efforts to reschedule the meeting have been fruitless.

In Jakarta, Mr Lavrov reiterated that Russia sees Asean as a strategic, reliable and predictable ally in international affairs. "In our contacts with Myanmar leaders, military leaders, we promote the position of Asean which should be, in our view, considered as a basis for resolving this crisis and bringing the situation back to normalcy," he said, adding that it is especially important for Russia and Asean to coordinate their approaches. So far, that has not yet happened.

More than officials would like to admit, some ASEAN members are concerned due to Russia's overt support of the Tatmadaw, Myanmar's military, which they perceive as a display of divide and rule strategy. It could have negative impacts in undermining the Asean endeavours in the future, especially pertaining to Myanmar's quagmire. Unlike Russia, China, another strong supporter of Myanmar, has made it clear that Beijing does not want to see further problems inside the country and backs a solution by Myanmar's stakeholders with support from Asean.

During the special ministerial meeting, Asean and Russia discussed their more diversified cooperation which now includes pandemic preparedness and responses to tackle the spread of Covid-19, political and security issues, ICT, emergency and disaster management, economic issues, and science and technology. Cooperation on science and technology in the context of sustainable development was also highlighted with the focus on the Bio-Circular-Green (BCG) Economy, especially in the area of alternative and renewable energy where Russia has expertise.

Both sides also stressed the importance of joint research and development of Covid-19 vaccines and medicines as well as the possibility of establishing production and distribution facilities in Asean, especially in Indonesia. Russia has already donated its Sputnik V to Vietnam and Laos to fight the spread of coronavirus. In his intervention, Thailand's Deputy Prime Minister and Foreign Minister Don Pramudwinai said the special meeting demonstrated Russia's continued support of Asean centrality and active participation in Asean-led mechanisms.

Concerning Myanmar's SAC chief, Gen Min Aung Hlaing's visit to Moscow last month, which came at the height of international condemnation and amid Asean's ongoing efforts to establish a modus operandi with Myanmar, further scrutiny is needed. Besides being a major source of arms imports, Nay Pyi Taw is well aware of Russia's added strategic value during the crisis, as it never preaches and is willing to support the regime with whatever it needs without question. At present, Myanmar-Russia ties have been elevated to the highest level as a reward for Moscow's backing.

The trip also sent strong optics to Asean as well as to other dialogue partners that Myanmar could easily embrace Russia if the Asean family and others decide to increase pressure and seek isolation of the regime. In fact, Gen Min Aung Hlaing's visit to Moscow must be seen as a new diplomatic manoeuvre after Nay Pyi Taw realised that support from Asean and China would not be as solid as before. Some of the Asean members have been openly hostile toward the SAC. The regime's recalcitrance to quickly implement the five-point consensus and is a barometer of its intent.

After the former Soviet Union decided to leave Indochina behind some 30 years ago, Moscow has been occupied with myriads of domestic challenges following the collapse of its empire and subsequent attempts to gain entry to the democratic world. Since then its profile in this region has been confined to trade links and economic cooperation, However, Russia has remained an active global power in the Middle East, Central Asia and Europe.

Under the marathon leadership of President Vladimir Putin, for unknown reasons, Moscow has attracted admiration for its strong tactics and unwavering support of Syrian President Bashar al-Assad, Venezuelan President Nicolas Maduro and besieged Belarus President Alexander Lukashenko, not to mention the annexation of Crimea. This shows Moscow's iron-clad determination and unchallenged status in the world.

In a broader strategic context, Russia can use its closer ties with Myanmar to counter the US hardline approach, creating some breathing room for the regime. In a similar vein, Myanmar's quagmire can be used as an entry point for Moscow's eagerness to have a strong footprint in mainland Southeast Asia and weaken the so-called indivisible security-- the security alliance created by the US during the Cold War. After all, Myanmar is sandwiched by both China and India in the wider Indo-Pacific.

Moscow has been quite successful with similar tete-a-tete action in the Middle East, Latin America and Belarus. In addition, with the Biden administration's intensified efforts to garner support from allies and friends in this neighbourhood, Russia has extra motivation to do the same and further rejuvenate ties and cooperation with its former fraternal friends and others. Another windfall could very well be more support and closer ties with countries possibly marginalised by Washington's liberal norms and democracy drive.