Repatriation of Thais needs ramping up 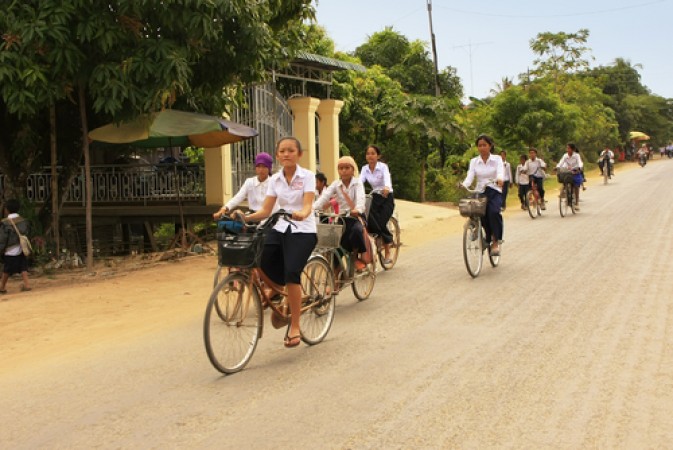 By Kavi Chongkittavorn, Senior Communications Advisor:  In recent weeks, the Ministry of Foreign Affairs (MFA) has accelerated efforts to bring Thai citizens stranded overseas back home. Throughout the COVID-19 pandemic, the one issue that has tarnished the Thai government's positive image both inside and outside the country has been the stringent measures adopted by the Prayut administration with regard to the repatriation of Thais stuck overseas.

Despite praise of the country's public health as one of the world's best, somehow the government has not acted quickly with clear policies regarding Thais living abroad. The Ministry of Foreign Affairs missed out nearly three weeks in March as it should have been the key player in engaging this issue, but somehow it fell into the hands of Ministry of Public Health which treated the repatriation process strictly as a preventive measure as it believes that the virus was coming from foreign countries. The sudden influx of thousands of phi noi, Thais working illegally in South Korea, caused alarm that there might be super-spreaders of the virus among them after several breached the quarantine requirement amid a lack of strict enforcement. That was not the case.

However, the damage was done. The Health Ministry has now targeted Thais living abroad after mishandling the phi noi saga. Without any consultation with the MFA, the Civil Aviation Authority of Thailand (CAAT) came up with a set of rules that created obstacles for stranded Thais to come home by instructing all airlines to screen passengers and only allowing those with 'fit-to-fly' certificates and registration letters from Thai embassies to board the planes. The measures were implemented at short notice without affording any time lapse, causing confusion and frustration among those who wanted to return home.

Likewise, tens of thousands of stranded foreigners in Thailand have also been badly affected by the various measures taken by the Thai government. One of the most serious mishaps has been the lack of leniency in allowing foreign citizens in neighbouring countries to transit via Thailand in order to board repatriation flights home.

For instance, Malaysians living in Laos were unable to transit through Thailand to return home. Other friendly countries also came up against the same hurdles. It is shameful that Thailand has treated its friends this way. The country's future bilateral relations might well be severely affected due to the principle of reciprocity.

As of May 5, the government had tightened up the returning process, as apart from the fit-to-fly certificate, returnees also need a letter issued by the relevant Thai embassy that they have agreed to enter state quarantine for 14 days. Furthermore, they have to fill in the so-called T8 form to facilitate their entry at the immigration and disease control posts. Finally, they have to download the Airports of Thailand (AOT) application on their mobile phones with their registration. Since there is still a ban on all commercial international flights, special charter flights have to be arranged and shared with other passengers.

In addition, persons scheduled to return to Thailand must carry out self-quarantine for two weeks at their residence prior to the trip. In the case of families travelling together, all luggage and personal belongings must be handled separately before the journey can take place. Truth be told, numerous Thai diplomats are grumbling in private, saying that the latest criteria have further impeded speedier repatriation of overseas Thais. Worse, as frontline workers, they are also exposed to the virus. Staff at the Thai embassy in Moscow have been inflected with Covid-19.

In retrospect, the 200-person intake quota set by the Centre for Covid-19 Situation Administration (CCSA) has been too small and impractical. CCSA officials were focused on preventing the import of coronavirus cases from foreign countries. From April 2-15, as the numbers of new infections increased, all Thai embassies were asked to suspend all registrations to slow down the repatriation.

The CCSA feared that if more people flocked in at the same time, the capacity of local healthcare providers would be overwhelmed and their lives and others at home would also be at risk. Furthermore, until the beginning of April, the government was unable to locate much-needed quarantine venues that are convenient and effective. Today, the situation inside the country is at a manageable level with new daily infections in single digits.

At this juncture, the Health Ministry needs to quickly reassess the Covid-19 situation around the world. For example, according to the ministerial announcement last week, both China and South Korea are still considered as 'Disease Infected Zones' along with Italy and Iran. Continuing to include the two Asian countries with exemplary tracing, testing and quarantine systems as infected zones is a misnomer and needs to be rectified immediately. The Ministry of Public Health should have examined the records of repatriated Thais from these two countries as testimony to their effectiveness in combating the virus. Similarly, the countries designated as 'Ongoing Local Transmission Areas' should exclude Japan, and comprise the US and six European countries, namely France, Switzerland, Norway, Denmark, the Netherlands and Sweden.

Lest we forget, at the special Asean Plus Three Summit held via teleconference on April 14, the leaders of Asean, China, Japan and South Korea agreed to facilitate the movement of people including business travellers to ensure that economic interconnectedness remains intact. Future economic recovery within the region would be faster if regional supply chains, which have been disrupted, could be restored as soon as possible.

Indeed, better coordinated and more flexible measures among the Thai agencies, especially the CAAT, must be more efficient and swifter. With the quota and inbound flight bans, there is a little room for the Thai missions to assist the stranded Thais. Depending on the Covid-19 situation in each country, ambassadors and consular heads should have the authority, as they see fit, to expedite the repatriation process as soon as possible, especially when mutual assistance and cooperation are required with host countries to facilitate the repatriation of their respective citizens. A few thousand more Thais could have returned home by the end of this month.

To date, more than 8,000 Thais gave been repatriated by air from at least 30 countries, excluding land border crossings. Altogether, there are over 15,000 Thais in state quarantine, more than 40,000 Thais have expressed their intention to return, so the government must expedite the repatriation process without delay.