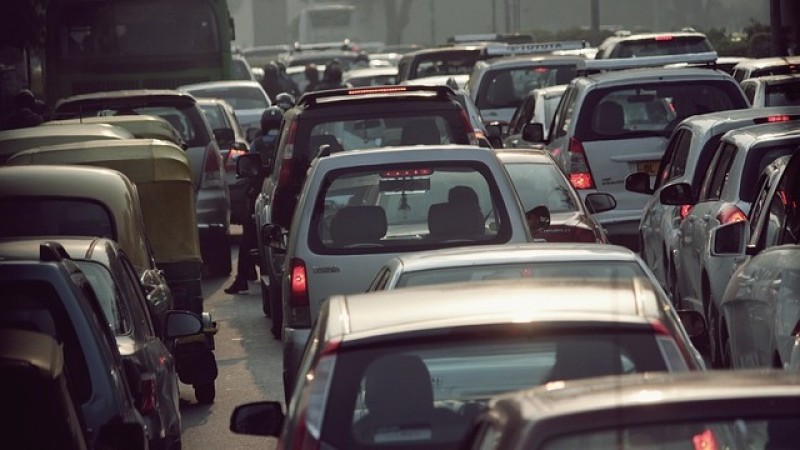 ASEAN is standing at a momentous juncture. With the emergence of mega trade deals such as the Trans-Pacific Partnership (TPP) and the Transatlantic Trade and Investment Partnership (TTIP), there is an urgency to institutionalise regulatory coherence within ASEAN member states. One way to achieve such coherence is to reduce the burdens arising from government regulations on business while simultaneously minimising border barriers and investing in infrastructure and people. Achieving these three goals involves a thorough study to identify regulations that are allegedly creating barriers to smooth business transactions and to subsequently generate relevant solutions that can ease the conditions that hinder growth and survival. As a leading economic research institute in the region, the Economic Research Institute for ASEAN and East Asia (ERIA) has taken the initiative to carry out an RURB study with the purpose to identify and address regulatory bottlenecks in the value chain of selected priority integration sectors (PIS) in ASEAN.

In recent years, ASEAN has become the focus of global investors after maintaining growth rates higher than those experienced in most of the rest of the world.1 It has shown resilience in the face of crises and successfully withstood the uncertainties of a sluggish global economy.2 Indeed, despite some slight setbacks, growth in ASEAN has been nothing less than remarkable. Since 2001, the economy has expanded by 300 percent. Combined, ASEAN countries make up the world's 7th largest economy and one of the largest markets with a consumer base of more than 600 million people.3 The region's top ten trading partners include the USA, China, India, EU 28, Japan, Hong Kong, and Australia. The USA, for example, is the region's largest investor in terms of cumulative Foreign Direct Investment (FDI) which amounted to over US$ 270 billion in 2015.

However, the overall investment climate in the region is often hindered by restrictions that hamper the flow of investment. The FDI Regulatory Restrictiveness Index for 2013 revealed that compared to its Free Trade Agreement (FTA) partners, such as Australia, China, India, Japan, South Korea, and New Zealand, ASEAN as a group has more restrictive FDI regulatory policies in terms of foreign equity limitations, screening and approval requirements, rules for key personnel and restrictions on the operation of foreign enterprises.5 When it comes to the latest Global Competitiveness Index, ASEAN also demonstrates a rather poor performance with the exception of Singapore.6 However, the trend is showing a slight upward movement, giving a promising future ahead.

As stated by the former Secretary General of the Ministry of International Trade and Industry of Malaysia, (and current Senior Policy Fellow at ERIA) Tan Sri Datuk Dr Rebecca Fatima Sta. Maria, the next phase of economic integration in ASEAN necessitates the region to focus on regulatory coherence across the ten member countries.8 This is to allow the private sector to develop further as the key motor of sustained high and equitable growth in ASEAN as the region is embarking on a journey to deepen its economic integration.

Regulation is generally defined as a key instrument developed and used by the Government for the greater good of society. It is meant to protect the health and safety of the people, the environment, as well as to ensure that the economy is balanced and continuously growing.9 In order to achieve such purposes, good regulatory practices should underpin the rationale of decision makers. This practice requires decision makers to have information about the trade-offs -the gains and losses- from the regulations being imposed on society including the regulations' unintended effects.

Many regulations in the region, however, are poorly designed and/or poorly administered in a sense that they are not crafted and implemented using established principles of good regulatory practice. Hence, they are failing to protect public interests while unnecessarily complicating business11 and posing a threat to deepening intra-ASEAN economic integration.

The RURB project is led by ERIA to help achieve the goal of 'a single market and production base' that underpins the first pillar of ASEAN economic integration as outlined in the ASEAN Economic Community Blueprint. At the core of the RURB is good regulatory practices that promote the principles of pro-trade and pro-competition.

Involving nine country studies (ASEAN member states excluding Singapore), one integrative report, one training course, and four public seminars, the project is a follow-up to the Regulatory Management Systems project undertaken together with the New Zealand Institute for Economic Research. It also receives strong support from the New Zealand Government, the Australian Government, and the Malaysian Productivity Corporation.

The project concentrates on reducing unnecessary regulatory burdens in selected ASEAN Priority Integration Sectors (PIS) deemed of significant export interest in each of the participating countries. The country team of Indonesia has decided to cover the automotive sector due to the important role the sector plays in Indonesia's economy. Cambodia and Lao PDR, on the other hand, are interested in unpacking regulatory issues in their agribusiness sectors for which they chose pepper, coffee, and corn.

Thailand chose to concentrate on passenger bus service on the grounds that the transport sector is a significant factor for economic growth and social benefits, by connecting people from different provinces and abroad. The sector contributes around 8 percent of Thailand's GDP and its average GDP growth is 9.6 percent per year during 2000-2013. Meanwhile, Brunei Darussalam seeks to grow its halal manufacturing as part of the country's effort to gradually diversify its economy from the oil and gas sector, hence the country chose to study the regulatory burdens on the industry's value chain. Myanmar, Viet Nam, and the Philippines selected the fishery sector due to the role it plays in the countries' economy. In Myanmar, for example, fish-farming products account for nearly 20 percent of domestic consumption and generates significant rural non-farm employment.

The study is carried out in a manner that promotes stakeholder engagement through consultations/interviews, informed regulatory conversations (IRC), and focus group discussion (FGD). The study follows the approach developed by the Malaysia Productivity Corporation, illustrated in the figure below.

The study consists of several parts. First, individual country teams develop industry profiles, overviews of the regulatory environment including unnecessary regulatory burdens encountered throughout the value chain. From this preliminary study, country teams then develop issues papers to be distributed to relevant stakeholders including businesses and regulators to validate the findings and/or identify other key issues from the stakeholders' perspectives through IRC.

The next part of the study requires country teams to analyse the inputs and information gathered from businesses and regulators during interviews and IRC and to subsequently develop options based on principles of good regulatory practice. The results will be compiled in a draft report on the key unnecessary regulatory burdens. Afterwards, research teams will undertake FGD to validate the recommendations that the team offers in the draft report. The final part of the study is the completion of the final report, which will later be made available to the public and presented in public seminars.

Currently, the study is approaching its finalisation with country teams undertaking IRCs and FGDs and collecting feedback from these activities. Complete analysis of the impacts of regulations may require economy-wide models that call for great technical skills still particularly scarce in many developing ASEAN countries.12 Regardless of the many challenges facing country teams in conducting the study, the RURB methodology has helped to mainstream deeper engagement with the concerned businesses and regulators, as well as provide some approximation of cross-sectoral effects from the value chain perspective used in the study.

ERIA is hopeful that this RURB study can serve as an initiative that lays the groundwork for realising a more integrated ASEAN.