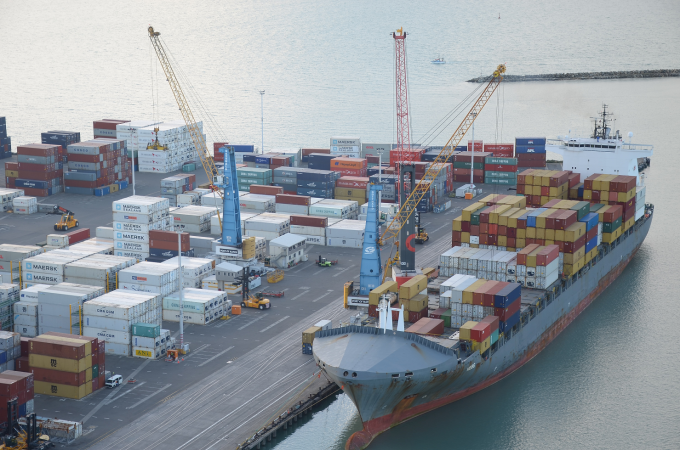 By Prof Shujiro Urata, Senior Research Advisor to the President: The world faces unprecedented and difficult challenges, including US–China rivalry, the Russian invasion of Ukraine, the COVID-19 pandemic, climate change and supply chain disruptions. One consequence of these challenges is the possible division of the world economy into two or more political blocs not unlike the situation that prevailed before the Second World War. To avoid this, the rules-based international trading system needs re-invigoration to deal with the problems faced by the World Trade Organization (WTO).

These types of unilateral actions would not be allowed under a more functional international trade system. Country-first unilateral policies such as ‘America First’ and ‘China First’ violate international trade rules. They are unfair and detrimental to other countries, and are self-destructive as they lead to a dramatic decline in bilateral trade, as well as affecting the trade of other parties.

Japan, a middle power that benefits substantially from free trade, has an important role to play in achieving the objective of a well-functioning rules-based international trade system. This should be done in collaboration with like-minded countries such as Australia, Canada, New Zealand and Singapore.

The WTO was established in 1995 to promote international trade and deal with the problems faced by its predecessor, the General Agreement on Tariffs and Trade (GATT). It has two main functions. One is to set and enforce rules on international trade and promote free trade by convening multinational trade negotiations. As international economic activities expanded from goods to services and investment, so did the WTO rules. The other function is to settle disputes between WTO members. The WTO improved the dispute settlement mechanism by introducing a two-tier system — the panel and Appellate Body.

This dispute settlement mechanism worked relatively well until the United States vetoed the appointment of the judges to the Appellate Body, as it was being exercised more frequently than the GATT dispute settlement mechanism. While the number of disputes brought to the GATT from 1948 to 1994 totalled 314, there were 598 cases under the WTO between 1995 and 2019. The United States claimed that the Appellate Body made decisions that exceeded its authority, and it ceased functioning in December 2019. Any panel decisions that have been sent to the suspended Appellate Body have been effectively shelved.

WTO members must agree on how to deal with the suspended Appellate Body. In March 2020, a group of 16 WTO members led by the European Union and Canada set up a separate appeal system, the Multi-Party Interim Appeal Arbitration Arrangement (MPIA). For disputes among the members that are party to it, the MPIA serves as a temporary solution to the non-functioning of the WTO Appellate Body. Japan should join the MPIA and lead discussions to overcome the problem by presenting its own recommendations.

The WTO has not been effective in establishing new rules for rapidly expanding international economic activities such as investment and digital trade — important issues in US–China rivalry. Conducting multilateral trade negotiations has become more difficult, as they require consensus among the now expanded WTO membership.

The WTO has pursued two approaches to strengthen a rules-based international trade order through overcoming the problem of ineffective rulemaking. One is through regional trade agreements (RTAs) that promote trade between members by eliminating trade barriers preferentially. The trade expansion effect is generally larger for RTAs with more members. In recent years, RTAs have covered issues including services trade, investment, digital trade, and intellectual property rights. They have helped work towards liberalisation and set rules to deal with unfair trade practices.

Mega-RTAs in the form of the Comprehensive and Progressive Agreement for Trans-Pacific Partnership (CPTPP) and the Regional Comprehensive Economic Partnership (RCEP) are expected to increase in membership and expand the international reach of the rules-based system. Japan is a member of both of these RTAs, while China is an RCEP member and has applied to join the CPTPP. Japan and other members of the CPTPP must ensure that China satisfies all membership conditions, including those against special and preferential treatment towards state-owned enterprises, before its accession. Doing so would present an opportunity for China to correct any unfair trade practices.

The other approach is to promote plurilateral agreements, where like-minded countries agree to rules around a specific issue and don’t pursue whole-of-WTO consensus decision-making. At the WTO, these actions begin with joint statement initiatives. Several plurilateral agreement negotiations — on e-commerce, investment facilitation, the environment and the domestic regulation of services — are already underway or have been concluded.

Japan has been actively participating in these discussions and is one of the conveners of the joint statement initiative on e-commerce. Plurilateral agreements can facilitate the conclusion of agreements because only those who are interested have to make commitments and accept free riding by non-members. Non-members do not object because they receive benefits of the agreements on a most favoured nation basis.

Countries and economies participating in these discussions need to remember that the eventual objective of adopting the two approaches is to establish a global rules-based trade system that covers a comprehensive set of issues. To achieve this objective, countries and economies participating in RTAs and plurilateral agreements should be open to expanding their membership and issue coverage.

To facilitate the process of establishing hard laws such as WTO rules, a ‘soft law’ approach is also useful. One example is the Asia-Pacific Economic Cooperation (APEC), of which Japan is a member. Ambitious and high-level rules can be discussed at APEC because of non-binding and voluntary participation. Discussions at APEC have contributed to the establishment of WTO rules, such as the Information Technology Agreement.

For the Japanese economy — which is facing a shrinking domestic market because of its declining population — successful economic performance by Japanese firms in foreign markets is of utmost importance. The re-invigoration of a rules-based international trading system would enable Japan and other countries to sustain their economic growth.

This opinion piece was written by ERIA's Director of Research Strategy and Innovation, Prof Shujiro Urata, and was published in the East Asia Forum. Click here to subscribe to the monthly newsletter.