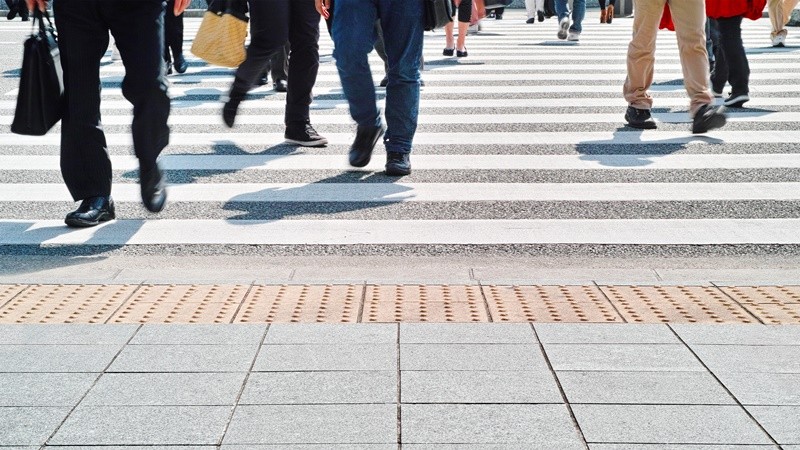 By Kavi Chongkittavorn, Senior Communications Advisor: The COVID-19 pandemic has ravaged countries around the world over the past three months and India, the world's largest democracy with 1.4 billion people, has been among the hardest hit. Prime Minister Narendra Modi gave his people just four hours advance notice of the mandatory lockdown on March 24, a measure that continues today and which has caused massive hardship. Worse still, it has directly impacted India's overall economic performance, with serious repercussions on its perceived global leadership role.

At this juncture, all trade negotiators of the Asean-led Regional Comprehensive Economic Partnership (RCEP) are walking a tightrope. The problem is, India might intentionally let its hand slide. The 10-member Asean bloc along with Japan, China, South Korea, Australia and New Zealand are doing everything they can to make sure RCEP will be signed by all 16 members.

Recently, in a last-ditch effort to help India, the Asean chair, Vietnam, sent a proposed package to address and resolve New Delhi's outstanding issues with RCEP, especially in relation to the base tariff on Most Favoured Nations for investment and movement of people. It also includes a few other technical points which might not benefit its gigantic domestic market.

But with the virus outbreak still raging and its expected longstanding bleak outcome in the coming months and years, India will have to focus singularly on domestic issues, in particular reviving its economy and making itself more competitive. Regional plans and global outreaches that Mr Modi has nurtured in the past five years might no longer be the country's priorities. The biggest loser would be the country's much-heralded Act East Policy, as New Delhi might not be able to join the world's largest free-trade accord -- the scheduled signing of RCEP in November in Hanoi.

Over the past years, RCEP-15 has been working diligently to include India as a founding member but they have not been successful. Thailand, as the previous Asean chair, almost succeeded in persuading India to accept the RCEP framework after Mr Modi won a second term last May by a landslide vote. But strong internal opposition prompted him to waver, albeit repeated pledges to embrace RCEP. On Labour Day, Prime Minister Prayut Chan-o-cha received a call from Mr Modi to discuss cooperation on combatting Covid-19. Once again, Gen Prayut took the opportunity to urge Mr Modi to reconsider India's position on RCEP.

The joint statement by the RCEP leaders issued last November in Bangkok, which India requested included its position on the RCEP, says that all RCEP partners will work together to resolve remaining outstanding issues in a mutually satisfactory way. 'India's final decision will depend on the satisfactory resolution of these issues,' says the statement. The pact would have been signed last year, had it not been for the Indian factor.

With Covid-19 roaming large in the background, it is unlikely that India would associate itself with the ongoing RCEP negotiations. In fact, as some Asean members suggested earlier, there is no need to work with India anymore. Before the outbreak, India had already expressed a desire to reopen the Asean-India free trade agreement, especially in relation to the service sector which it thought was unfair, before it would consider issues relating to RCEP.

In addition, both sides are currently working on the next cycle of the Plan of Action (2021-2025) for peace, progress and shared prosperity. Luckily, these days all Asean meetings with its dialogue partners are held virtually online. In the case of India, there is no need to go through a marathon of negotiations like before. Truth be told, only the South China Sea Code of Conduct negotiations still require face-to-face exchanges, and the Philippines, the coordinator of Asean-China relations, has yet to call for the next round of negotiations due to the outbreak.

Because of the circumstances, RCEP-15 will have plenty of time to undertake some legal scrubbing of the agreement, of which all 20 chapters were completed last November. Given the domestic burden the Modi government has inherited and the Covid-19 aftermath, his government will not be able to lower its guard on any free trade initiatives. Recently, India has toughened its investment law to prevent foreigners from taking over local businesses and enterprises.

Overall, the pandemic has had an unexpected consequence -- it has prompted the RCEP-15 to stick together to ensure that market access and investment are open as they look towards a quick recovery. Last month, when Asean Plus Three leaders held their virtual summit, they pledged to promote measures which would strengthen regional supply chains, free and open trade as well as the interconnectedness among their people, including business communities. As such, these collective strong commitments have provided a fresh impetus for RCEP-15 to move forward.

Japan is a good case study. From the start, Tokyo wanted very much to have India included in RCEP at any cost. In the past several months, Tokyo has been dispatching trade experts around the region to garner support for India's joining RCEP. Prime Minister Shinzo Abe, who saved the Trans-Pacific free trade agreement after the US pulled out, has been in close consultation with Mr Modi about a comprehensive economic package to compensate India's uncompetitive economic sectors, if it decides to join RCEP.

Other RCEP members are anxious that Japan might not move forward on the deal as it has already suffered all kinds of economic setback from Covid-19, as well as the postponement of the Olympics to July next year. Tokyo could look inwards. Last June, rumour had it that Japan would forego the RCEP if India opted out of the process, but Tokyo quickly denied such a move. Now, Japan realises that its economic comeback will also depend on regional free trade and more investment. Japan is now ready to sign up for RCEP. During the pandemic, both the global and regional supply chains of Japanese products have been severely disrupted. RCEP would be one important instrument for the revival of the world's third-largest economy.