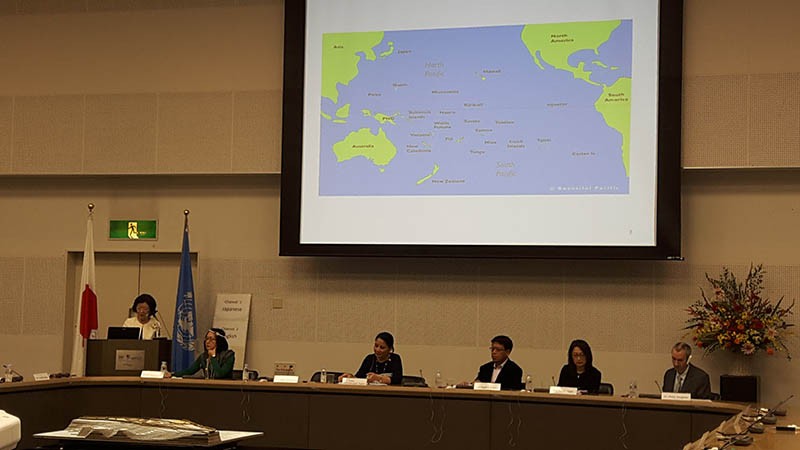 The event provided a venue for multisided opinions on tsunami-based DRR to be expressed; it also brought together specialists on gender and DRR from Japan and several Pacific countries, universities, and international institutions.

Opening the session was H.E. Mr Teru Fukui, a Member of the House of Representatives. H.E. Mr Toshihiro Nikai, Secretary-General of the Liberal Democratic Party of Japan, delivered the keynote speech, where he introduced several self-led activities to enhance awareness on tsunami. These include the Tsunami Symposium to be held on 15 December in Jakarta, Indonesia, hosted by ERIA and other related organisations.

During the panel discussion, Prof Yamanaka explained the importance of building a resilient society during 'normal' times. She further stressed the potential of women's role in reducing disaster risks and during the reconstruction process following a disaster. She encouraged the participants to 'build more women's networks and promote women's empowerment in society.'

Prof Yamanaka concluded the public session with Aristotle's quote: 'It is more difficult to organize a peace than to win a war; but the fruits of victory will be lost if the peace is not organized.'