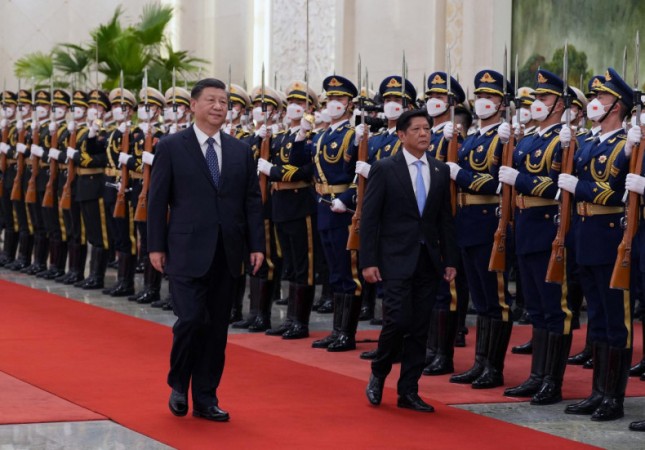 By Mr Kavi Chongkittavorn, Senior Communications Advisor: It's not an overstatement to say that the recent visit by Philippines President Ferdinand 'Bongbong' Marcos Jr to China was one of the most important visits between the two countries in decades. The outcome of the three-day trip will have far-reaching implications for bilateral, regional, and global strategic landscapes in the post-pandemic era.

Given the Philippines' highly valued location as part of the first island chain, its role in ASEAN and as a US ally, Manila has the potential to set the trajectory of issues related to regional peace and security.

Judging from official statements and comments from Manila and Beijing, Philippines-China ties have now moved upward several tiers towards a comprehensive strategic partnership. Although the gist of their bilateral ties remains in the economic sphere, bilateral strategic matters are now becoming more important and visible, reversing the trends that have hampered their relationship since 2010.

From now on, Philippines-China ties will be more stable and predictable due to three positive trends emerging from Bongbong's visit. First, both countries decided to resume oil and gas exploration discussions in the South China Sea, which Manila calls the West Philippine Sea.

The renewal of discussions, which were terminated by the previous government, would increase the possibility of future joint development. That would be one problem less for the conflicting parties in the South China Sea. If the effort is successful, it could be applied to other conflicting parties.

In addition, as part of confidence-building measures, they also agreed to set up a hotline between the two foreign ministries dealing with maritime affairs, a pivotal move that would allow both sides to contact one another without delay. Other ASEAN members also have similar arrangements, but this Manila-Beijing hotline is essential given increased reports of sea-borne troubles in disputed maritime zones.

Furthermore, the two countries also agreed to find a compromise and come up with measures that would benefit Filipino fishermen. Progress on this vexing issue is crucial for the Bongbong administration due to his political constituencies in the northern Philippines. Other functional collaboration that would further improve mutual trust includes coast guard cooperation, environmental protection, and mitigation of marine debris, among others.

Since ASEAN officially took up the South China Sea issue over the past three decades, Philippines-China relations have been serving as de facto barometers of peace and stability in the region as well as the broader ties of ASEAN and China. China's international image has been very much linked to the day-to-day situation in the disputed waters.

The outcome of the three-day visit was quite impressive, as described in the 2,450-word joint statement with an annexe of 14 agreements in various fields, including agriculture, infrastructure, development cooperation, maritime security, and tourism.

At the regional level, the Bongbong administration is pursuing a similar approach with all-around engagements with ASEAN akin to that of his father, former president Ferdinand Marcos, without the division of mainland and maritime ASEAN members. As such, the Philippines will be much closer to the group than was the case with his two predecessors, former presidents Benigno 'Noynoy' Aquino III and Rodrigo Duterte.

During the Aquino administration, the Philippines acted unilaterally, taking the South China Sea disputes to the Permanent Court of Arbitration in 2013, much to the chagrin of its ASEAN colleagues. Since the arbitration court's verdict, the two countries have been trying to mend fences but have not been successful.

Manila has threatened to implement the arbitral ruling, but so far, it has not yet done so. It does use the decisions as leverage against Beijing - sometimes overtly and discreetly.

However, under the current leadership, the Philippines is seeking cooperation rather than confrontation with China. But that does not mean the Bongbong administration will be soft. At various working groups on negotiating the code of conduct (COC) in the South China Sea, Manila remains an important and tough player in shaping the content and wording of the single COC draft, which is currently undergoing its second reading. However, after the latest visit, there could be some shifts in approach on both sides.

Indeed, friendlier ties and more joint cooperation in the South China Sea between the Philippines and China will ease further tension in the troubled maritime zone.

As one of the two ASEAN members that are American military allies, any improvement in the Philippines and China relations would directly impact the former's ties with the US. Unlike Thailand's stable relationship with the US and China, the Philippines' diplomacy towards the two superpowers has been erratic, in particular during the Aquino and Duterte administrations.

In fact, one can safely argue that from now on, Manila is attempting to walk a tightrope navigating ties with the US and China. Under the Biden administration, the role of American allies has been elevated as Washington is trying to ramp up support to counter China's growing influence.

The Philippines can be a catalyst for bringing peace and stability to the South China Sea if its agreed programmes on maritime cooperation with China are carried out in a transparent and accountable way. Bongbong is scheduled to visit China again in March for the Belt and Road Summit. He will be meeting Mr Xi for the third time within six months. Both leaders could demonstrate their mutual goodwill and produce good practices and win-win benefits.

For too long, the Philippines has been acting alone in pursuing regional issues and interests. Bongbong can make a difference by managing ties with China as well as the US while further strengthening its solidarity with ASEAN. This could transform the first island chain into a sea of peace, sustainability and prosperity.

This opinion piece was written by ERIA's Senior Communications Advisor, Mr Kavi Chongkittavorn, and has been published in Bangkok Post. Click here to subscribe to the monthly newsletter.