Opinion Piece - The RCEP Has Become More Relevant than Ever 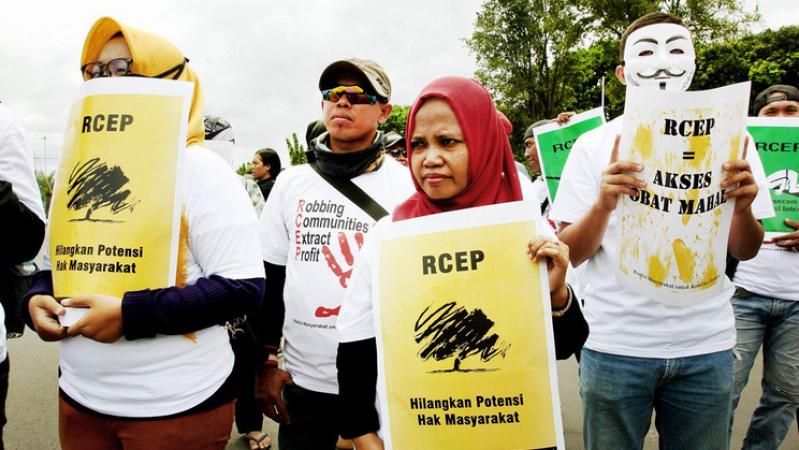 There is plenty of protectionist opposition to the RCEP, described as a "mega-regional economic agreement" involving the 10 Asean members and six FTA partners - Australia, China, India, Japan, New Zealand and South Korea. (Photo via Bilaterals.org)

When President-elect Donald Trump called the Trans-Pacific Partnership Agreement (TPP) a "disaster" and vowed to pull out of the Agreement as soon as he took office, the international media almost instantaneously pronounced the TPP dead. And in the next breadth, they shifted their focus to the less controversial Regional Comprehensive Economic Partnership (RCEP), calling it "China-led" and pitching it as the alternative to the TPP. The impression was that as one was US-led and the other China-led, they must necessarily be competing agreements. Not so. (Read the full article by using the link above)