New Pragmatism on the Rise in ASEAN 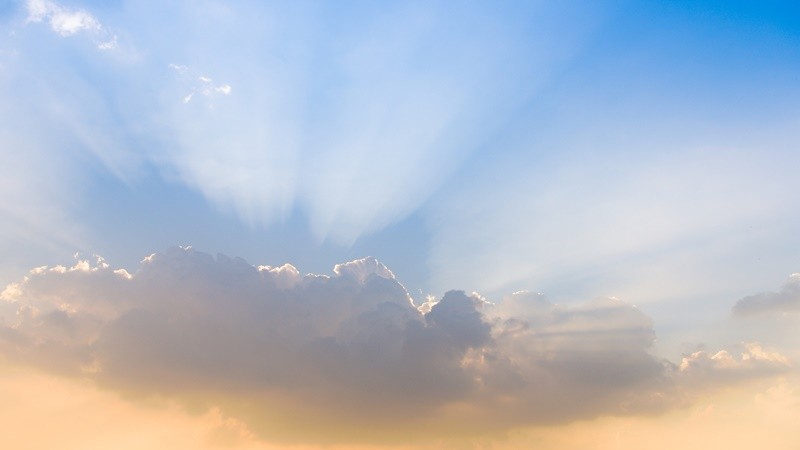 By Mr Kavi Chongkittavorn, Senior Communications Advisor: While the Myanmar quagmire will continue to dominate Asean's agenda under Cambodia and future chairs, one must not forget that the current chair must also deal with a myriad of challenges across all sectors of the grouping's ongoing cooperation. The much-awaited foreign ministerial retreat last Thursday has once again shown that ASEAN remains a closely knit, pragmatic family.

This sentiment emerged after the chair's press statement was released. Even though the chair has the prerogative on the final wording, Cambodia invited all members to provide their input, which resulted in an ASEAN-centred statement for all to see. The tone is leaning toward "engagement" rather than "disengagement" with Myanmar. For the first time in nearly a decade, the statement's section on Myanmar took up more space than the South China Sea dispute.

All the hullabaloo in the first six weeks regarding the chair's behaviour was settled once the ministers met last week. At the retreat, all members expressed support for the current chair's efforts including the headline-making visit by Prime Minister Hun Sen to Myanmar early last month. ASEAN remains united in implementing the five-point consensus (5PC).

Deputy Prime Minister and Foreign Minister Prak Sokhonn, in his capacity as ASEAN special envoy, will visit Myanmar in the second week of March. The outcome of his visit will be a key factor in determining the future status of the military junta in Nay Pyi Taw, officially known as the State Administrative Council, both regionally and internationally.

At the retreat, the ASEAN members had to wrestle with Myanmar's credentials as the quagmire entered its second year.

Speaking to reporters last week, Singapore Foreign Minister Dr Vivian Balakrishnan aptly put it that in coming days there would be so-called "administrative wrinkles" that the ASEAN members will have to smooth out.

There will be some documents that all ASEAN members have to sign. The question most often asked is, who will sign on behalf of Myanmar?

The first document in question is the Treaty of Amity and Cooperation in Southeast Asia (TAC). In order for six more countries -- namely Denmark, Greece, the Netherlands, Oman, Qatar and United Arab Emirates -- to be formally recognised as observers, all 10 foreign ministers would have to sign the Instruments of Accessions to complete the process.

For the time being, Myanmar has been skipping Asean meetings without dispatching its non-political officials.

Some ASEAN members have come up with the idea to allow Foreign Minister Wunna Maung Lwin to sign on behalf of Myanmar, which would be followed by a joint statement by the rest of the group which explicitly says the minister's signature does not confer legitimacy to the SAC and its actions. These are some of the delicate issues with which Asean will have to come to grips with.

In the next few weeks, the SAC has to show that they have made concrete and sufficient progress in implementing the 5PC to deserve further support, otherwise there could be some dramatic changes of heart among "old" ASEAN members and key dialogue partners. Washington, in particular, is closely watching the manner with which Asean is engaging the military junta. That could be one reason why the US keeps changing the date of the proposed special Asean-US summit in Washington DC. While the White House has confirmed that it will now be held in March, the exact dates have yet to be announced.

Indeed, this summit would allow the rest of the world to gauge the future of SAC and its nemesis, the National Unity Government. The US Congress is pressing Washington to recognise the NUG. Just as Myanmar is the only ASEAN member not to be invited to the Ministerial Forum for Indo-Pacific in Paris this week, Myanmar also looks set to be the only ASEAN state not to be invited to the summit in DC.

If there is significant progress during Prak Sokhonn's planned visit, especially pertaining to end of violence, access to all stakeholders and sites for humanitarian assistance as well as some time line for political dialogue, Myanmar's status within ASEAN could change in the next few months. In addition, this time ASEAN foreign ministers encouraged the special envoy to coordinate closely with Noeleen Heyzer, the special envoy of the UN Secretary General on Myanmar. Kudos to Thailand for the initiative.

Beyond Myanmar's quagmire, the chair outlined a total of 13 priorities in all three pillars -- political and security, economic and social and culture -- of the ASEAN community with 38 deliverables, one of the biggest expected outcomes in the grouping's history. At the very least, there will be seven documents that will need the leaders' vetting and approvals.

Given Cambodia's long history of civil war and struggle, one priority which stands out is the promotion of the role of women in peacekeeping operations. The country has come this far partly due to its long-term association with United Nation peace efforts, which helped usher the war-torn country to where it is now.

The chair will set out an unusual agenda for ASEAN political and security cooperation, which will include promoting peacekeeping operations and enhancing women's roles in peace and security, especially in the removal of landmines and explosives used in wars around the region.

As such, Cambodia will become the first country in ASEAN to seek to promote the interests and roles of women in conflict prevention, conflict resolution, peacekeeping as well as in the implementation of the Asean Comprehensives recovery framework. At the UN level, both Thailand and Indonesia are also active in promoting gender equality in the UN peace keeping operation. All ASEAN members have taken part in the UN-sponsored operations around the world in one form or another.

Other agendas on this pillar continue to build on previous chairs' achievements, especially efforts to strengthen Asean's centrality and Asean-led mechanisms in upholding peace, security and prosperity.

Cambodia hopes that all global powers, especially the grouping's dialogue partners, would use Asean as the platform to exchange views, so they could come up with win-win solutions that promote stability and cooperation in the region.

Coming up with a vision for ASEAN post-2025 and promoting sustainable development are big challenges which all members also have to tackle. In the aftermath of the pandemic, effective ways must be found to synergise the grouping's sustainable development schemes with the UN 2030 agenda. The challenge is to enhance the protection of migrant workers, narrowing development gaps in order to strengthen regional integration and promote climate resilience, as well as supporting digital transformation.

In economic affairs, Cambodia has ambitious goals. The chair wants to realise an inclusive, sustainable and resilient post-Covid-19 Asean community. The chair would also like to increase the grouping's competitiveness and regional integration, especially with the Regional Comprehensive Economic Partnership having come into effect last month.

In addition, the chair is focusing on narrowing the development gap through programmes for Cambodia, Laos, Myanmar, and Vietnam (CLMV) region and other frameworks to promote equitable economic development. To promote tourism in the post-Covid-19 era, the chair has taken the initiative by launching a comprehensive study on ways to enhance tourism sector professionalism.

To enhance Asean-related summits, Cambodia has prepared two side events which will showcase Asean's economic dynamism. The first is the ASEAN Global Dialogue on Post-Covid-19 Comprehensive Recovery, and the other is an ASEAN Women Leaders' Summit on the theme "Building more Sustainability, Inclusivity and Resilience: Unlocking Women's Entrepreneurship in Asean'.