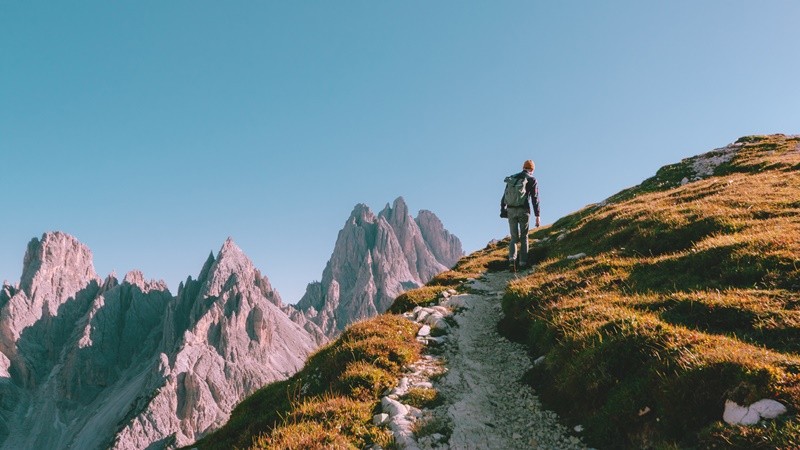 By Mr Kavi Chongkittavorn, Senior Communications Advisor:  Today is the first anniversary of the Feb 1 seizure of power by the Tatmadaw in Nay Pyi Taw. Over the past 12 months, the overall situation in Myanmar has gone into a downward spiral and all the progress and positive developments made since 2011, when the country proudly opened up, have gone into the dustbin.

Now, the new ruler, the State Administrative Council (SAC), is facing difficult challenges that will tear down the very fabric of Myanmar's society if no compromises can be found in the near future. The regime's brutality over the past year has further deepened anti-SAC sentiment. If the situation in the Year of the Tiger remains as stalled as it was in the previous year, the prospects for peace, even with ASEAN engagement at full throttle, in the coming years will be of little value.

It is therefore imperative that the SAC and all conflicting parties be aware of and understand the unseen and unpredictable dangers that are lurking ahead. As the crisis enters its second year, several emerging entrapments both in and outside Myanmar must be discerned.

First and foremost, will there be a ceasefire between all conflicting parties? This perennial question cannot be answered or implemented by a single party. The SAC has declared a unilateral ceasefire until the end of the year. No parties have heeded the Tatmadaw's call. Obviously, it will take a collective decision from all parties concerned including, the National League of Democracy (NLD), the Ethnic Armed Organizations (EAO), the National Unity Government (NUG) and its military arms, the People's Defense Force (PDF), to sit down at the negotiating table. Only the people of Myanmar can do that with trusted facilitators.

All sides have taken advantage of the dry season, which will last until May, to launch armed assaults against their opponents whenever and wherever they can, causing increased casualties and human suffering. By the end of this dry season, all conflicting parties might perhaps come to realise that none of them can win on the ground. There must therefore be a formula designed to stop the fighting and save lives for the time being so that humanitarian assistance can flow in.

Some of the key militant protagonists including the Karen National Union (KNU) could have a better chance of agreeing to a ceasefire than the PDF. In various places, the clandestine PDF teams have been quite effective in disrupting official routines both in the capital and rural areas. In addition, private militia groups, which have emerged, could pose a problem due to their growing numbers.

The NUG's role in the coming months has to be discerned. At the moment, politicians in Western democracies have given recognition to the NUG; however, their national governments still maintain diplomatic contacts with the SAC. The exception is the UN Credential which still recognises Myanmar ambassador, Khaw Moe Thun, the UN representative of the deposed civilian government.

The status of the NUG will be further discussed at the upcoming Asean retreat, which has been rescheduled for 16 and 17 Feb in Phnom Penh. At least two ASEAN members want further clarity on this issue to build up pressure on Nay Pyi Taw. During the virtual dialogue with Senior General Min Aung Hlaing last week, Prime Minister Hun Sen told his Myanmar colleague Asean could switch recognition to the NUG if there is still a lack of substantive progress in implementing the Asean Five-Point Agreement (5PC) in the coming months.

In fact, the status of the NUG is also under close scrutiny. It has recently gained more recognition worldwide. Its armed wing, the PDF, has received support both from inside and outside the country. What is interesting are the current condition of the NUG's ties with the NLD, especially its NLD members residing outside Myanmar. According to a note drafted by Daw Aung San Suu Kyi's lawyer, the NLD's de facto president denounces the violence.

It is widely known that Ms Suu Kyi does not support any use of the NLD name in relation to the NUG. In the note written by Daw Min Soe, one of Ms Suu Kyi's legal team, Ms Suu Kyi stressed that almost all members of the NLD Central Executive Committee have been arrested, so any announcement coming from the NUG will not be official and it "will not be responsible".

She has made clear that the NUG announcement does not follow the rules and regulations of the NLD party. According to a diplomat who had close ties with Ms Suu Kyi, the setting up of the PDF was against the NLD wisdom of denouncing violence. The note also said that those who have left the country and are releasing announcements under the name of the NLD can cause problems for the Myanmar people. In fact, the NUG's call for a "people's war" could cause negative impacts in the future now that targeted killings by all conflicting parties have increased during the past five months.

The SAC and NUG representation at the Asean meeting will remain a point of contention as long as the military junta has not fully complied with the 5PC. It can be argued here that Nay Pyi Taw knows exactly what to do next, either to enter into a serious ceasefire or kick off a political dialogue. Truth be told, the SAC still has a small window to make positive moves if it so desires this year.

This is the first time that the ASEAN chair has kept a deadpan face when discussing the possibility of the grouping switching recognition. At last year's Asean ministerial meeting, Brunei threatened to recognise the NUG if Myanmar Foreign Minister Wunna Muang Lwin refused to accept the joint communiques as drafted by ASEAN.

Until now Hun Sen, who has bet his nearly four-decade political legacy on progress pertaining to the Myanmar crisis, was sanguine in discussing the dire situation. Citing his experience dealing with Asean and the international community, he suggested Myanmar implement the Asean peace plan, which has similar elements to the junta's five-point roadmap, and welcome the Asean special envoy, Deputy Prime Minister and Foreign Minister Prak Sokhonn. After the retreat, he has scheduled a visit to Nay Pyi Taw to meet with all the stakeholders.

On Jan 29, Prak Sokhonn briefed the UN Security Council about the "extreme complexity" of the situation in Myanmar and humanitarian crisis. He pointed out that Hun Sen's trip was aimed reengaging Nay Pyi Taw to implement the 5PC and that the first visit of the ASEAN special envoy could take place in order to facilitate peace talks.

Earlier, Deputy Prime Minister and Foreign Minister Don Pramudwinai wrote a letter to all his colleagues urging Asean to further consolidate and strengthen solidarity regarding the Myanmar issue. Prak Sokhonn has urged the SAC to dispatch a senior non-political official to attend the retreat. Since the coup, senior non-political officials have attended numerous Asean meetings without any fuss. Somehow, under the Cambodian chair, the representation and credentials have suddenly become controversial. At issue has been the grouping's concern that the chair would invite the junta leader without the usual Asean consensus. That was not the case even though the chair has the prerogative to invite any leader to join Asean-related summits.

The chair has decided that the 40th and 41st summits should be held back-to-back in November. By that time, there should be substantial progress in implementing the ASEAN 5PC. As Singapore Prime Minister Lee Hsien Loong hinted at the other day, without progress on the 5PC, Asean should keep its decisions on Myanmar intact.

On a positive note, the SAC has recently released a moderate NLD senior official, Han Thar Myint, which has been interpreted as a positive move by Yangon-based diplomats that the SAC is preparing to start a political dialogue with the NLD politicians who still reside inside the country. Nay Pyi Taw has made clear that the NLD remains a legitimate political party.

At this juncture, the overall situation is still bleak as armed struggles continue to bring untold suffering to several hundreds of thousands of civilians. However, with a more dynamic Asean chair and more talks among Asean leaders, there could be tangible progress on the horizon. In order to return to the ASEAN family's embrace, Nay Pyi Taw has to be more forthcoming about Asean's recommendations.

This article marks the first anniversary of the coup d'etat in Myanmar.