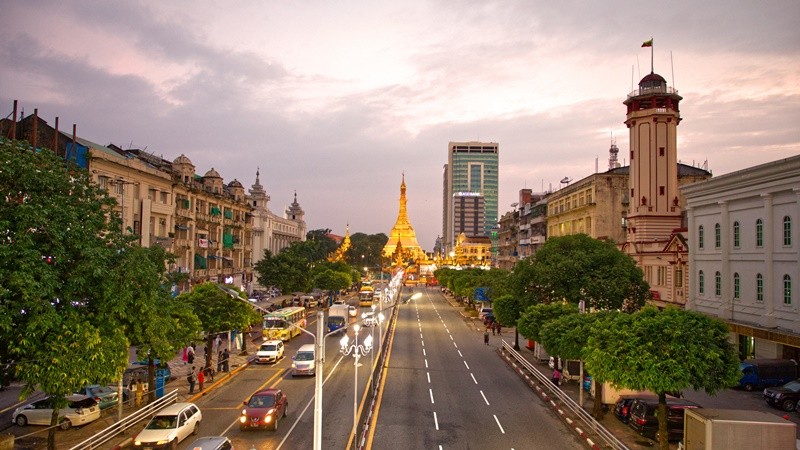 By Mr Kavi Chongkittavorn, Senior Communications Advisor:  The recent call by Indonesian President Joko Widodo for a meeting with his colleagues on the Myanmar crisis is gaining traction. It is now possible to say that the proposed leaders' meeting could take place at the end of this month, after the Songkran break and the Muslim Ramadan festival.

Senior Asean officials will have to decide tomorrow whether to have the physical meeting either in Bandar Seri Begawan or the Asean Secretariat and the preferred date. Both places have their own merits in discussing the Myanmar crisis. Therefore, the right timing is imperative for a face-to-face rendezvous. Asean has learned to its cost that a teleconference on the Myanmar crisis could cause harm and bitterness due to the lack of clarifications and personal rapport in virtual meetings. This time, the Asean chair wants to ensure that all Asean leaders, including Senior Gen Min Aung Hlaing, join the meeting.

For the time being, severe criticism directed at Asean for the absence of stronger responses to the Feb 1 coup will continue. Truth be told, in comparison with the past, Asean has been more collectively assertive in pressuring the junta to do the right thing -- halting the bloodshed and the use of lethal weapons, releasing political detainees and starting the dialogue and reconciliation process. Furthermore, Singapore, Malaysia, Indonesia and the Philippines have been more vocal and called for broader engagement with the international community, especially the UN. All actions by its members -- a kind of division of labour -- are aimed at persuading the junta to seek a peaceful political resolution.

The uptick in deaths, which now, in the 10th week total more than 550, has prompted the Asean family to step up peer pressure against the rogue family member. The call for a leaders' meeting in response to a coup in a member country is the first in the annals of Asean and it will have far-reaching ramifications for the bloc's future behaviour towards any similar political crisis. Indeed, although Asean has no time to waste, the timing and entry point are the most crucial elements. With the summit scheduled for later this month, the Asean leaders are trying to create a breathing space for all parties both inside and outside the country to kick off dialogue. They have reached out to their dialogue partners asking them to support the bloc's ongoing endeavours.

Last week, Chinese State Councillor and Foreign Minister Wang Yi met and held talks with his counterparts from Singapore, the Philippines, Malaysia and Indonesia in Fujian. Besides the situation in Myanmar, they discussed bilateral issues related to Covid-19 vaccines, the promotion of tourism and strengthening of overall ties. China has expressed strong support for the upcoming Asean summit. These multiple meetings were significant as China needs their support for the upgrade of China's status to be a comprehensive strategic partner. If Asean agrees, China will be the first to be accorded such a prestigious status.

Asean is eager to come up with an action plan and specific timeframe for future actions inside Myanmar. At the first informal foreign ministerial meeting, Asean made clear they stood ready to assist the new regime. In the near future, the bloc must also agree on a common decision with the junta as a new crisis is rearing its head -- the emerging humanitarian issues involving the lack of food, medicine and energy. As widely reported, the worsening public health security is taking a toll on innocent civilians in the midst of the Covid-10 pandemic.

Over the past few days, sporadic fighting between the junta's troops and armed ethnic groups across from the Thai border has already caused an influx of refugees. More than the Thai officials would like to admit, the porous Thai-Myanmar border is currently very tense. Yesterday 140 people from the conflict zone already crossed over to the Thai side, confirming Bangkok's pledge not to turn them away, as was initially widely reported. At the time of writing, the Third Army Region had set up two dozen reception centres in Ratchaburi, Mae Sot and Chiang Rai with the combined capacity to hold 40,000 refugees. Due to the disruption of public health services inside the country as a result of the civilian disobedience movement, a serious humanitarian crisis could unfold.

When the Asean leaders meet, they could set up the so-called "Friends of the Chair" to help with future engagement with the junta. This formula will allow the chair to pick two or more members, either from the members or dialogue partners, to assist its efforts. As one of the most directly affected by the Myanmar crisis, Thailand would certainly be included in any modality. Lest we forget, personal trust, especially leaders with a shared political history and culture, is pivotal for any viable solution.

Meanwhile, a parallel Track 2 meeting is also under consideration. The informal meeting will comprise representatives from all stakeholders and aims to come up with some modalities for further engagements. If the concerned parties, the junta and Committee Representing Pyidaungsu Hluttaw (CRPH), are not willing to hold talks directly, they could do it through interlocutors, something similar to the proximity talks used during the Cambodian conflict when the rival parties were not ready to meet face to face. Jakarta used to host such informal talks in the 1980s.

As such, future support from the US and China is crucial, especially to guarantee that demands and interests of protagonists will not be undermined. At the Alaska meeting, both superpowers discussed Myanmar and were on the same page in that stability in Myanmar is crucial to regional peace and stability. According to the Chinese-language media, the Myanmar crisis was one of the issues discussed.

Beyond China and the US, Japan, as a member of the Quadrilateral Security Dialogue, has tried to prevent future fighting between the armed ethnic groups (especially the Karen National Union) and the Tatmadaw. It's well known in the Yangon-based diplomatic community that Japanese ambassador Maruyama Ichiro and Japanese special envoy on Myanmar's national reconciliation, Yohei Sasakawa, have good contacts and relationships.

It remains to be seen how the civil disobedience movement will face the Tatmadaw's armed resistance in the coming days. Further engagement with Asean and jump-starting the dialogue and reconciliation can only begin when the junta is confident of its overall control while the CPRH politicians continue to raise their bargaining power through all available means to resist the junta.

These parallel efforts manifest the desire of regional players, in particular Asean, to manage their own internal conflict without inviting the kind of covert intervention from outside as has been seen in Syria, Libya and elsewhere.

Asean leaders are mindful of the importance of their role in Myanmar's exit strategies and thus have to weigh all pros and cons without rushing in. With Brunei Sultan Hasanal Bolkiah in charge, unexpected consequences are not an option.